This episode of the Flash takes us into Barry’s new life as he settles into his new relationship dynamics. His excitement for his date with Iris is dorky as usual. Their awkwardness as they try to navigate this unique experience is fun to observe, especially as they try to dodge bringing up anything related to the Flash being the Flash. 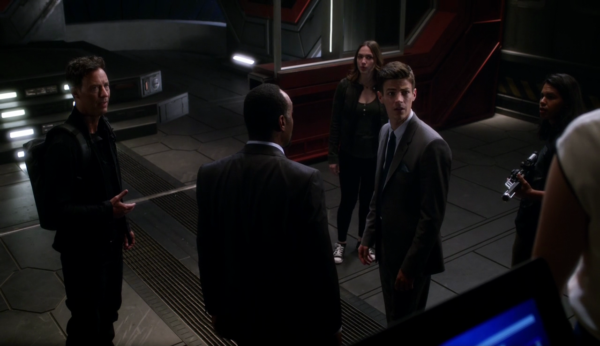 Another wrench is thrown into Barry’s life as a portal from a different Earth reopens and spits out Harrison Wells and his daughter Jessie, who appears as a new speedster. This was something foreshadowed in the previous season (for comic book fans at least), and her awakening as a speedster is not entirely unexpected. 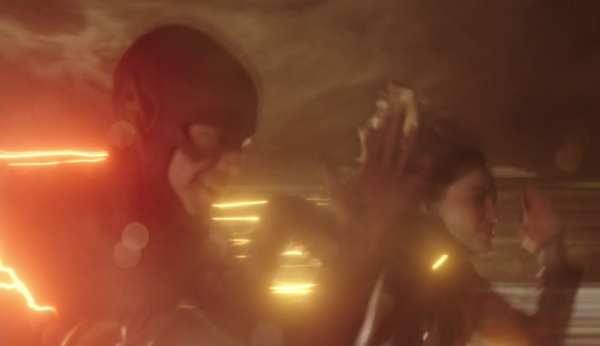 It’s interesting as we observe more of Barry’s Flashpoint shenanigans come out with our ‘villain’ of the week. There’s a bit of drama in this episode, when we see an abusive adoptive father and his clearly fearful kid and wife. The daughter’s powers erupt with a bang, sending the family-beater flying in sparks. Electrifying. 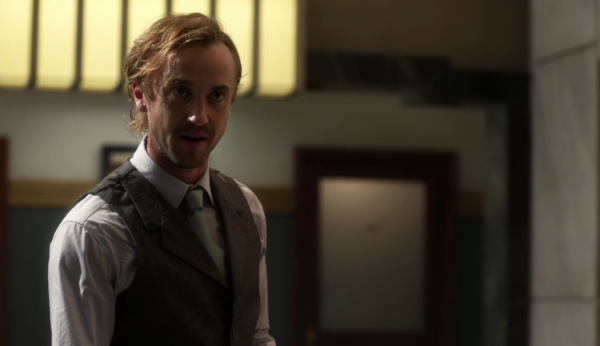 I like seeing how Julian really comes across as a very somber though nonetheless brilliant member of the police force (and the cast), as he quickly figures out that the daughter in her persona of Magenta is responsible for the attack. Although one might question his wisdom in confronting a metahuman up front, he’s certainly dedicated to the job. Perhaps there’s a reason for his intensity towards metas? 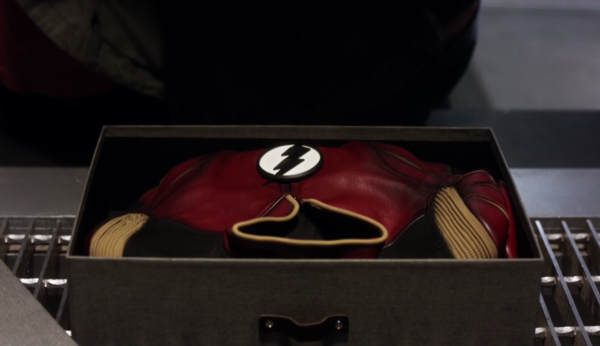 We jump to another plot point that’s going to be tackled this season – Wally as a speedster. Being affected by the same Dark Matter wave, Wally’s own speedster powers are yet to surface – we know this is a matter of time, though, especially with his run as the Kid Flash in the Flashpoint universe. More foreshadowing! 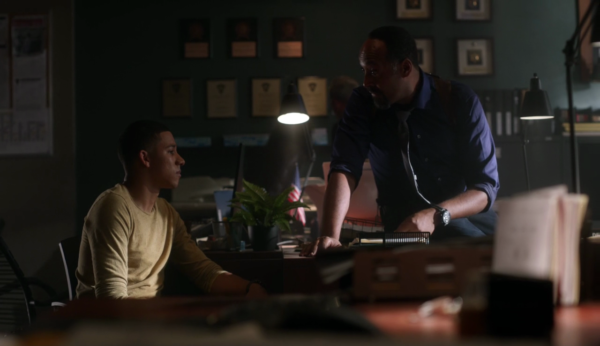 But for now, we’re dealing with his desire to be a speedster and his current situation of being a regular human, mostly through interactions with his dad, Joe. This goes for Jessie as well and her dad Harrison. A lot of parent-child interaction in this episode between the speedsters (Barry had his, the last episode). The Flash really has been leveraging the interactions between fathers and their family a lot, ever since it started in Season 1, which makes it probably one of the more family dynamic heavy superhero shows currently on the market. 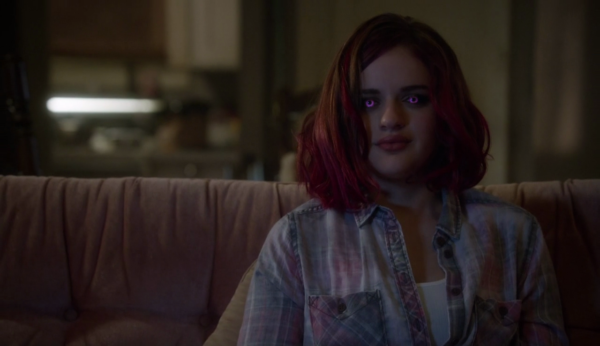 Another thing to note is the foreshadowing as well of Caitlyn’s own Frost powers. This is something I expect we’ll see within the season.

The finale actually hits this point again, with Magenta overcoming her desire to hurt her adoptive father, thanks to a heart to heart with the Flash. Of course, he is only able to do this with the assistance of Jessie, who whips up a whirlwind with her speed – which seems to be on par with Barry’s own speed. I hope to see more of a difference between Barry’s level of speed versus other speedsters though, since they all seem rather similar. Still, Jessie’s costume is given a quick feature! Hope to see her in it soon. 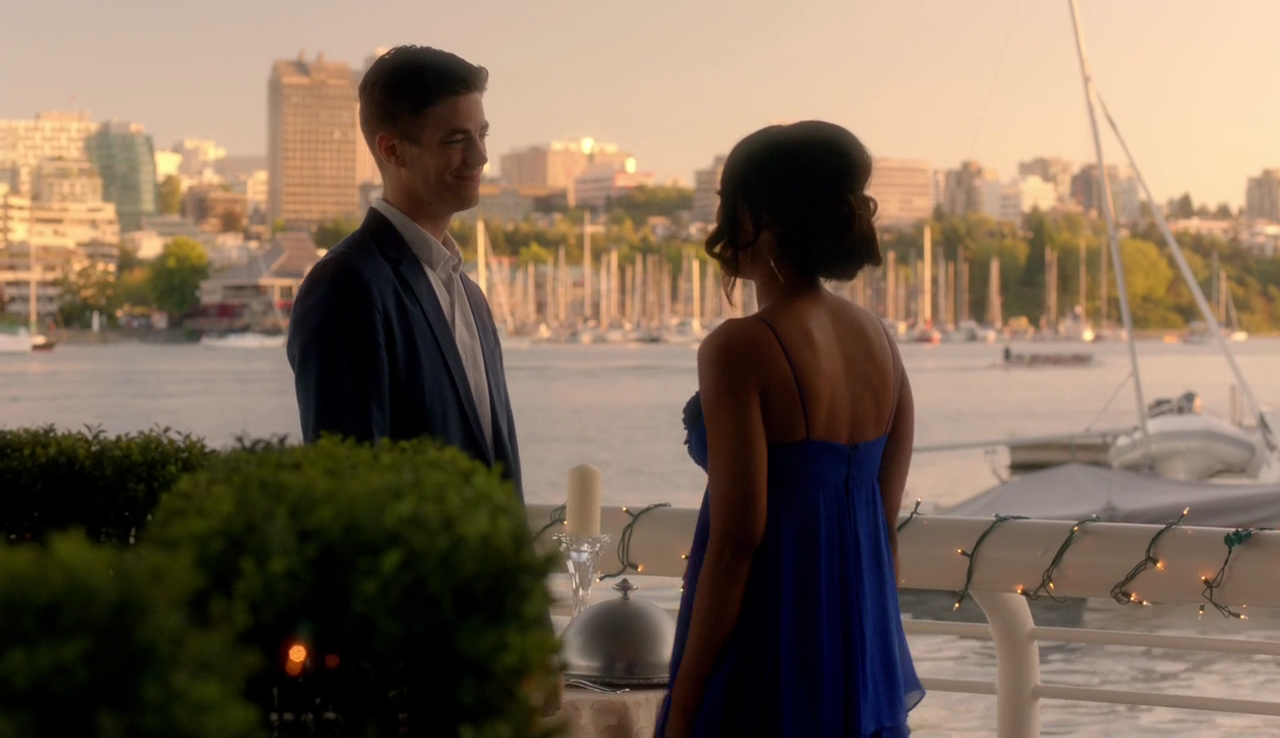 This episode ends with Barry and Iris on another date, but this time around with a little introspection helping them add spice to things – namely having a date with superpowers. I’m not really sold on how they presented it, although I get the idea that they shouldn’t ignore such a big thing as Barry being the Flash in spending time together.

So life goes on in this post-Flashpoint world with Barry. It’s really interesting though seeing how Harrison and Jessie (protected in a different dimension altogether) are also seeing the little ways that Barry’s time hopping has affected the Earth One timeline. Especially Alchemy as their major foe, I’m sure that there’s someone interesting behind that mask. Until next time!