(There’s a bit of spoilers by the end of the article, you’ve been warned!)

Dark Phoenix is the last movie in the X-men rebooted franchise by 20th Century Fox before they turn over their rights to its “rightful” owners, Marvel Studios. The film’s events directly follow those after Apocalypse, and this time, the mutants are now admired and needed by the human race for their superhuman talents in order to save the world. The story revolves around one of the X-men’s key members, Jean Grey (Sophie Turner), and her struggle to contain the mysterious Phoenix Force inside of her. Powerful mutant mentor Charles Xavier (James McAvoy) attempts to help her up until the point the force becomes too difficult to control and endangers her biological father, her mutant family, and humankind.

While I personally liked the movie, it has drawn a lot of flak from the film critics. Here are some of the points they have made, and what I think:

Logan is the proper finale to the X-men film series. Dark Phoenix… is so disappointing that it doesn’t deserve that honor.

Yes, it doesn’t, because I’d like to think of Dark Phoenix as the transitory film from Fox to Marvel, and perhaps a way to tell Marvel, “I leave it to you!” but mess it up in the grandest ways possible to pose a challenge to the latter studio. Either that, or it’s because Logan’s setting and story line is set well into the future, making it the de facto finale of the series.

…It also has distracting similarities to the recent superhero blockbuster Captain Marvel, from the hero who absorbs limitless cosmic energy and gets tracked down by shapeshifting aliens, to the disturbing subplot about women getting psychologically manipulated into suppressing their emotions in order to neutralize their agency and/or power.

Oh, oops! I agree with this. The hey-lady-control-your-emotions trope is getting real old since 2017’s Wonder Woman. However, all characters ultimately acknowledge their emotions are the regulator of their powers and proceed to defeat their enemies. #GirlPower (Haha!)

The story leans hard into drama, but there are choices here that feel straight out of the 1990s X-Men cartoon.

Goldberg proceeds to enumerate how the recent X-men movies have a messed timeline, with the characters not aging since X-men: First Class, the presence of flat-screen panels in the ’90s, and Holocaust survivor Erik Lensherr remaining to have the facade of the good-looking Michael Fassbender. I agree with this to a certain level, because the historical inaccuracies make the movie jarring to look at. Even the ultra-high tech anti-mutant train is out of its time. On the other hand, all other X-men movies have always shown the mutants to have tech ahead of its time due to them having a lot of resources and intelligent mutants at their disposal. Also, delayed aging could be the X-genes‘ side effect, or I am defending too much. 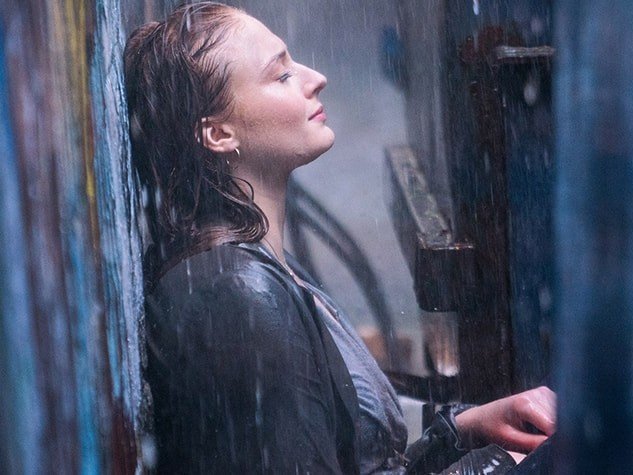 Overall, while X-men: Dark Phoenix has its cheesy and not-so-thought-of scenes (might as well call it X-women, am I right?) it still has strong points where its potential for a noteworthy movie was shown, such as the part where Jean used her telekinesis to make paraplegic Xavier walk up the stairs, that was sick). Now, we are left to wait for the X-men franchise to be re-envisioned by Marvel.

Bonus: I don’t know if I loved or hated it, but this EXACT scene showed up in the movie.

Special thanks to MMD Philippines for the special media screening.