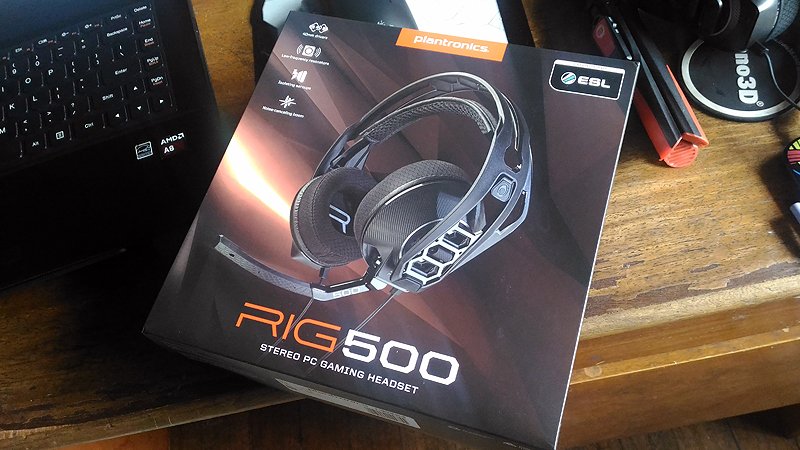 Fresh off the Plantronics Media Launch last night, I was able to purchase the base of Plantronic’s Gaming Headsets, The RIG 500. During the on-site demo, me and Rnovino from Pinoy Screen Cast was impressed with the sound cancelling capabilities of it’s higher tier brother the RIG 500HD.

The headset apparently is also endorsed by ESL, one of the oldest and biggest esports organization (as their FB page states). Actually I was caught unaware that the RIG series is THE RIG that you can see in League of Legends tournaments being used by the pros.

Since I was also looking for my own mic to use for our other videos, I was sold on it. And it was sold at a discounted price that night. So me and Rnovino pulled out our wallets to get the HD but it was apparently sold out. So instead we opted for the one you can see in the unboxing video below which thankfully has the same mic quality as it’s HD brother.