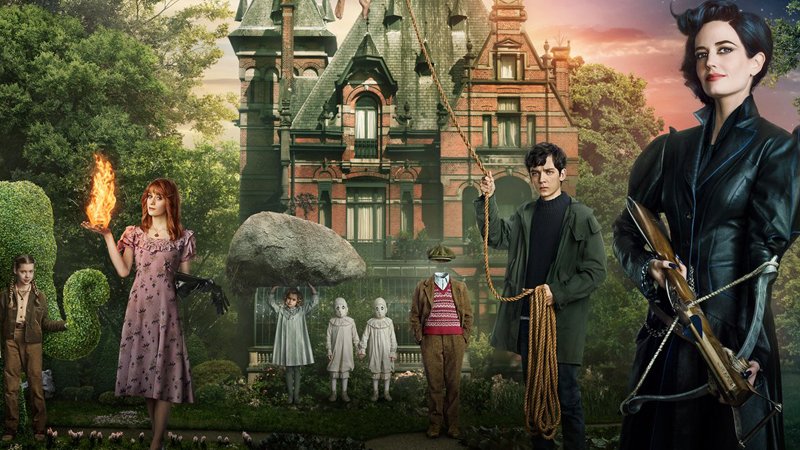 Book to film adaptation has been a sketchy affair for Hollywood for the past few tries with the audio visual medium failing to capture the beauty of it’s written counterpart. While this is true to tons of already popular books, some of these adaptations is a good gateway film for those who aren’t so familiar with the source material. This rings true to this film adaptation of Random Riggs‘ breakout novel, Miss Peregrine’s Home for Peculiar Children.

The movie, as I was told, follows the narrative that the still ongoing series has set. With some key elements of the story such as character’s peculiarities and plot devices getting the overhaul by director Tim Burton. And also, I was told that the movie itself has had a condensed version of the book series.

I do hope however, that this is kind of clear that I personally have not touched the book as I do this review. So if you’re looking for a more book-to-movie comparison, I’d suggest that you look a different review. With that said though, I would have to admit that the movie did spark interest in me to actually go out and buy the book. Which considering the initial premise, I would just ignore if it was dangling in front of me in a book store.

So before I continue with my thoughts of the review, here’s my usual checklists for the movie:

One of the things that I was afraid of when I watched the movie is that this is going to be a movie that panders to readers of the book and that I’d be alienated with the whole premise of the story. But thankfully, the movie allows ease of entry to the world Random Riggs’ has set up.

There is enough exposition that allowed me, a newcomer to the whole world this movie is based on is given enough info to understand how the world works. 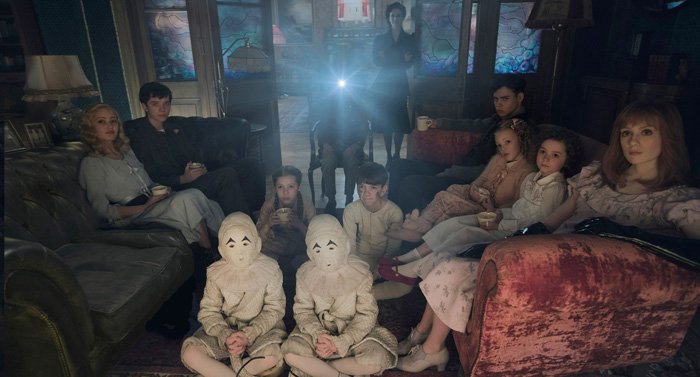 One of the things I really liked about this movie is that it has a certain off-beat feel you normally wouldn’t experience in film adaptations. It had more of a Series of Unfortunate Events vibe in terms of how the movie was adapted. This gives the movie it’s unique charm considering the already overused, coming of age type of underlying premise.

Another thing about the movie is the main character Jake, played by the now really lanky Asa Butterfield. He was the worst hero I’ve seen on the screen lately. But that’s a good thing. I liked that he really sucked whenever he had those “hero” moments on screen because he was just thrust into the whole peculiar world at the start of the movie. And as he grew into his role as the story progressed, he still sucked on some aspects but his sudden progress on other leadership elements are believable that it doesn’t take you away from the movie.

One of the main reasons why I wanted to watch the movie in the first place is that the headmistress was being played by Eva Green. And she did not disappoint in this outing. She was able to portray a real classy nerd especially on one scene and I really loved her at that moment. As always, she was able to steal every scene she was in and I would not expect any less from her.

The Hollows are creepy as hell 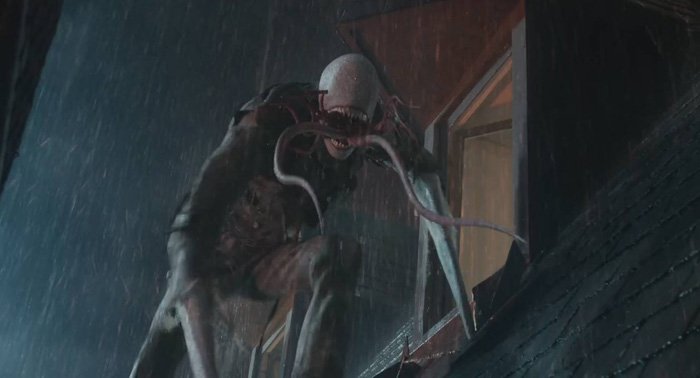 I know, I know, the hollows here aren’t the same hollows from Bleach. It’s the shortened name for Hollowgast or the monsters in this world. Normally CG monsters don’t bring chills to me, since I’ve gotten used to them due to various games, but the way they designed the hollows in this outing just brings shivers down my spine. And they were able to show them on-screen that they bring enough tension to progress the story along.

I’m not sure what happened, but this is a really bad outing for Samuel L. Jackson as the hollow leader Baron. He was really good as the megalomaniac Valentine in Kingsmen: The Secret Service, but in this movie he just failed to deliver. He seemed like he was just shouting all over the place, which normally would’ve been good in a different movie and villain. It just didn’t work here.

While I would have to say that there were some moments that he was awesome. Especially those moments where he would throw a line or two. But at the end his Baron was just a throwaway villain. And it feels like a let down when the character is just ripe to be more than what you can see on screen.

One dimensional side characters

One of the things I didn’t like in this movie is the way the side characters are too one-dimensional that it’s pretty obvious they are throw away characters. While I kind of expected this with the way the children were setup, it would’ve been a nice gesture that these characters had a bit more, well, character.

One of the things that I didn’t like much in the film is the way the movie feels like it’s like any other movie that has the same premise. I felt the movie could’ve done more than in this regard. But then again this is more of a nitpick that is easily set aside.

Overall, Miss Peregrine’s Home for Peculiar Children is one of those book to film adaptations that is pretty decent. The cast is solid when it terms to their performance even if most of them are basically newbies. The movie is pushed through by a predictable plot line but carried forward by the stellar performance of  Eva Green and even Asa Butterfield. While Samuel L. Jackson‘s performance as the main antagonist is subpar considering his previous performances. He still brings enough to make the movie an enjoyable romp into the world where peculiar children exist.

The movie is good, but it lacks a bit more punch to make it great. Still, this is one of those movies that you’d like to have at home and rewatch. Also, this is a good movie in terms of being an entryway for people who’d like their friends to get into the book series.

Miss Peregrine’s Home for Peculiar Children is now showing in the Philippines.