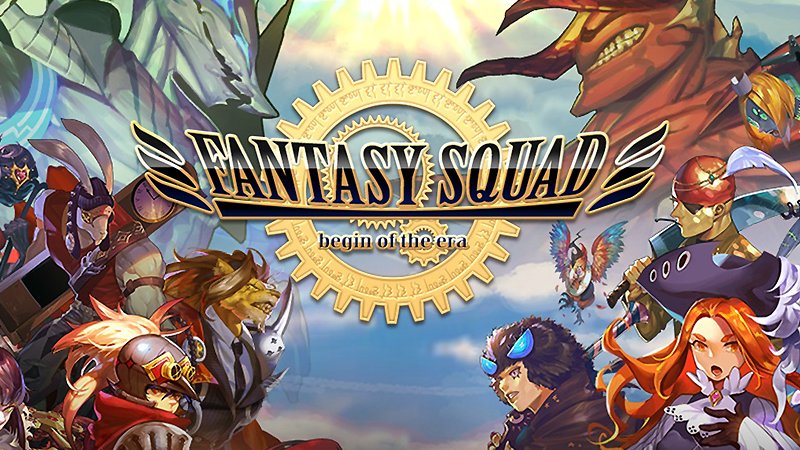 Onplay Corp. is going full force with their latest F2P title, Fantasy Squad, with a series of community events set to start today till the 2nd of October.

The various events will reward players tons of in-game premium currencies, equipment and experience tickets for those participating in the event. Here’s the complete list of the events for the game: 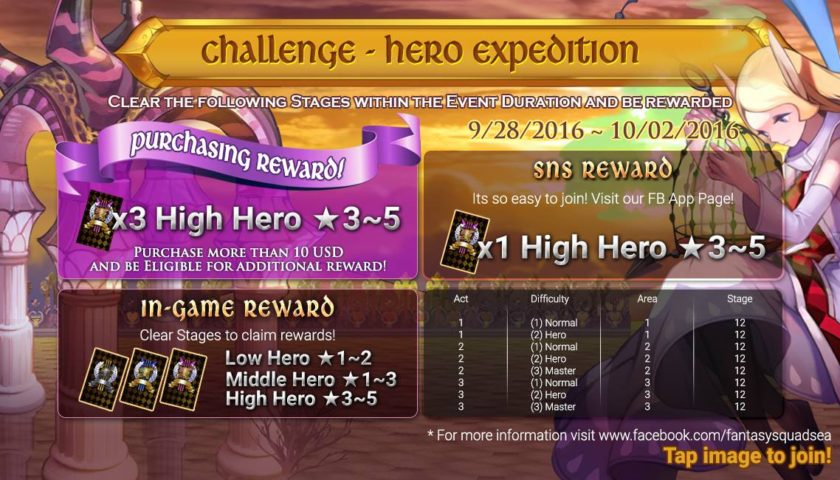 The Expedition Adventure Events, segregated into four types will be giving away rewards of more than 5K jewels! This is on top of the various Heroes, equipment, exp. tickets and are also going to be given away. Players would need to clear all stages and send a screenshot to the Fantasy Squad fanpage. Players would also need to tag a friend to play Fantasy Squad. Onplay Corp. is also giving an additional reward if you have purchased more than 10 USD during the event duration.

Meanwhile, their PvP centric event, PvP Bloodshed is giving away a total of about 4k jewels. The process is also the same with the Event Expeditions where you need to send screenshots of their quest clears. In this event however, players need to clear Arena Conqueror and Rumble Battle Results. You also need to tag your friends to play Fantasy Squad as well. And the PvP Bloodshed event is  also giving away the same additional prize for those who purchased items that are 10 USD during the event.

For more details you can just head to the Fantasy Squad fanpage. You can download the game on the Google Play Store here while you can download at the iOS app store here.