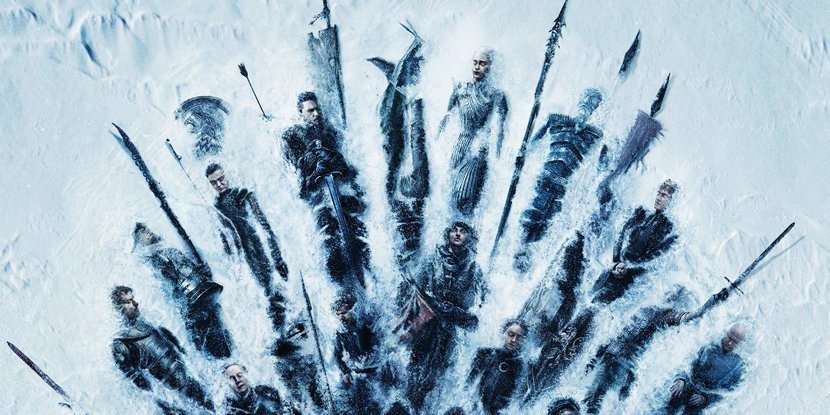 With less than one week left before the beginning of the end for the series, or even as far as when the series first began, there are a lot of speculations with how the Game of Thrones will end. The books have always been conclusive when the show isn’t, but George R. R. Martin stopping at the fifth book of the A Song of Ice and Fire series and letting the show run its course brings a lot of uncertainty on to how the story culminates.

Below, we run down the possible outcomes and plot points based from popular fan theories supported by book lore:

No one will survive, and there will be no throne.

With the multitudes of White Walkers set of overwhelm everybody in the realm, this is the ultimate Endgame (wait…). At this point in time, all the squabbles relating to the throne will be for naught, as there will be no throne left to usurp or defend. One possible combination could be Jon Snow wins the throne, but dies attempting to save the realm from the Walkers. If this happens, the Night King will be the overall winner in the game.

In the Clash of Kings book, it was prophesied in the House of the Undying that Daenerys will experience three betrayals in her lifetime. The first betrayal will be for gold, and it is with Jorah Mormont trading her whereabouts for royal pardon and reward. The second betrayal was for blood, with Mirri Maz Duur sabotaging Khal Drogo’s and her unborn son Rhaego’s life as revenge for what the khal has done to her tribe. Now, we are left with a third, unknown one: a betrayal for love. Possibilities include Jon doing all that Azor Ahai jazz or just Jon being the more legitimate Targaryen. Another forgotten possibility could be the reappearance of Daario Naharis, who she left to his own devices in Yunkai with (drum roll) the Golden Company. Think what you will.

Please hear me out. We know for a fact Qyburn is a necromancer with what he has done to Gregor Clegane a.k.a. The Mountain. Also, we know how his death happened after the Sept of Baelor fell, thus leaving him with no proper burial. Cersei Lannister did ask for his body be burnt and his ashes scattered where the Sept once was, but we’ll never know if Qyburn actually obeyed! Also, we do not see what happens to the bodies of Ellaria and Tyene Sand, so… Yup.

Fire does not kill a dragon, but wildfire does!

Dragon fire is destructive, and so is wildfire. But, we have not seen the effect of wildfire against dragon fire, vice versa. We also have not seen whether any other type of fire would actually burn Daenerys, being a Targaryen she is. With Cersei having her own firepower, we shall see how these hot ladies (heheh) duke it out.

In the infamous Cersei prophecy, a valonqar, meaning little brother (or sister!) is set to snuff Cersei out by suffocation. With the ambiguity of the symbolism, there are a lot of people who can do it, such as:

Jon being a legitimate Targaryen means he is more entitled to the throne and will have their special attributes, such as ability to bond with dragons. Naturally, Daenerys will feel threatened with her new ally/lover being her biggest competition and disrupting years of thoughtful (and painful) planning.

The Mystery of the Crypts of Winterfell.

You may wonder, what is in the crypts, aside from the remains of the Stark ancestors? GoT fans are hoping some, if not all of the speculations based from the books, will make it on screen, such as:

There you have it! If you have any more forecasts or theories you’d want to share and discuss with us, let us know! Ultimately, we can only expect the unexpected and get ourselves pleasantly or annoyingly surprised when the last season airs. For sure, this won’t be the last we see of the world we have learned to love and hate for the past eight years.

Night gathers, and our watch begins.

Special thanks to our bannermen over at Westeros Philippines for some of the input for this article. If you’d like to interact with the group and let out your feelings for when the episodes air, join here!