Deadpool is a movie that’s clearly made with love and dedication as you can see in the final output. It is a love story, but a love story mirred with crazy fourth-wall bending shenanigans, a lot of f-words and blood and gore. All who are familiar with the way Wade Wilson works will not be disappointed (well unless you’re the more blood thirsty type) or those who aren’t a fan of the merch with a mouth may as well be turned by this movie.

If you want to know why:

What I like about Deadpool ia that it does away with a highly complicated story that fuddles itself in the latter acts. It focuses on one thing alone which keeps writers from tripping up. The linear story sets the pace for the entire 1 hour and 47 minute run. This is good for Deadpool because not only does it stay true to his character, but it allows viewers to just enjoy the movie without the fear of missing any overarching plot that needs to be solved.

I like how they went with the characterization of Ajax. We can see on screen how much of a sadist and twisted guy he is instead of the usual exposition you’d hear about how “Evil” the guy is. His business plans were consistent to who the character is supposed to be like in movie (not sure on the comics) and his plan to get Wade’s attention was masterful and actually logical considering his skill set. I really want to chalk this up to how the character was thought out off.

The movie’s storyline also feels like you’re reading just another Deadpool comic. To Wade, it’s always about just one thing. His child-like stubborness of getting that one thing done is always what gets him into those spectacular stories and in trouble to both the good and bad guys.

Cast: Did just about right

Everyone casted in the movie carried their weight in the characters they were portraying. Stefan Kapicic, cast as Colossus was masterfully done that you’ll also feel Wade’s irritation on how much of a boy scout he is. Ed Skrein’s portrayal of Ajax was a bit watered down considering that his assistant Gina Carano as Angel Dust had a more commanding presence on screen. I’d also would just commend the other minor characters for bringing more life to their characters. I’m looking at you Taxi driver. 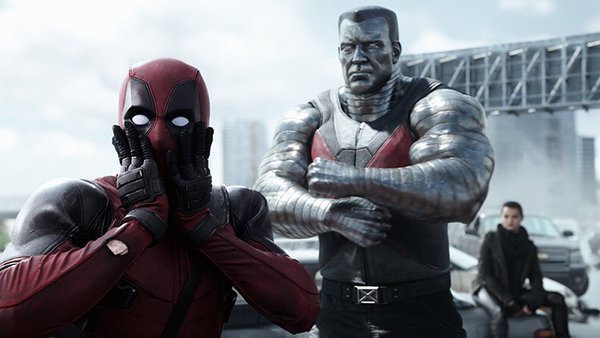 And of course, Ryan Reynolds! Of course I won’t be the first to say this but he was really made for the character. His smart assery, irreverence to a ton of his past works and sheer child-like craziness works well with Wade Wilson and Deadpool. His on-screen chemistry with Morena Baccarin is just there. Speaking of which, Baccarin’s performance as the strong likewise as crazy gf was top notch. She actually reminds me of her Firefly character (sob) but with more spunk and a bit rougher on the edges.

Everything else: It’s the small things that made it work

Deadpool is a good example of a movie where there was already good enough source material that you just need to stick to it to make it work.

You don’t need to change something that’s already working and that’s what makes Deadpool awesome. The quirkiness of the source material can be seen not just on the characters but on the situations that they face each other in. The camera angling, the fourth wall breaks and sometimes how other characters react to it just rings true to how Deadpool is. And the finished product just shows why people love Wade.