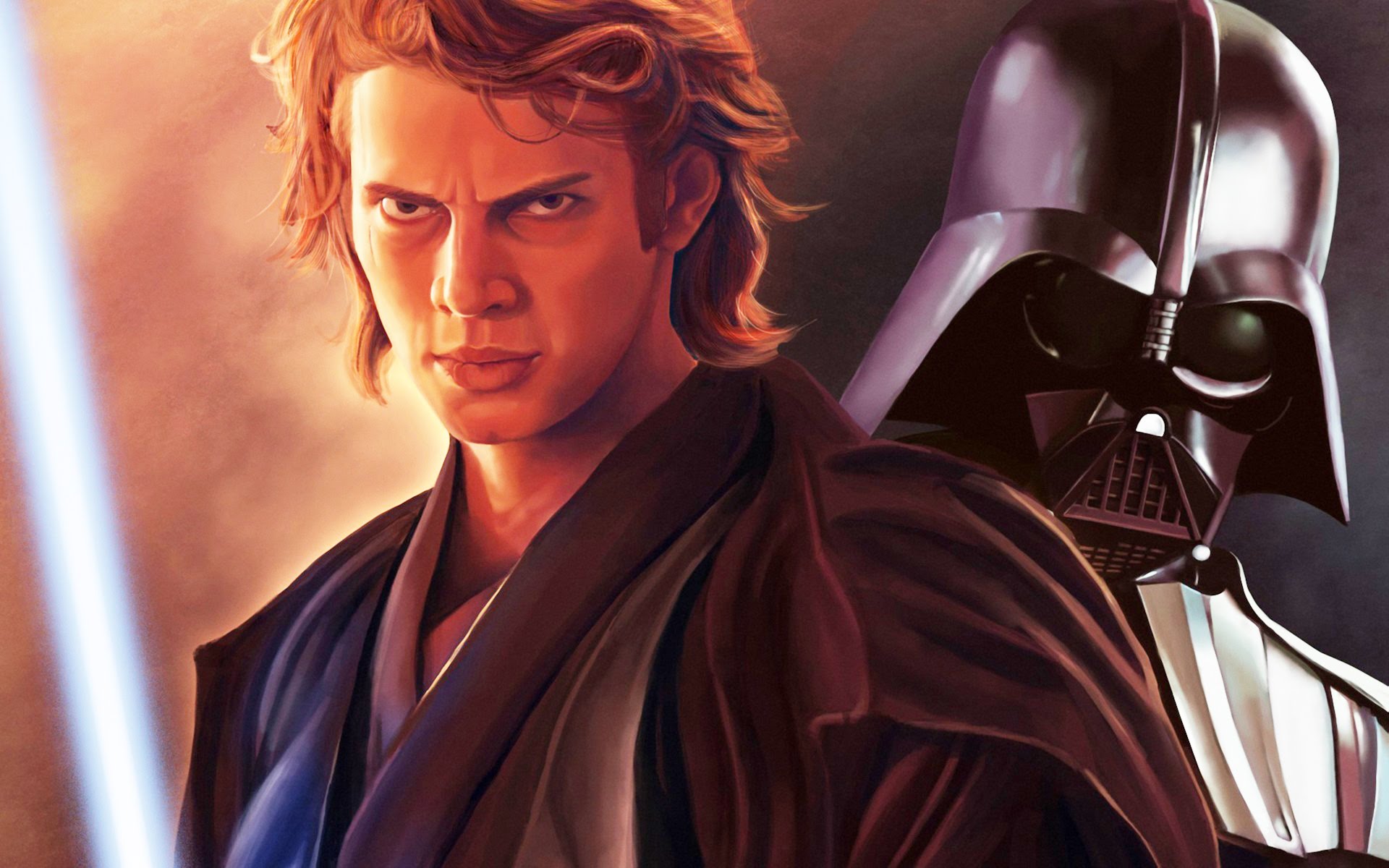 One of the biggest plot points in the Star Wars movies is the struggle of good and evil, as personified by the Light and the Dark side of the force. In the Force Awakens, the latest installment to the saga shows how Kylo Ren struggled between the influence of the Dark and Light side. Kylo Ren’s struggle in TFA echoed in Luke’s struggle back in Episodes 5-6 and Anakin’s struggle in Episodes 2-3.

For this post, I’d like to take a look into how Anakin fell to the dark side. As a Christian geek, it is an interesting point to look into as we are also facing our own struggles to either stay in the light, or succumb to the dark. Anakin’s fall let’s you see all sorts of things which we can learn from. But what I really wanted to focus on are the telling, avoidable factors that lead him to ‘succumb’ to the Dark side.

And using his fall into the dark side as a perspective, what can we apply in our own Christ-centered walk? 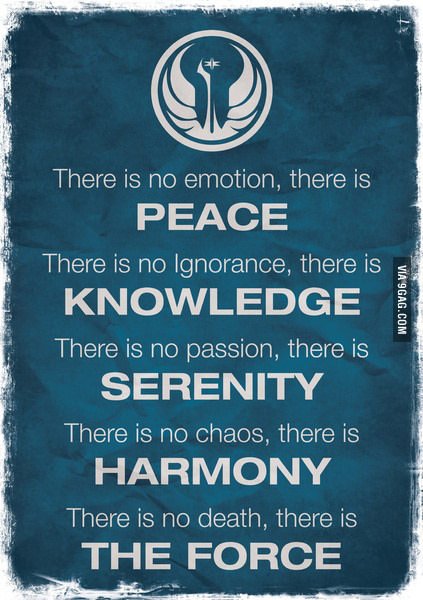 What seems to be the problem here is the very limited nature of the Code. The pressure of sticking to the code and being perfect in the “light” is far too constricted. It is very binary and has little room for redemption. The mentality of adhering to the Jedi code and his decision to save Padme no matter what sealed his fate when he decided to side with Senator Palpatine. While Christianity is also actually binary in nature in the sense that one is either for God or against God, the difference is that there is a key element of love, grace and redemption in Christianity.

The inescapable issue is that mankind will always have these issues and fall short of achieving perfection by such ‘laws’ (Romans 3:23). It is the nature of man to be flawed and struggle with his sinfulness. How then can one rise or be brought beyond it? The answer In the Jedi Code, is total surrender to an abstraction which would lead the mind to peace, knowledge, serenity, harmony and to being one with the Force. Looking at it at a more primal level, this is only a partial answer. Because at the end of the day, the Code still rests in the hands of flawed people to pursue and define, aided by an impersonal, spiritual Force what direction or standard of how this surrender is to be made. In Christianity however, there is a sufficiently clear definition of the kind of life to be lived (Colossians 3:12-17), a promise for the purpose of our life (Psalm 138:8), as well as the provision of strength by which Christians are sustained to pursue a life lived for God (John 14:26).

But while the Jedi Code has its flaws, it is nonetheless fairly admirable and has noble traits. One cannot lay too much blame on it, especially if one considers its tenets with wisdom and care. This then points towards the second weakness in Anakin’s life: his support structure. We know that he only had a few people with whom he was particularly close in his life. His wife Padme, Obi-Wan Kenobi, Yoda, and Senator Palpatine. We can also put into here his Padawan Ahsoka Tano but, she was absent during many critical moments in Anakin’s life.

The conflicting priorities and the nature of relationships in his life tipped him over. Anakin was manipulated by one of his most trusted friends, to defy everything he stood for for the safety of his wife. His relationship with his master, Obi-wan is more of a brotherly kind of relationship, but it seems that Anakin didn’t trust him enough beyond their ‘duties’ to the Jedi Order and the Republic. Meanwhile, Jedi Master Yoda was a more distant figure, an elder who he respected but whose advice clearly didn’t sit well with him when he shared some of his personal struggles.

In relation to our walk, one of the ways that we are told by which we would be recognized is in the way we love and support each other (John 13:34-35). We know that people need people. We were not meant to live alone, as a whole, but in a community. We mature and grow in our relationships with others, and with our relationship with God. Being disconnected from others and from the Lord leads to an inward and selfish decline, which only causes pain for people and to ourselves.

As I reviewed the life of Anakin and could say that the previous two points were important in his slip to the Dark Side, it is critical to note that it was also his upbringing and that led to his development – or lack thereof. I identify a few key points that featured in his upbringing. One is his lack of a real father figure. This has been known to lead to many potential psychological wounds or deficiencies. The presence of a strong father figure may have been able to give him a stronger moral and emotional structure, rather than one which was abstract and impersonal. God models to us in His Word the true nature of a father, thus giving value to the statement that He is a father to the fatherless (Psalm 68:5).

Another is his label as being the “Chosen” one. The knowledge being bestowed on him is additional pressure on a child, which could lead to a sense of entitlement or delusional thinking, especially if his character is not grounded in that he can be defined as a person outside his “title”.  Being tagged as the “one” most likely disconnected him further from the people around him. Instead of being able to form healthy connections with his peers, the looming title of being the Chosen One could have stolen his opportunity to build strong friendships where he can feel safe to just be himself outside Padme. He and the people around him inadvertently created a mental and emotional barrier or perception. The fixation on his powers and abilities in the force and his inability to accept his mistakes, have built up due to the circumstances of him being labeled as what he was.

No matter how blessed or talented we are, as Christians we are clearly commanded that we should not act for ourselves but to be humble and seek the good of others (Philippians 2:3). Whether or not we might surpass others in certain things or have better skills in some areas, our viewpoint should be to understand that we are but different parts of a greater and magnificent whole (1 Corinthians 12:22-26). While some people might be set above others in terms of position, it does not change the value of a person with regards to another.

To close this all, Anakin’s journey into the Dark Side was filled with a lot of little mistakes that left him vulnerable. He was unable to properly process the things he was dealing with. The people who could give him wise answers lacked empathy for him, while the ones who could have tapped into his feelings to help deal with them were either ineffectual or manipulative. He was also hamstrung by the lifestyle he was raised in, from childhood until adulthood, given the unique circumstances that shaped and identified him. This is, unfortunately, something that also happens to many people in life. 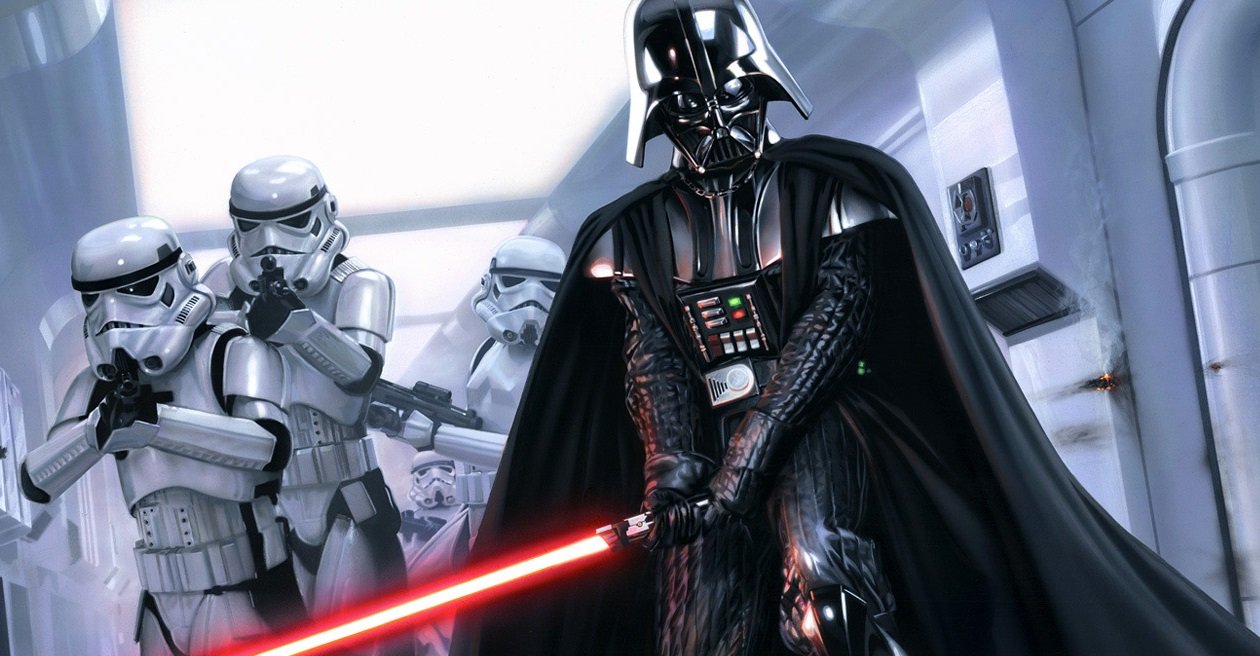 It is fortunate then that in reality, there is hope. Unlike the Force, God is not impersonal and without plans for us. He has given us Jesus Christ, His plan to save us from the result of mankind’s sinful and utterly flawed nature. In the Holy Spirit, we have the source of strength that can sustain us through all that we go through, to guide us in His will. As our Heavenly Father, we know that He provides for us and deals with us with grace and mercy. We have not been left alone and we have not been left to ourselves. He is here for us in all things, for our good, and He has provided for us the community of the church, to aid us in our journey towards Him.

Praise be to God.