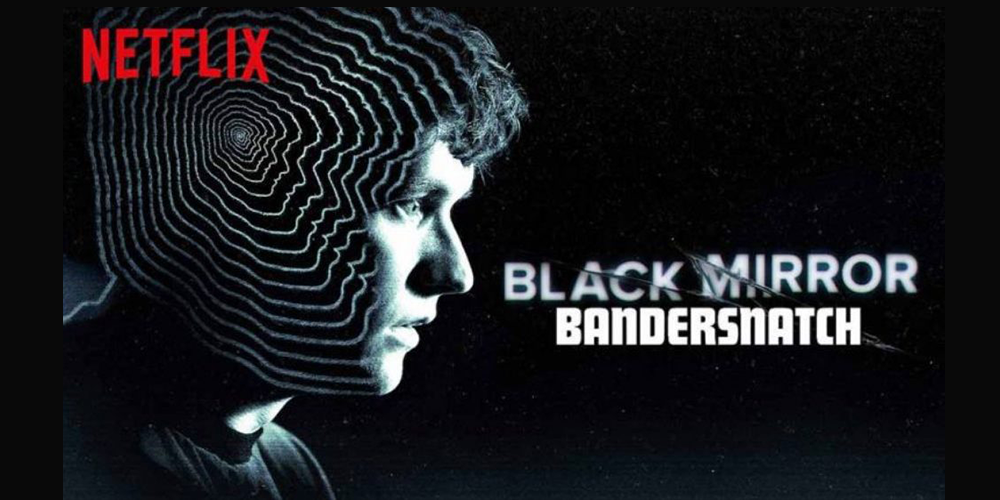 Before I begin, I promised in my last review I will be doing a holiday movie about Santa Claus next. With this, I’d like to apologise because the holidays have come and gone, and another holiday release took its place.

Let me tell you, I had no choice. It was as if something was controlling me.

Black Mirror: Bandersnatch is an interactive movie by Netflix which lets you have a choice of what happens to 1980’s computer programmer Stefan Butler (Fionn Whitehead who, by the way, made his breakthrough in Academy Award-winning Dunkirk). You can follow and influence Stefan‘s actions and its effects to himself and the people around him. In the story, Stefan attempts to write the code for a game named Bandersnatch, which is based from an eponymous book by a disturbed author. As the his story progresses and choices are made, the movie’s point will reveal itself.

I’d have to give mad props to Black Mirror writer-producer Charlie Brooker for outlining all possibilities, and the rest of the crew for making them all happen in a span of two years. And because of their success, it would be possible that interactive shows and movies would pop-up more often.

On a side note, you should know by now how much of a sucker I am for soundtracks. If you happen to like what you heard in the movie, here’s a Spotify playlist. Ya welcome! If the music does remind you of something, I’ll beat you to it. It sounds like you’re in the other Netflix big thing Stranger Things due to both shows being in the 1980’s, when synth-pop was a thing.

I will not tell you how to get through with the whole feature, let the professionals deal with that. The decision-making is what makes this movie special, so I suggest you watch it without any flowcharts or cheat sheets open. There are also Easter eggs within the movie that will connect the story to the Black Mirror universe, and that should tell you something.

Growing up, we had to deal with choose-your-own-adventure books like Goosebumps. Now, we can choose our adventures via a television. For all we know, we can choose what happens to things in the big screen next, and watching movies several times can finally change how it ends. How lovely would it be to redo a snap… But, I digress. Overall, Black Mirror: Bandersnatch is a trip in all senses of the word; a psychedelic adventure that can go wrong by just a misstep in decision-making, triggering a series of events that can make or break a story.

[Next review: I am going deeper into Netflix and look for obscure shows/series. Any suggestions? Hit us up on our social media! We’d love to hear from you.]