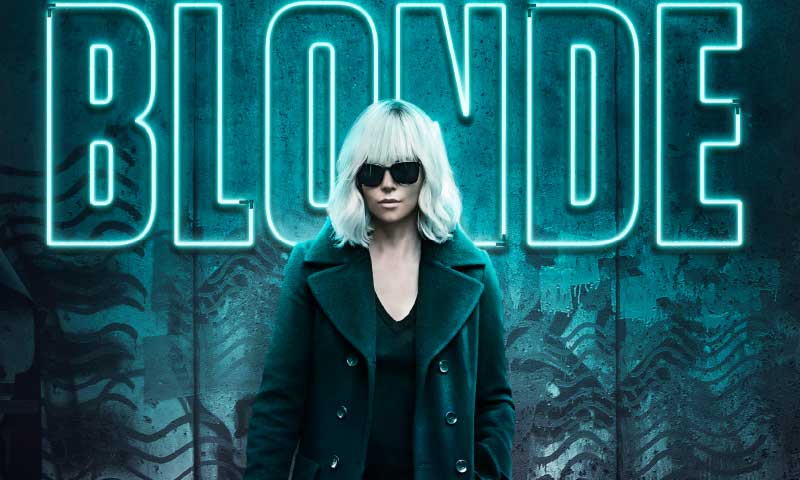 As the latest spy blockbuster from one half the directors of iconic action movie John Wick, you’d think Atomic Blonde would live up to the hype – improve on it even, or at least follow in Wick’s dark and sexy footsteps. It tried though – and in stilettos no less. Problem is this little project is having trouble walking around in big girl shoes.

With the combination of David Leitch’s experience with action movies, and Charlize Theron’s standing as a premier female action stars, many were excited with Atomic Blonde’s promise of a female version of John Wick (and the director may have gone and done this movie with that vision in mind). However, what come forth was a buzzed spy movie with hardly any spying going on.

To say Atomic Blonde is the female John Wick is a disservice to both women and John Wick. Everyone was slow, pretentious, easily distracted, and conspicuous that it’s hardly believable that any of these characters were professional spies. Charlize Theron may be brilliant when she’s playing conniving and scheming scenes, but put her in a fight scene and you get Michael Fassbender as an Assassin. I appreciate that they didn’t give her the ScarJo Black Widow choreo but it’s not really realistic either when every single goon walks into her punches and wrestling-fake- throws themselves just to make her look cool. Not to downplay Ms. Theron’s efforts as she has worked hard to pull off a complex 8-minute fight scene in one continuous shot, but it’s
hardly riveting to see them take mini-breaks between punches and the bad guys obviously just setting themselves up to get hit. They would have been really impressively choreographed fight scenes otherwise.

James McAvoy was probably the best in this cast, but even he seemed to try a little too hard – channeling some of his work from Wanted and Split, only for it to be broken for some display of comedic bravado. Sofie Boutella would’ve been passably likable – except she had to reveal that she was a secret agent as well, which totally throws her character under the bus.

The plot and its unraveling were flimsy af, and the best the film can do to distract you from it are with lipstick and cigarette kisses. You can’t really appreciate the twists because you are constantly confused and underwhelmed and massively irritated at how inept a secret agent Theron is as she constantly goes through so many disguises but getting recognized 2 minutes in, obviously and indiscreetly looking and turning while ‘spying’, etc. What makes it also laughably weird is that she is apparently the only platinum blonde in 1989 Berlin, making her stick out like a sorest of thumbs even more.

The pacing is horribly erratic for the most part. The music is nice but feels forced at times. As a period piece, they do get a lot of details wrong, unless they meant to portray the fashion and music of Berlin to be 10 years slow. Atomic Blonde also makes a lot of liberal changes from its source material The Coldest City – some passable for adaptation purposes, a lot unnecessary and tacky.

The only thing the movie does that works is the aesthetic. Theron’s glamor is undeniable and it bleeds through the thematic colors and feels of the film – with her crisp and stylish monochrome of blacks and whites while on business, to the darks and the neon reds and blues in intimate and emotional scenes.

All in all, it’s a mess. And not even a good kinda mess. It has a lot of shortcomings that prevent you from seeing it in its full potential. The story has some really good potential and there’s some setup for a sequel, but it’s only good when read. Seeing it unfold onscreen for 2 hours is high school detention.

I’d give it a generous 6/10 but only ‘cause I had Happy Lemon while watching.