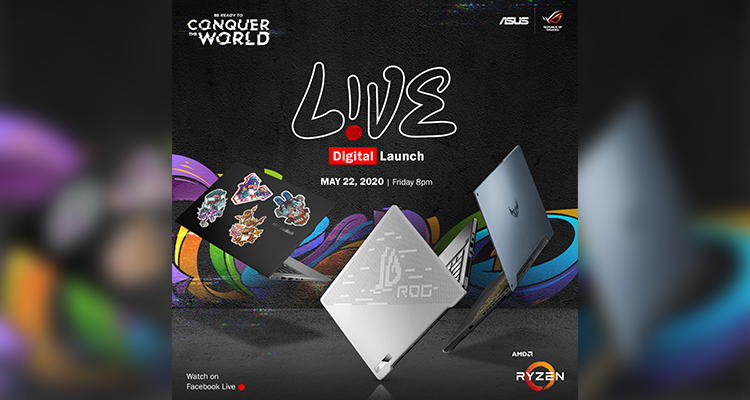 After weeks of teasing, ASUS and ROG Philippines are finally launching their latest, long-awaited, AMD Ryzen-powered line-up of consumer and gaming laptops on today, at 8:00 PM. The launch will be broadcasted live on ASUS Philippines‘ official Facebook Page here.

ASUS is passionate about technology and driven by innovation to deliver the incredible for consumers everywhere. That is why this year, allow me to invite you all to join us and, together, let’s conquer the world with a new tech industry milestone – as ASUS and ROG Philippines launch the complete line-up of consumer and gaming laptops, powered by the latest AMD Ryzen 4000 mobile processor.

Viewers of the official launch can look forward to ASUS and ROG Philippines announcing the official pricing, pre-order details, and other special promotions. Freebies and giveaways also await viewers of the broadcast!