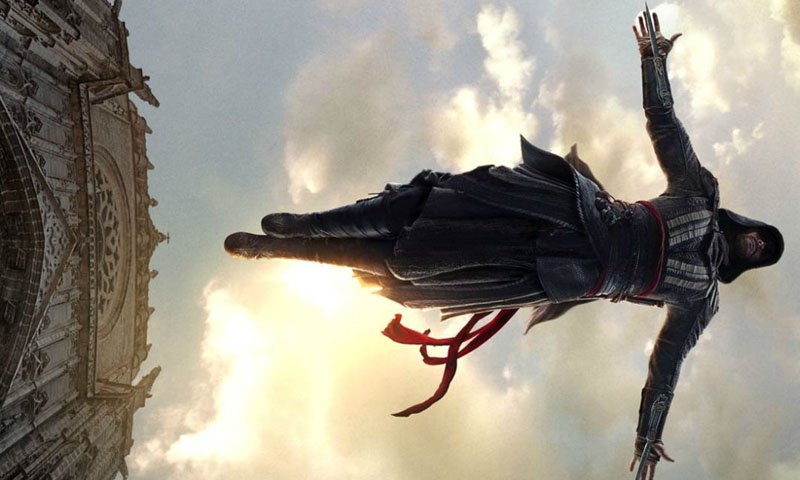 If you’re thinking that the video game movie adaptation of Ubisoft’s most famous franchise is the cure to the still ongoing curse of video game movies, then let me stop you right now. No it’s not. However, the movie is not as terrible as people say that it is either, especially as far as video game movies are concerned. However, it’s just that it’s not that good as a movie.

Michael Fassbender‘s performance as Callum Lynch and his ancestor, Aguilar de Nerha were top notch and what you would expect from him. He was able to at least bring a bit more life to the character and the story. Marion Cotillard as Sophia Rikkin, on the other hand tried her best with the very limiting performance she had to bring to the screen. Jeremy Irons on the other hand as Allan Rikkin is what you’d expect from Jeremy Irons, he was felt on the times he was on screen.

The movie itself isn’t lacking in terms of great actors and even the support cast was solid. The problem with Assassin’s Creed as a movie is the cohesiveness of the story telling. The narrative feels disjointed and cluttered as the scenes change in-between Callum and Aguilar’s moments. The introduction of the other assassin’s could’ve been done better instead, we get a classroom-like encounter that seems to be lifted from a kid’s classroom scene. I find it funny that even Callum, Fassbender’s character finds the situation so ridiculous that he even says out loud.

What the f*ck is going on?

However, what I enjoyed in the film is the way they were able to incorporate a lot of game elements in such a natural (albeit hurried) manner that you can still say the movie doesn’t deviate much from the source material (unlike how the Resident Evil movies deviated from the RE people have come to love). I also liked how they changed the animus from being just a sit into a crane like device. It fits how they wanted to portray the whole genetic diving experience on a totally different light compared to what it was normally seen through the games. I like that the Assassin’s Creed design was true to how things are seen in-game and the urban scenes felt natural, well, except for the excessive use of hoods by both the templars and the assassins.