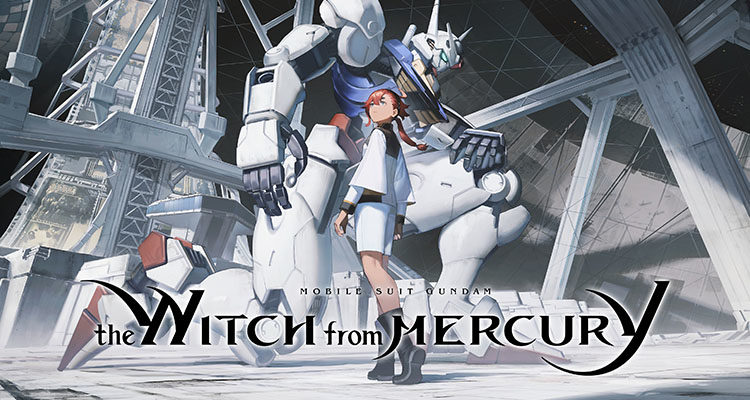 Add Mobile Suit Gundam: The Witch from Mercury as a Great Must Watch at Netflix

Before I start with this feature, yes, Mobile Suit Gundam: The Witch from Mercury is also being streamed for free. You can in fact watch it Ani-One Asia and Gundaminfo. And if you’re here just to scream at me through the comments, please this article isn’t for you. This is for those who wants to watch the series on a diff. platform (like a platform your smart TV has).

Okay with that disclaimer out of the way here’s more about the series.

Check out the trailer here.

Mobile Suit Gundam: The Witch from Mercury follows the story of Suletta Mercury. A mercurian who transfers to to the Asticassia School of Technology. She encounters a girl escaping the institute, Miorine Rembran, who wants to go against her father’s Darwinian views over her and the group. She pilots a unit that uses the man–machine system called GUND. Technology which is believed to advance humanity’s desire to go to the stars. However, because of the risks and dangers of the development of this technology, this forced a permanent ban on the development of the GUND-based technology, resulting in the destruction of the satellite research facility Fólkvangr, killing everyone in it. Only two people narrowly survived: Mobile Suit pilot Elnora Samaya and her daughter Ericht Samaya (now named, Suletta Mercury).

Since this publishing of this post, the series is currently six episodes in. A prologue and five episodes. So far the series has a compelling storyline. Witch from Mercury also merits the first ever female protagonist in a Gundam TV series.

Witch from Mercury is a series that I actually enjoyed watching because of the prologue. The world building, is pretty good even if we are shown a limited perspective of the world. You are shown the gravity of people’s actions along with the gravity of a totally privatized military enforcement.

The cold and calculating world of Suletta makes you involved from the get go, and that’s pretty good for a series like Gundam.

Another notable world building plot device with Witch from Mercury introduces a duel system not seen since G Gundam. This plot device which pretty much moves the story along while keeping a brisk pace. This tunnels our perspective while slowly showing tidbits of the bigger world since it greatly affects what’s happening at the school.

Imagine the world of Kakegurui with mechs, and you pretty much have the premise of the series.

Animation wise, Witch from Mercury doesn’t disappoint. Sunrise pulled out all the stops with the series and it shows. The character colors along with the battle scenes are beyond beautiful on the screen. Battles are designed beautifully that it’s a treat that whenever duels happen on screen.

Before getting into this part of the feature, I’d like to put a disclaimer that this is a nit pick of the series. Because to be honest, I’ve been enjoying the series and adding the things that I didn’t like just to balance out this post.

Before you react, I personally don’t have any comments about the whole laisse faire idea of partners in the world of Witch from Mercury. However, without spoiling, I really didn’t like the whole proposing happening left and right and the whole idea of marriage being set this way. In-universe wise, it makes sense however.

I didn’t like is that characters just throwing proposals just after a few meeting a person. Call me old fashioned, I just don’t like proposing to get married as a plot device.

Witch from Mercury is a game that emphasizes the importance of social status and from where you are born from. Either you are a “Spaceian” or an “Earthian” which is highly reminiscent of a lot of plot devices found in other Gundam series. While it has been an interesting experience I wish Witch from Mercury used a diff. plot device.

As you can see, as I mentioned earlier, I was reaching with the things that I didn’t like with the series so far. It’s a great series to watch out for especially with a lot of ground being broken within the Gundam series umbrella. Suletta is such a pure and adorable character that you would just want to root for her.

All in all, Mobile Suit Gundam: The Witch from Mercury is a great series to get into.

If you don’t have a sub yet, you may want to check out Codashop‘s offering of Netflix sub codes that you don’t need a credit card to subscribe? You can actually manage your subscription too since Codashop provides subscriptions in the ₱369, ₱459, ₱550, ₱1,000, and ₱1,500 denominations.