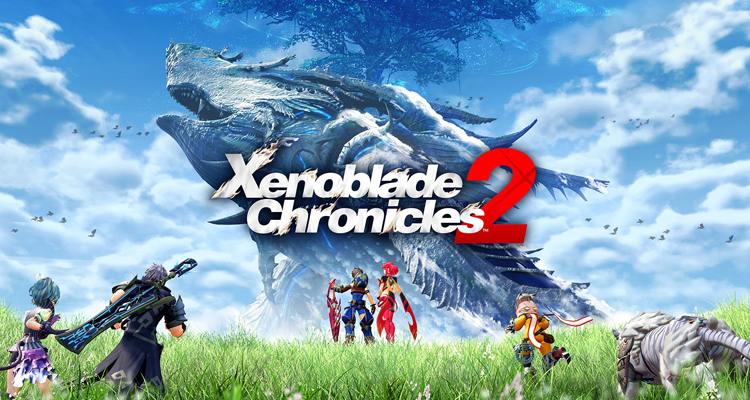 Xenoblade Chronicles 2 is the third installment of the Xenoblade series. Players will follow the story of Rex as he becomes a driver. featuring an huge world to run around in, bonding with many different Blades, all sporting different weapon and element combinations. Find secrets with the help of the Field skills, Purchase stores, Salvage for rare items, or even just hunt monsters.

The world has been covered in a sea of clouds, and more commonly referred to now as Alrest. In Alrest there are no more islands, instead people have taken refuge on giant beasts called Titans that circle around the World Tree. People have coped and learned to rely on these behemoths even bonding with crystals to awaken Blades to help them protect their ideals.

In the game, players will take control of Rex, A salvager from the Titan called Leftheria, who has been called specifically to help salvage a ship, where he finds a Blade called Pyra. It is from here that his legend and story unfolds, as he finds out the secrets of the world of Alrest, how it came to be, and how he can save the world from an impending doom.

As I’ve mentioned before, the game features a blade system.

Players will be able to engage 3 blades of different weapons and elements to 5 drivers each having their own style of gameplay. While in combat players will switch between these 3 blades to combo attacks and arts, and also to match with the enemy’s weaknesses as well. The Elements system is really simple and is basically just opposites.

These weaknesses will come into play a little bit more later in the game.

Blade Arts are very simple, they are special moves that each driver will have depending on the different weapons you have equipped. Each Weapon style has 4 Blade arts each, but you may only set 3 as the ones to be used in combat. Some can be used for gaining potions, breaking the guards, launching enemies, and even toppling them.

Attack Cancelling in the game is another system that players will need to learn to use, as it makes everything a lot easier. As a driver auto attacks, they have 3 moves in the combo, if you use a Blade art at the end of any of these hits you will trigger the attack cancelling which boosts the damage of the Blade art. The further into the 3 hit combo you attack cancel the stronger the art. So I recommend(just like the game does) to wait until then, unless you really need to use the art, like for potions. 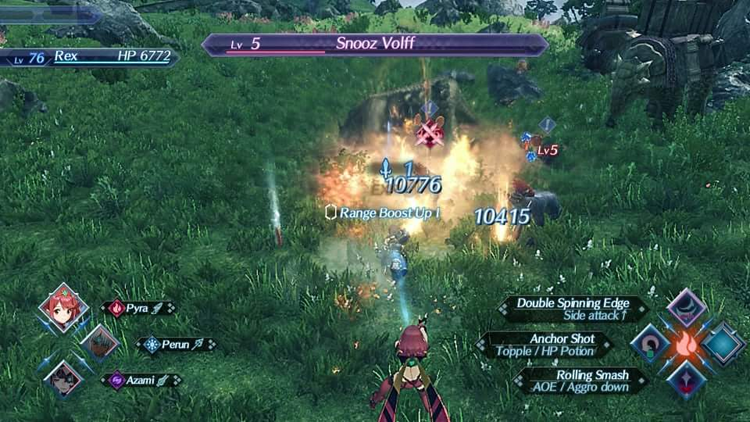 In the game there is also the Blade Combo. You trigger a Blade combo when you use 3 special moves in succession, while following a set of rules. First rule is that each special move must be of a level appropriate to the order it comes in. For example, the first special has to be at least a level 1, while the second has to be level 2, and the last has to be at least level 3. Second rule is to follow the combo path. The combo path you may take is dependent on the element of the first special move, after which you will be given 2 choices, after which are another set of 2 choices. If you complete this you will form an Orb around the enemy, and Seal one of its possible abilities.

The last Combat system that this game uses is the Chain attack. Once the party gauge is full you may trigger a chain attack by pressing the “+” button. Here you you will choose for each driver one of the 3 weapons they will us to attack the enemy with. The element of the weapon you choose is very important, especially if you’ve accumulated multiple orbs. If the element opposite the orb is used to attack, that orb will be attacked. If an orb is destroyed the player will get a second chance to deal more damage, and break more of the accumulated orbs. 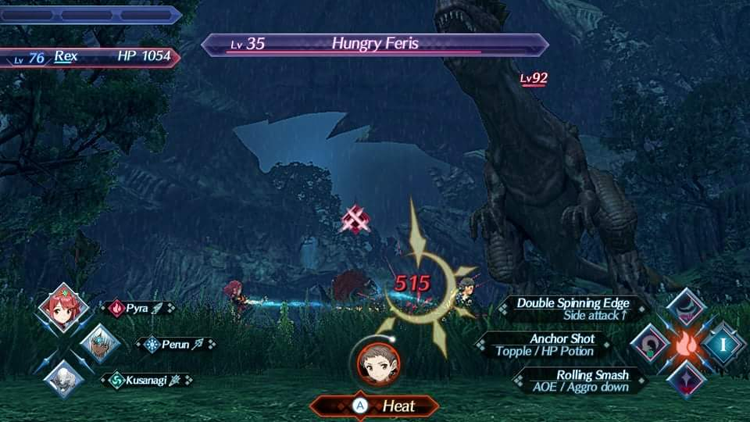 Apart from levelling the  Drivers players will also need to increase the affinity levels with their blades by fulfilling different conditions. Some require the Driver to equip specific items into the pouch, collecting items, kill this many enemies, and other conditions. Each providing a lot more power to the Driver partners.

Now the game isn’t just combat, there are also things to do outside of it. There is Salvaging, using field skills. The game features a world much like the ones you find in an mmorpg. Where among the reasonably levelled enemies there are also unique ones, which are basically the boss versions. This forces players to be cautious on what, and where they choose to do battle, as they can easily join the battle as well.

The graphics we’re wonderfully designed. the worlds were a wonder to look at, sometimes I find myself just watching it. Of course on a system like the Switch there are limitations graphics wise, one of them being that as I use the skip travel, it takes a while for everything to load in, so there are a few seconds where players will be able to see the low res textures.

The game is great, and is a must try for any RPG fans. The combat system is very deep, sometimes I get lost in what I should do to beat the enemies. The Story was also very engaging, despite a Protagonist i found very boring. The supporting cast was a joy to watch, you even get to learn more about them through the Heart-to-Heart events through out the game. The English Voice actors we’re okay. The voices we’re great, but there were times where I found that the acting didn’t match the situation. There were a lot of times where Rex i feel Rex would have shouted louder and desperately, yet the English voice didn’t evoke that same feeling. With that said, the accents and voices themselves provided a good variety in their group further giving each party member their own unique character. 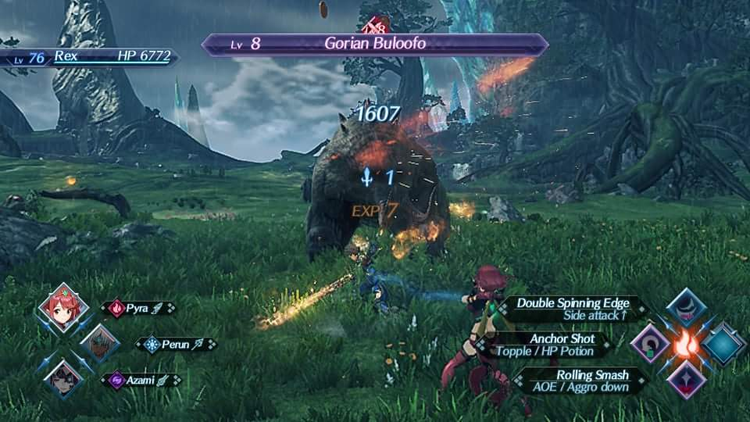 Even after beating the game you still have other options to do, like Mercenary missions, completing the collection of Rare Blades, even challenging yourself with unique monsters. If you grow tired of this you can also try the New game+ where you can bring your driver level, blades, affinity levels, and earn new Blades.