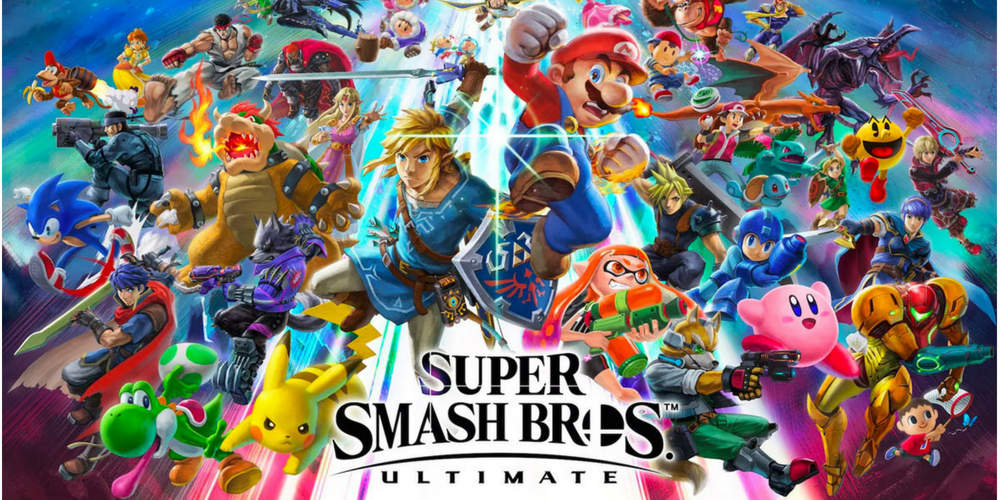 The Nintendo Direct  for Super Smash Bros. Ultimate just recently concluded, with so many new characters, features shown. Here in this post I will be giving a brief recap of the things that appeared in the most recent Nintendo Direct.

First off, we are treated to a cinematic in what looks to be an old castle filled with monsters. Luigi is frightened as he walks in, when a mummy attacks. Who comes to save him? none other than Simon Belmont from the Castlevania series. That’s right Castlevania has their representative in the game, we are soon introduced to his echo character Richter Belmont. The new additions from the Castlevania collaboration apart from the characters, is a stage like all other characters get. The new stage, Dracula’s Castle, will feature the popular bosses from the Castlevania series, like the werewolf, the mummy, what looks to be frankenstein’s monster, and of course Dracula himself. The bosses will randomly be appearing in the stage as the fighters, well fight each other. In the stage, it will feature 34 music tracks. Castlevania will also be bringing Alucard along for the ride as an Assist trophy.

The game will be featuring 103 stages, over 300 if you include their battle stage and omega stages. Speaking of stages, the game will also be featuring a stage morph option, where you can choose 2 stages to fight on, the match will be fought on one stage, and on random intervals or a set time limit, your choice, the stage will morph into the other. There will also be an option to turn off stage hazards, like the big yellow man from the dr. wiley stage. All these stages will be available from when you first turn on the game so that you can enjoy every last one of them right away.

Apart from Stage customization, you can also customize your music playlist. In what they call My Music players can set how often a song will be played as you fight. Just like with the Stages Super Smash Bros. Ultimate will also be the version with the biggest song list, with over 800 songs there will be no way for you to get tired of the game’s music. Of course for the music enthusiasts they’ve made it easier for you to browse through the songs, arranged by series, and just like with any songs you can make your own playlists. Some of these songs will be open for sampling on the official website.

One of the new rules that I’m excited for is the Final Smash meter. Just like in other fighter games each fighter will have their own meter that will fill when you are damaged. With this players will be able to unleash their own Final Smash though it will be weaker than ones you get from the Smash balls. There will also be new modes as well to use. One of these is called the Squad Strike which is basically a team battle from those in other fighter games. 2 players will choose their own teams of 5 and fight off against each other in one-on-one matches, until one team is completely wiped out.

The training mode has also been revamped, with grids to help players gauge distance when practicing, and an arc that predicts how far a fighter will go when they are launched.

There are also new items in the game as well, like the Killing Edge, and Banana gun. There are also some new Assist trophies, like Gray fox from the Metal Gear series and Zero from the Megaman X series. New pokemons will be introduced into this game also, like the Alolan Exeggutor,  Solgaleo, and Lunala. There are many new guests, one of them is also from a popular series on the Nintendo 3DS, Rathalos from the Monster Hunter series.

One of the last few things to be shown in tonight’s Direct is the Main menu screen, which is absolutely gorgeous, and very different from the previous one which in my opinion took too much inspiration from the Kirby series. Though this was said to be the last of the announcement, a new fighter was announced. King K. Rool from the Donkey Kong Series will be duking it out with the rest of them, and with this the direct has officially ended.