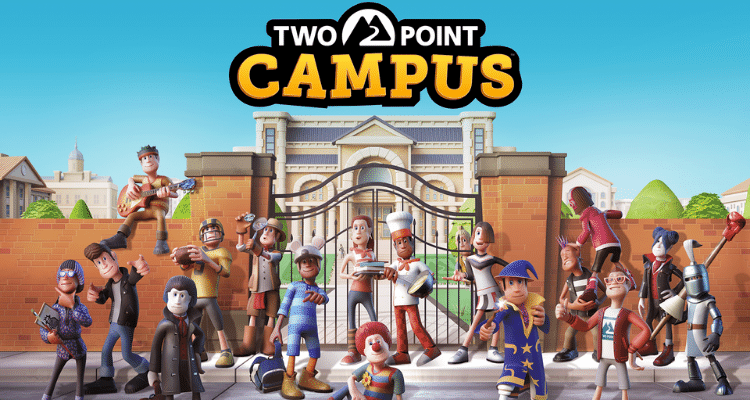 In Two Point Campus, you will be able to build the campus of your dreams, while shaping the lives of your students to give them the adventure of a lifetime, full of meaningful relationships, fun extracurricular activities and of course…top quality education. After all, happy students and good grades will lead to an increase in Campus prestige, which means you can enroll more students, and coincidentally, make more money…

I’m actually excited for this game since I’ve been a real fan of Two Point Hospital. The mix of corny but crazy humor and is a real soul successor for Bullfrog‘s Theme Hospital.

Pre-ordering the game rewards you with exclusive in-game bonus items which can be seen on the image below. If you own Two Point Hospital and you pre-order Two Point Campus, Hospital owners will receive* some awesome free in-game items for Two Point Hospital, like a Varsity jacket and a suit of armor.

For more information, you can head the official site.

*Two Point Hospital owners that pre-order a physical copy of Two Point Campus will receive the free in-game items when Two Point Campus launches on 18th May 2022. Hospital owners that pre-purchase Campus digitally for Steam, Xbox or PlayStation will be able to claim their free items straight away. Players that own Hospital on Nintendo Switch will be able to pre-purchase Campus via the Nintendo eShop very soon, which will then unlock the free items at launch.