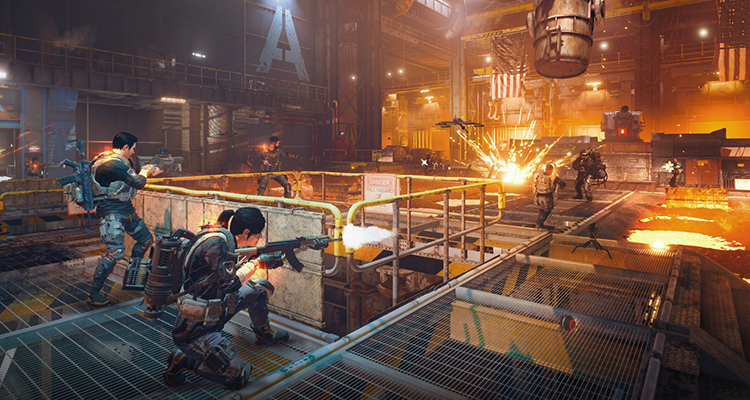 Get on the Hype Train as Operation Iron Horse for Tom Clancy’s The Division 2 goes live globally on June 30 at 9 am PT.

Operation Iron Horse is a free content update for owners of Tom Clancy’s The Division 2 and the Warlords of New York expansion. In this raid, Division Agents will head to a foundry, where the True Sons are manufacturing weapons as they devise a plan to re-establish their grip over Washington D.C. For this challenge, teamwork and the ability of even the most experienced agents will be tested.

Players who have reached Level 40 after playing The Division 2 Warlords of New York expansion will be able to participate in the raid. Players who own The Division 2 base game can participate in the Level 30 version of Operation Iron Horse, which will be released on July 7. Operation Iron Horse can be played in Normal and Discovery Difficulty modes. Discovery mode will come at a later date and will feature matchmaking for the raid.

Based on key learnings from the game’s first-ever eight-player raid, Operation Dark Hours, Operation Iron Horse is considered the ultimate challenge for Division 2 Agents, with new puzzles and mechanics, ensuring that teamwork will be the key to victory. Operation Iron Horse will feature thought-provoking battles against enemies and bosses, driving Agents to determine proper fight mechanics and work with their teammates to execute the right strategy in order to defeat their enemies. The raid will reward players with exclusive loot such as:

In addition to the second eight-player raid, the Race to World First competition is back. The first team on each platform to complete Operation Iron Horse after it goes live will be forever immortalized in-game by having their team photo and names displayed in a portrait in the White House in The Division 2 for all players to see.

Alongside the return of Race to World First, Twitch Drops are also back, allowing fans to receive drops from selected Twitch partner streamers who are streaming the raid on their platform. Twitch Drops will be available June 30 at 5pm CEST, and closes July 2 at 2pm CEST.

Tom Clancy’s The Division 2 is available on the Xbox One family of devices including the Xbox One X, PlayStation 4 computer entertainment system.