At Gamescom, Ubisoft announced that The Settlers will be releasing on PC in 2020 and revealed more details about the Glory winning strategy, as well as brand new gameplay features. Led by Volker Wertich, the original creator of the franchise, and developed by Ubisoft Düsseldorf, the latest version of The Settlers brings back the best, modernized elements from previous The Settlers titles, combining them with brand new features and gameplay systems. The Settlers is available for pre-order now on Uplay PC via Ubisoft Store and the Epic Games Store and will be available on UPLAY+, Ubisoft’s subscription service. More details can be found on the UPLAY+ website.

The Settlers can be played both in PVE and PVP, and features three modes for players to enjoy: Campaign, Skirmish, and Multiplayer. Powered by Ubisoft’s Snowdrop engine, the game will use the new procedural map generation technology of landscapes and missions, bringing to players an authentic sense of discovery, exploration, and uniqueness. 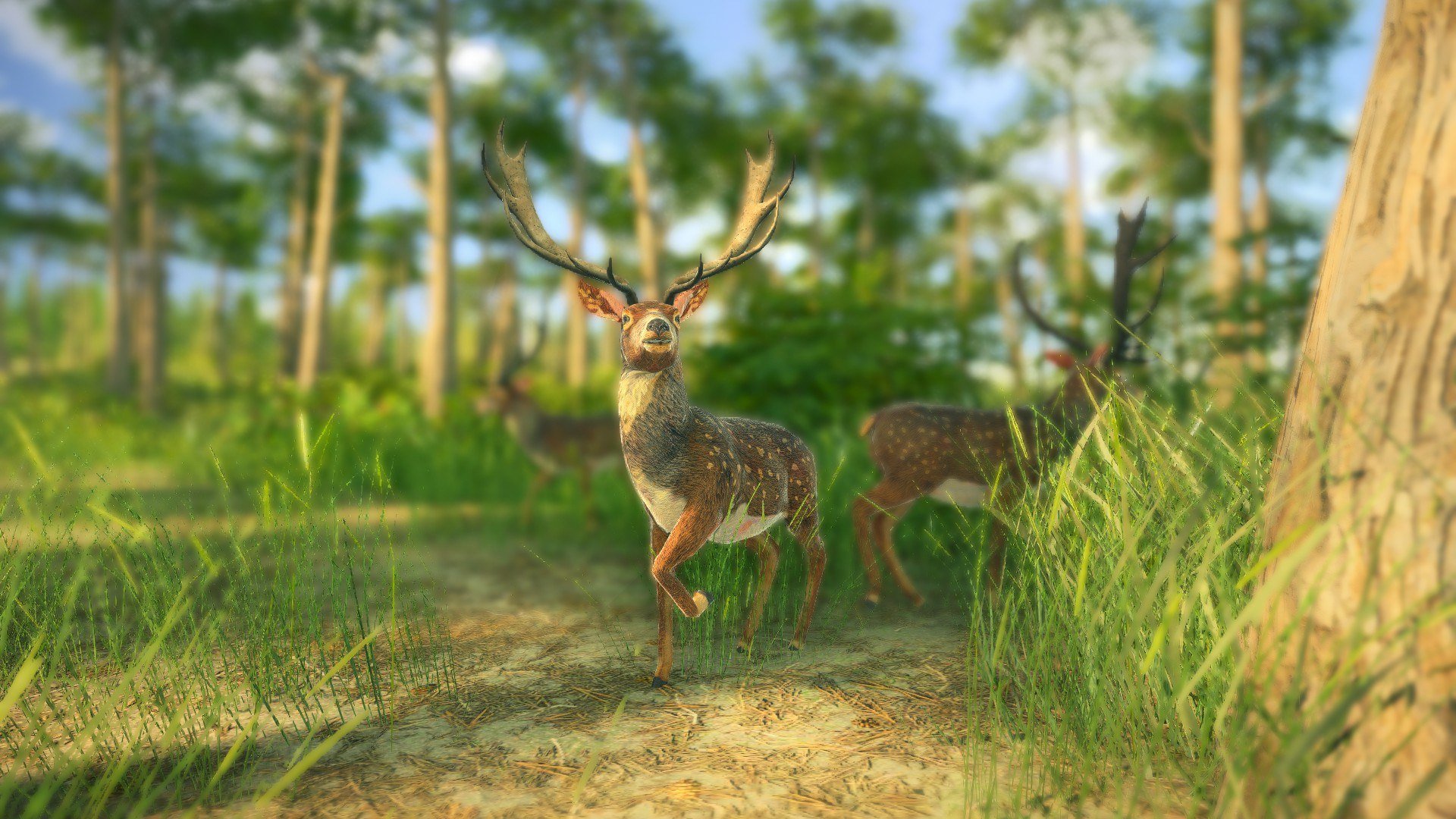 Players who immerse themselves in The Settlers’ colorful open world will discover stunning visuals and the innumerable details of the Wuselig, or bustling, feeling, specific to the brand’s DNA.

Among the features in the upcoming installment, The Settlers will offer alternative methods of victory, including the Combat strategy where players control full armies of different units, taking on and defeating enemy armies to take over or defend their territory. Special units such as army leaders can have a positive effect on their troops. There is also the Glory strategy a hero character is selected to who will fight in the arena against the enemy. Once a player initiates a battle, spectators representing both sides will gather at the arena to watch the battle. Winning a fight can lead to dissatisfaction among the defeated party. This, however, can possibly lead to revolts, allowing the player to take over the enemy territory. The last of the revealed strategies is the Faith strategy which will allow players to inspire Faith amongst Settlers, not much is known about this yet, and will be revealed at a later date.

The game will be sold in 4 different sets, Standard Edition, Gold Edition, Entdecker Edition(only in Germany, Switzerland, Austria, and Poland), and Collector’s Edition. 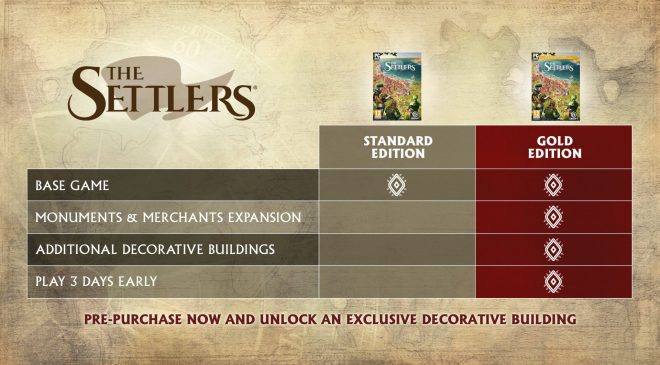 Additionally, players who pre-order the game will get an exclusive decorative Statue of the First Settlers, which can be placed in any of your settlements. For further details about the different editions and offers for the game you can visit their Official Online store.

The Settlers Alliance will be the key point for the community to receive the latest updates and be part of the development of The Settlers.