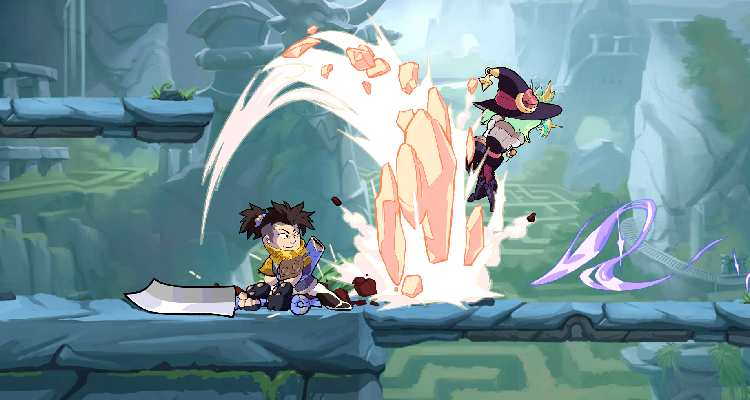 Ubisoft has announced that Jaeyun the dashing sellsword is the 50th legend in Brawlhalla, is contracted to fight in the halls of Brawlhalla with Sword and a brand-new weapon usable by future Legends: the Greatsword.

The legendary mercenary Jaeyun traveled the seas of the Old Kingdom on the back of his dragon turtle companion Imugi. As a soldier of fortune, he won treasure beyond counting – at least, he never counted it himself, before he gambled it away. He earned ten thousand rubies and a huge magic sword on a job protecting the king from the shadow ninja Jiro and managed to hang on to the sword. His most famous task was his epic five-year quest to help Imugi become a true dragon; his least famous job was the time he lost his eye getting a cat out of a tree.

Jaeyun is available for 7200 Gold and slips into battle with three skins: Death Jester, Hanbok, and Gilded Glory Jaeyun. Jaeyun has signature attacks that utilize his skill as a cunning swordsman, flourishing and misleading with his greatsword and sword.

For more information on Brawlhalla you can head here.