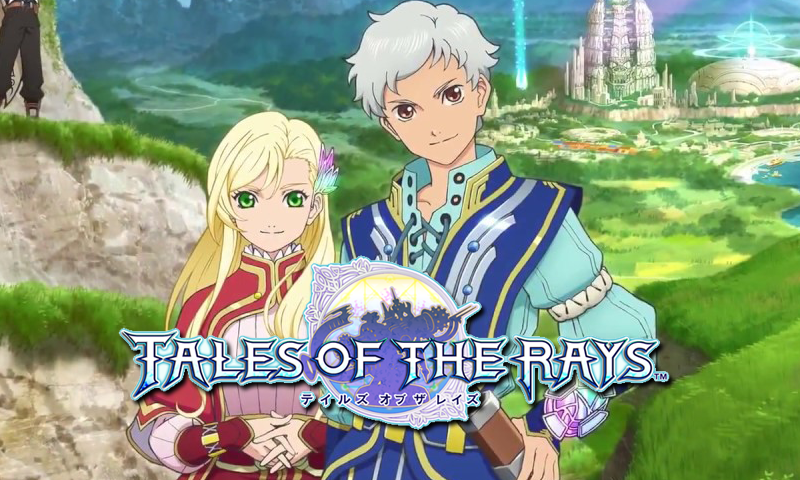 Tales of the Rays

Tales of the Rays is one of the latest games by Bandai Namco on the smart phone. It still keeps the original battle mechanics as previous tales games. You as a player will build your own team of fighters made up of previous Tales series characters along with the current series’ main characters, Ix and Mileena.

The world of Tir Na Nog was brought to prosperity by Chiral Particles, which produce infinite energy. It eventually led to the development of the weapons called mirrages, wielders of whom are called mirrists, and eventually the Kaleidoscope, a fearsome weapon that could deplete the anima at the hearts of people and materials and turn them into light. Overuse led to anima separating from the world itself, turning all to dust. Repentant mirrists oversaw Project Aegis to revitalize their dying world. Years later, Tir Na Nog has returned to a verdant land, but one day a storm of meteors takes out the island home of Ix Nieves and Mileena Weiss. Surviving by pure chance, the two are taken in by the Salvation Front and discover a grave new threat to their world. – Wikia

the game plays out like a normal Tales game with a more limited free roam. You choose chapters to play instead of progressing through the story like any other Tales game, and each chapter is made up of multiple quests where you have to defeat a certain number of monster encounters. When a player takes on a quest you are put in a map where you can move the character around to explore the map, and take on encounters at your own pace.

Once a battle commences you fight them in true Tales series fashion and beat up on the enemies, choosing your targets, and using combinations of Artes and normal attacks, racking up combos and such. Of course there are some other things in the game to make it different, one being like most online mobile games (yes it’s an online game) there is a lobby for players to prepare their party, by buying packs to find equipment and even companions to help complete quests faster. 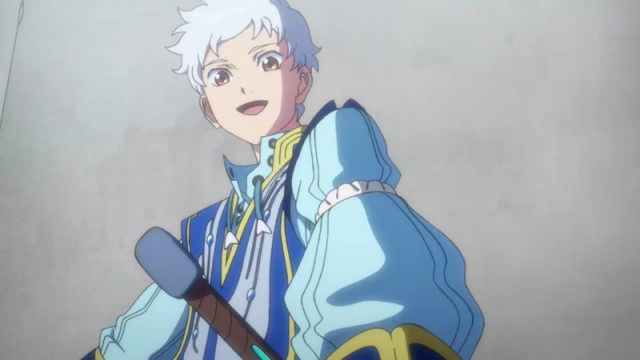 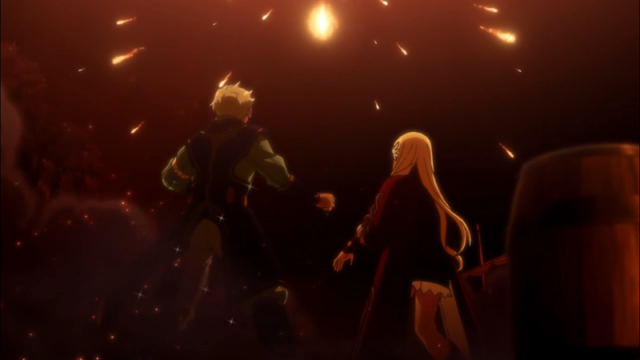 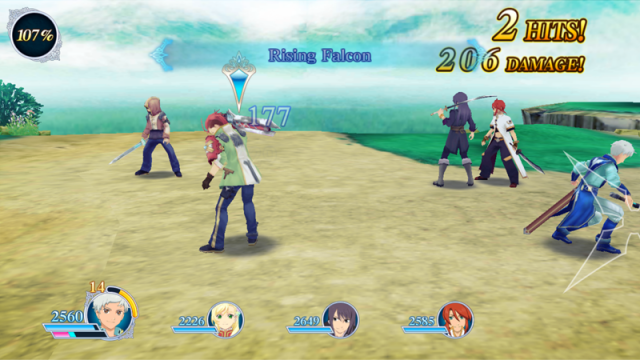 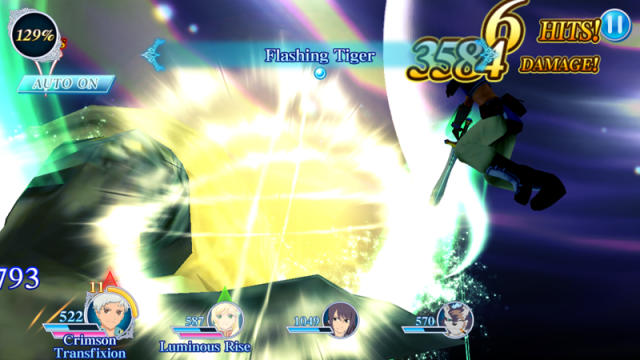 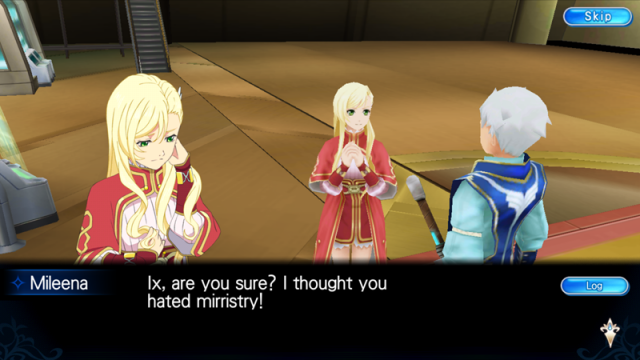 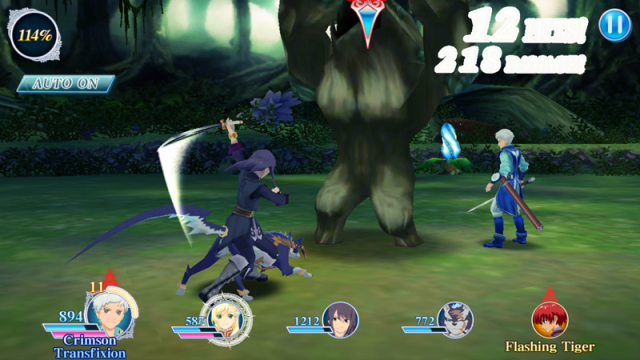 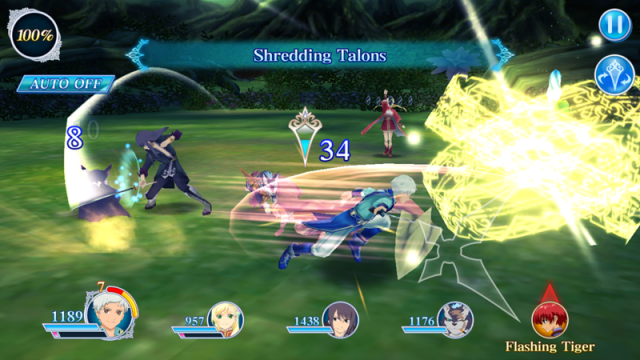 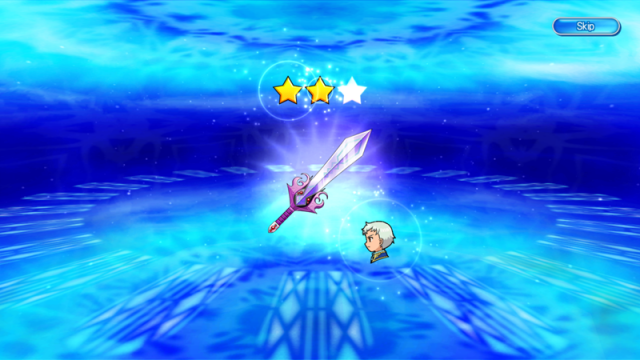 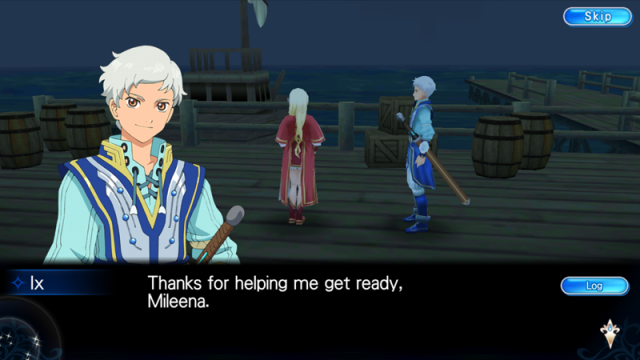 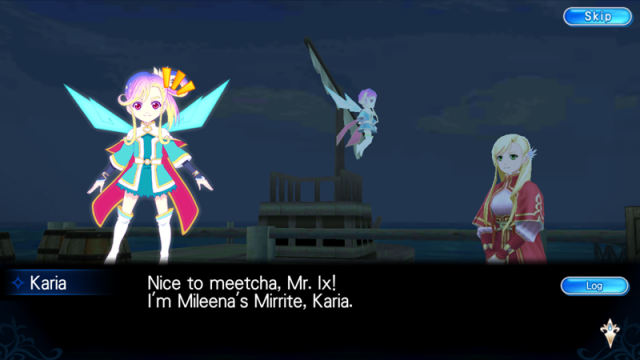 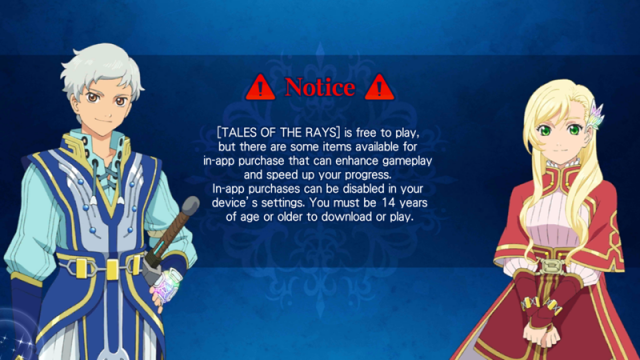 The game is pretty fun, especially for those Tales series fans. You will also be able to build teams of your favorite characters as well from previous titles. Personally I think the Story could use some work, and the fact that it requires lots of downloads from quests to the initial patch, which is negligible if you have good internet speed.

I do like how they brought the game play to mobile phones considering the amount of buttons pressing required in previous games where you use swipe directions to differentiate the different attacks and artes. It does take some getting used to specially for those with big hands, and tiny phones.

All in all its a decent game.