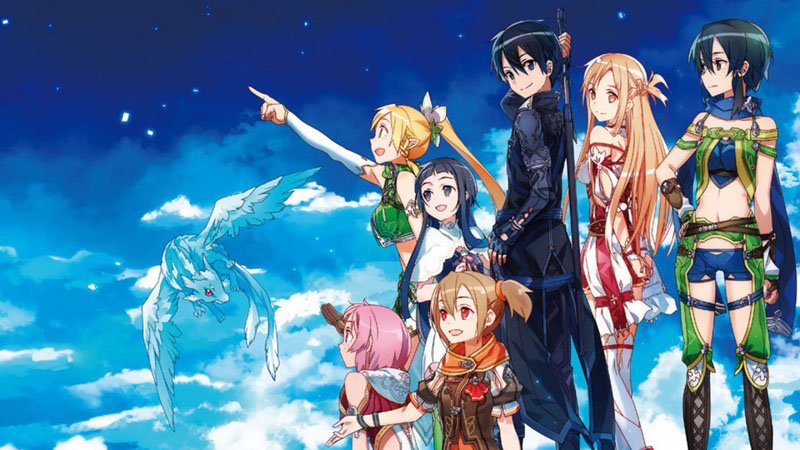 Sword Art Online: Hollow Realization is a JRPG based on the series Sword Art Online by Bandai Namco. The story revolves around Kirito and the gang as they test the newly-opened game, Sword Art Origin. While testing, they found a new NPC with a dull/blank status that got them curious thus starting their journey helping said NPC find her memories. However interesting that sounds, the execution is dragging.

JRPG tends to communicate to players through cut-scenes and the cut-scenes in this game are just lazy like so.

It tarnishes the storytelling, making it dull and uninteresting to follow. Who wants to see the action part of a cut-scene with white flashing and flickering light representing an attack that took place?

Hollow Realizaiton is not for newbie players. Not only did the game surprise us with a first-person slashing game on tutorial mode,

it also gave us events like “keep exploring” or “explore the downstairs” without any hints on where to go or what to do (sometimes they have icons) with huge maps and NO RUNNING BUFF. A lot of time is spent exploring the town and last known area of the event, making the game tedious and tiring.

SAO:HR only gave us the same old game with little tweaks to make it more of an MMO game rather than a console game, giving us such majestic in-game moments like NPC players attacking monsters on the map or raid bosses popping out every once in a while knowing that you can’t kill it, making you feel like you’re in an MMO game. But remember you are still all alone….

Combat in this game is tricky; an action game with tons of evading, hacking and slashing with tons of skills. Now imagine that while selecting some of the skills you want on a skill hub UI WITH A CONTROLLER 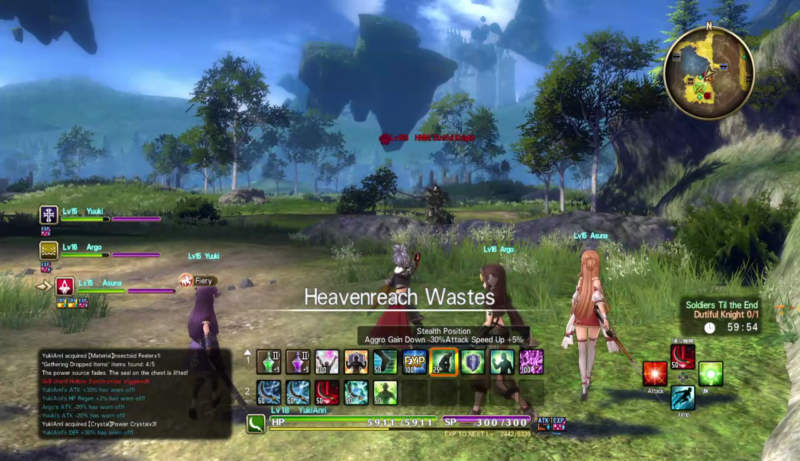 What are we, Japanese gamers? -_- Unfortunately no magic or range attack is present in the system.

Of course they have provided some shortcuts to make the skill usage simple, but why didn’t they use all of the buttons?

Why stick to TRIANGLE + ANGULAR MOVEMENTS? There are still a lot of available buttons people… AVAILABLE BUTTONS!

Sword Art Online: Hollow Realization is a hollow realization of a great game that might have been. It’s a great anime adaptation, probably might be a good MMO game and has full of potential, but by not taking any chances, cutting corners, lazy decisions and story-telling it drags the experience resulting a dull adventure game with a lot of trekking and unnecessary moments.

Here’s a suggestion, since the game is about MMO games, why not the custom character join Kirito? Instead of customizing Kirito and have the players decide whom they want to use, just like on White Knight Chronicles. Or why not introduce a faster combo system like in Chrono Trigger. Or make the character development part of the story, instead of this date sim with tedious lines. It pains to see such a good series limit itself by rushing a 3rd game that nobody ask for, when they can focus on creating a better game.