Ubisoft announced that Starlink: Battle for Atlas, an all-new action-adventure game developed by Ubisoft Toronto, is now available on Nintendo Switch, PlayStation 4 and Xbox One . This open-world space saga features modular toy technology that allows players to assemble and customize real-world physical starships, link the starships to their game controller, and launch into an epic adventure across the Atlas star system, either in single player or with a friend in two-player split-screen local co-op. Each modular component and pilot attached to the starship appears instantly in-game, allowing players to directly affect the course of their battle in a meaningful way.

Starlink: Battle for Atlas is a project born from our team’s passion for space and adventure games – it’s a game we imagined playing as kids, and we are thrilled to share it with players of all ages today. We can’t wait to see how players will use their imaginations to combine wings, weapons and pilots to create the starship of their dreams to help them defeat the Forgotten Legion and save the Atlas star system.

Starlink starship parts and pilots are all compatible with each other, except for the Starfox pieces which are exclusive to the Nintendo Switch, allowing players to make their own special unique starship. The modular toys and dynamic combat mechanics let players explore multiple ways to achieve objectives and approach any obstacle by experimenting with different pilot abilities, weapons, and ships, unleashing devastating combos upon their enemies. 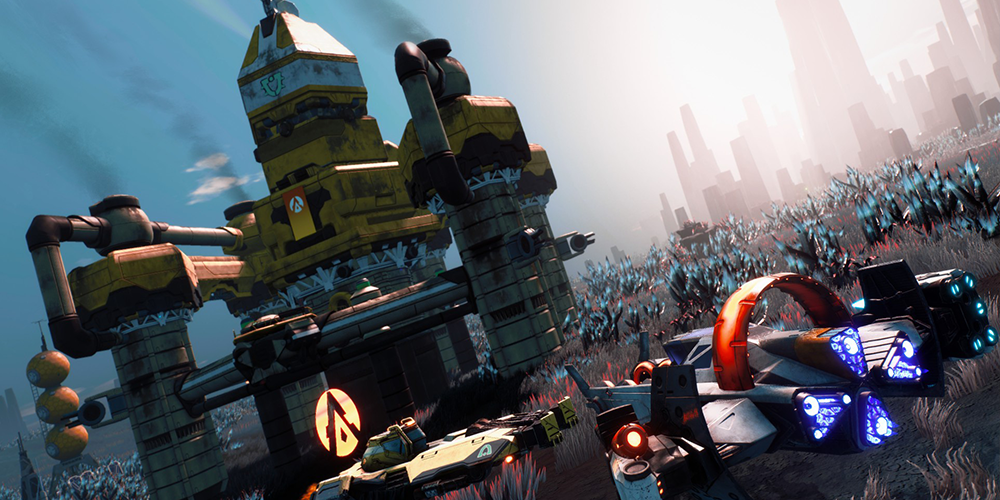 Starlink: Battle for Atlas also offers open-world gameplay, spanning a full star system which players can explore with total freedom. Built from the ground up in the Snowdrop engine, the game allows seamless travel through and around the exotic alien worlds of the Atlas star system, teeming with life and unique challenges across seven different planets.

The diverse cast of characters in Starlink will team up with ace pilot and leader of the Star Fox team, Fox McCloud, and pilot his iconic Arwing ship in exclusive add-on content for the Nintendo Switch. Players can play through the entire campaign as Fox McCloud and embark on exclusive missions in Atlas to take down Star Fox team rival Wolf O’Donnell.

Players can start building their collection with the Starlink: Battle for Atlas Retail Starter Pack, which includes:

The Nintendo Switch Starter Pack will also include the Arwing star ship as well as the Fox McCloud pilot. Players can expand their collection and experience with additional ships, weapons, and pilots available separately for purchase. In addition, Starlink: Battle for Atlas allows players to continue their adventure without their physical toys at any time, unlocking digital versions of each physical component when connected to the game – a great feature for those players wanting to play their game on the go on Nintendo Switch.