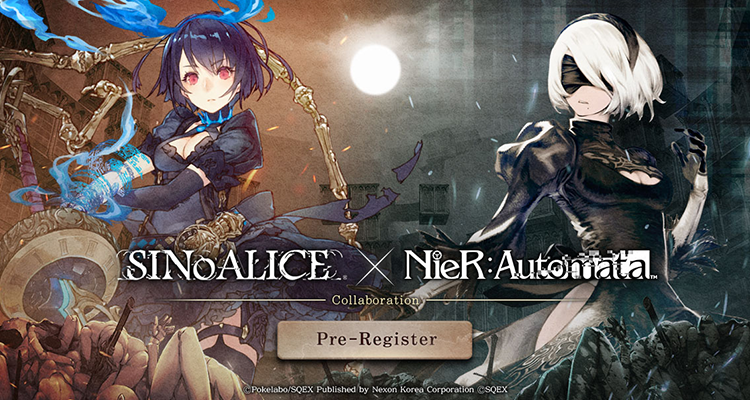 SINoALICE is Collaborating with NieR: Automata by Bringing 2B and 9S is Coming to the Game

Yoko Taro, creator of NieR: Automata has announced himself that 2B and 9S will make a presence in the game. But how they’re presenting the two androids is still left a mystery.

In addition to the upcoming collaboration between Taro’s hit games, SINoALICE officially surpassed one million pre-registrations, earning special rewards for all participating players. Launched in Japan in 2017, SINoALICE’s impressive story and character design earned it the top of the mobile gaming charts with over four million downloads. After much anticipation, SINoALICE descends on its official global launch on Thursday, July 18, 2019.

SINoALICE launches for iOS and Android worldwide excluding Japan, China, Taiwan, Hong Kong, and Macau on Thursday, July 18. Players can currently participate in pre-registration for exclusive rewards through the official website or Google Play. The game is rated M for Mature (ESRB).