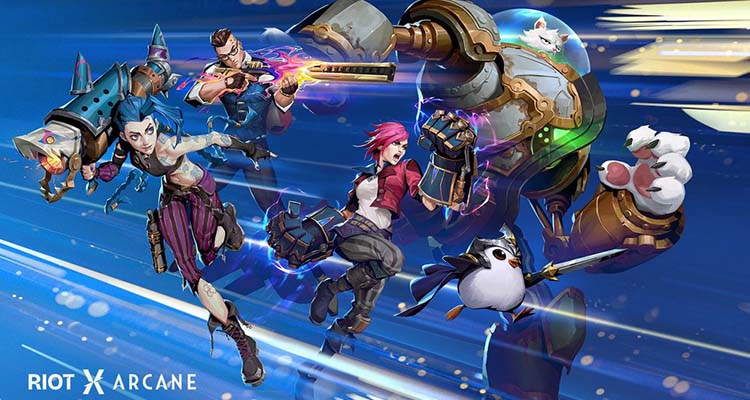 Celebrating it’s first ever animated series, Arcane. Riot has set up a month-long experience on all their properties (League of Legends, Legends of Runeterra, VALORANT, Teamfight Tactics, and League of Legends: Wild Rift). With the kick off starting at the League of Legends World Championship followed by the Arcane premiere the next day.

With every new step we take, from launching new games to expanding our esports, we’ve always remained focused on bringing players exciting, resonant content that is authentic to the core League of Legends experience, Today, there are more players enjoying our games worldwide than ever before, validating our confidence in the League of Legends IP as we begin a new era with the launch of Arcane. Together with players, we want to establish gaming as the center of global entertainment.

The League of Legends World Championship Show Open, which starts on the 6th of November at 8:00 P.M. will Grammy Award-winning artists Imagine Dragons alongside PVRIS, Bea Miller, JID, and Denzel Curry, who will take players and fans on an Arcane-themed journey through Piltover and Zaun, the dual-city setting for Arcane which you can catch on the official LOL Esports website, as well as YouTube and Twitch.

Meanwhile, the RiotX Arcane Global Premiere will happen the next day at 8:30 A.M. which will be seen on select Twitch streamers and the Riot Games Twitch channel on top of Arcane‘s website. Happening at the Riot’s LA HQ, the global premiere feature a unique red cardpet event for media and streamers globally for over 30 markets.

What’s more, there will be a Twitch drops for those who will be tuning in the RiotX Arcane Global Premiere over at the Riot Games Twitch Channel which would net viewers in-game items for such as:

To create an experience around the launch of Arcane, we started with our games, the origin of the IP, we hope we’ve created an event that encourages players to celebrate Arcane in their own unique and meaningful ways, as a global community, in and around the games they love.

While waiting for the dates, we can check out the The World of RiotX Arcane event hub, a digital event companion for us to explore alongside the show. Riot promises that it will be evolving week-over-week with new information, and we can in fact embark on a narrative adventure and solve missions to earn in-game rewards. Rewards go live beginning on November 7, with additional in-game rewards becoming available starting November 15. Prime Gaming rewards are available from November 1 to November 30.