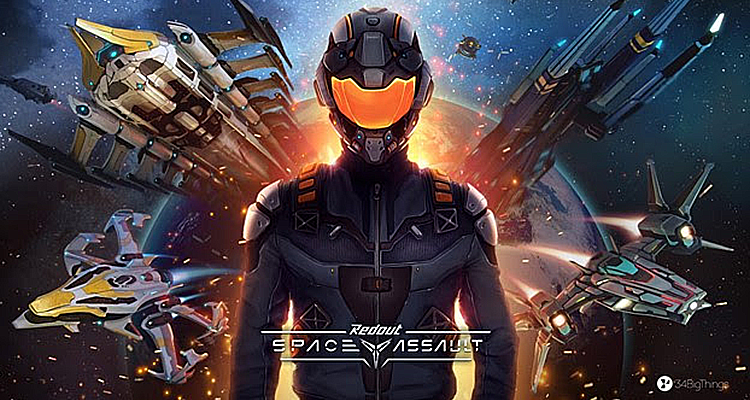 Italian developer 34BigThings has launched its arcade space shooter Redout: Space Assault last January 22. The game is available on the PlayStation 4, Xbox One, Nintendo Switch, and PC via Steam platforms.

In Redout: Space Assault, you are in control of a Super Orbital Recon Fighter during the 2395 Colonization of Mars. As Leon Barret,  you’re the ace fighter pilot of the Poseidon Security Forces. Your job is to maintain order by eradicating rebels and space pirates, facilitate Poseidon Corp.’s scientists’ research while keeping them safe, and protect all their personnel from the numerous external threats.

The game puts you into gigantic asteroid mining plants, shooting down Rebel drones and fighters, roll left and right avoiding enemy fire, unleash powerful missile volleys, but also race against stray pilots and space scavengers at breakneck speed for the sheer thrill of it.

34BigThings promises that you will experience Leon rising through the ranks, the meaning of “necessary evil”, the cost of integrity, and ultimately, what it means to take a stand.

Here’s a rundown of the game’s features.

Redout: Space Assault will be sold at a 10% discount over at Steam for a limited time, so from it’s original ₱289.95, you can get it at ₱260.95 (if you’re from the Philippines). Other platforms can get the game via the Nintendo eShop, PlayStation Store, Microsoft Store at $9.99/9,99€.