While I kind of lost my drive to play Pokemon Go with people getting waaaay ahead. I mean seriously with just a few hours of the game being live I see a Gyarados with a CP of around 1.7k kinda killed it for me. Yesterday’s situation made me kind of try again since the position of the Poke stops around the Ortigas/Emerald Avenue area are bunched together and people have been putting down Lure Modules left and right.

Here are some of the things I figured as I was playing in the afternoon yesterday while working. Feel free to add more tips in the comments section since I know some of the things I’m posting here are already mentioned elsewhere. However I’d wanted to experience it on my own rather than listen to people (I’m stubborn that way) tell me how to play.

1. Find a coffee shop that has a PokeStop nearby

One of the things I accidentally figured out Yesterday while working in CBTL was that there are PokeStops nearby. While I hunkered down trying to work. There were about 2 PokeStops in the area so I was able to farm the PokeStops while working.

And since the PokeStops recharge quite fast, it’s more fun to put yourself in a position where there are two or three of them in one general area. One suggestion I have is to stay at the CBTL area in Ortigas Park since there are two PokeStops nearby. (Feel free to suggest more areas in the comments and if I have enough I can make a post out of it)

I know there are restaurants and fast food joints that have PokeStops nearby too. But in respect to their business I wouldn’t want to stay there for about 2-3 hours with just a drink or a meal. But I don’t have a problem with that in coffee shops. I know my conscience works in a weird way.

2. Learn to use Lure Modules in tandem with Incense 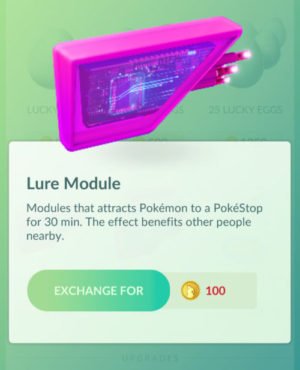 If you’re hunkering down a PokeStop to farm. You’d notice that some of them have those weird petals flying around. That means someone invested a Lure Module in the area.

What are Lure Modules you ask? They are PokeStop add-ons that, as the name suggests, lures in Pokemon in the area. You can hang around the Poke Stop that has the Module installed with Pokemon Go running and in a few minutes Pokemon would suddenly appear in your radar (IGN reports for about 3 minutes). The Lure Module also affects not only the person who installed it, but everyone near the PokeStop, so you can be a good guy Pokemon Trainer by installing one in the Poke Stop you’re planning to farm. 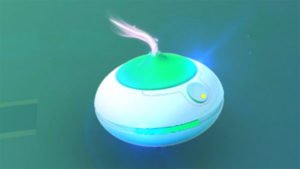 You can get your very first Lure Module once you hit level 8. To install Lure Modules, just click on the Poke Stop then tap on the white weird box in the middle. You’ll be sent to the installation area of the PokeStop and if you have a Lure Module, you can install it if you like.

To maximize the effect of the Lure Module, you can also use Incense in tandem with the Module. As long as you’re near the module and would be stationary for at a minimum of 30 minutes. You can use incense to at least help you get Pokemon faster this way. Or at least based on my experience.

You get your very first Incense on level 2.

3. Learn to maximize the Lucky Egg

One of the things that I noticed as I was playing was when I was progressing was I always kept on getting Zubats, Pidgeys and Rattatas. At first I was irritated but captured them since well, sayang.

Then I eventually figured out that I can make use of the “useless” Pokemon (yeah I said it) as experience fodder. The game gives about 500 exp points in unboosted Pokemon evolution. Now this is where the Lucky Egg comes in. Lucky Eggs are Pokemon Go Items that double the experience you gain from anything you do in-game for 30 minutes.

Since levels are also important in gaining worthwhile Pokemon, (you gain higher CP pokemon of the varous species the higher your level is) you may want to stop yourself from being irritated with getting the same Zubat, Pidgey, Rattata or any of the other Pokemons you get a lot of and see of them as investments.

You get your first Lucky Egg at Level 9.

4. The power of Transferring

In line with number 3. You also need to learn when and when not to transfer Pokemons to the prof. for their candy. On my tests, if the base Pokemon in the evolutionary tree has a really high CP value, their CP value increases exponentially as you evolve them to the next stages. But this is for those who are already satisfied with their current trainer level and are not out to get really good Pokemon.

But if you’re going to exp farm, you need to have as much candy and as much Pokemon that you can evolve as possible. So you better learn to let go of those 10 CP pokemons you have because at the end of the day they’ll just pull you down.

One of the things I liked telling people who are also playing Pokemon Go is to stop acting like the game is Resident Evil that you have to be stingy with the PokeBalls.

Since you’re already farming in the area you can just keep on getting PokeBalls from the Poke Stops. And normally, you won’t get as lower than two PokeBalls per stop (while the other items may include either Razz Berries, Revives, High Potion or normal Potions). 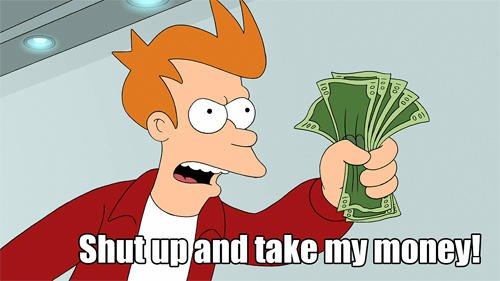 Of course, this only is good for areas that have tons of Poke Stops nearby. If you’re living in the middle of nowhere, and yet there’s no short supply of Pokemon, you will either have to purchase them on the store or force your lazy butt and head out to a location that has Poke Stops nearby. I know I’m already contradicting the title of this post, but man there’s a limit to how lazy you can be. I do apologize for those who really don’t have any Poke Stops nearby, I’d suggest you uninstall the game to save yourself from the frustrations.

Anyway, here are just some of the things I learned while I was farming yesterday. If you have other tips, suggestions or ideas, you can leave them down in the comments section of this post!