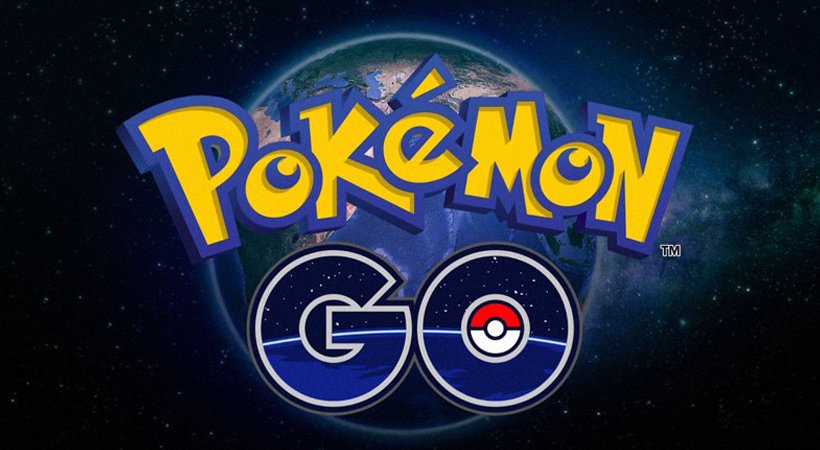 It’s been about two days that Pokemon Go has been opened to the Philippines and the game has taken the country by storm.

One of the things that kind irritated me at the start of the game is how people seemed to have made leaps and bounds ahead in terms of getting Pokemon. It kinda bummed me out that I was getting left behind, till I got my sort of experience yesterday while working in Ortigas.

One of the things I kind of had to work with is that I don’t have the luxury of being able to go around much with things going on in my area. And that the PokeStops near my place is few and in-between. While the game doesn’t really require you to spend on it. So the impatient player in me wanted to at least catch up and well, check if I can throw my money to the game to at least be in-step with some of the other players who are way ahead.  But before I did that I decided to check out and see if the prices in the store didn’t change since I last checked on them.

Since the prices are the same I thought that maybe I could just spend a few on it. And since I wanted to farm the Pokestop in CBTL Ortigas Park, I decided to purchase a Lure Module that’s worth 100 PokeCoins, which in turn is worth 47 PHP. I don’t have any credit card with me (since I freelance so it’s harder for me to get one) but I had my GCash Mastercard. Since my GCash Wallet still had load (I use it to purchase other items online) I used that to purchase the lure module instead.

Here’s the step-by-step of what I did to purchase my stuff in Pokemon Go using GCash Mastercard:

I’ve mentioned that my GCash still had load. And it was because I used Globe prepaid cards to have it something on the account. For the complete step-by-step of how to load up your GCash via prepaid load you can head here.

I had to link my GCash account with the Mastercard that I recently acquired through the Globe store. Since I’ll be using those details as substitute since I don’t have my own credit card.

Step 2: Head to the in-game store

So once I’ve had my load I went to the Shop in-game. The thing about the Pokemon Go store, and any other free-to-play titles out there is that you can’t outright purchase their in-game items. So you have to go through the process of buying the currency before you can actually pay for the item.

So head on down the bottom of the screen and you can see PokeCoins for purchase. The cheapest is at 100 and that’s what I was hoping to purchase. So I tapped that. 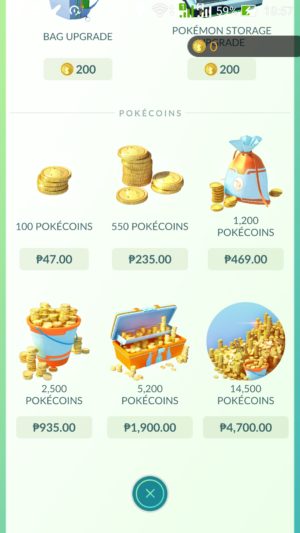 As I tapped the 100 PokeCoins, a prompt would pop out asking you for details like so:

After tapping on continue, if you haven’t linked your card with Google Play you can then put that in as an option: 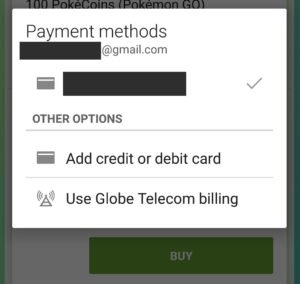 Tap on Add credit or debit card and put in the necessary information that the system needs for you to properly linked it to your GCash Mastercard. Once you fill in the details you will now be lead to purchasing from the store. And once you do you’ll get a confirmation text from GCash of the credited balance in your account. 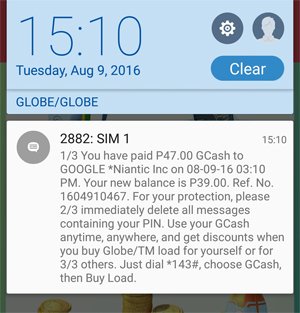 And there you have it! Now that I have around 200 PokeCoins (I purchased again as I was doing this post) credited to my Pokemon Go account, I was able to get a lure module to for my farming!

If you neither have neither a GCash account, or at least don’t have a GCash Mastercard, you can head to this site for further information.