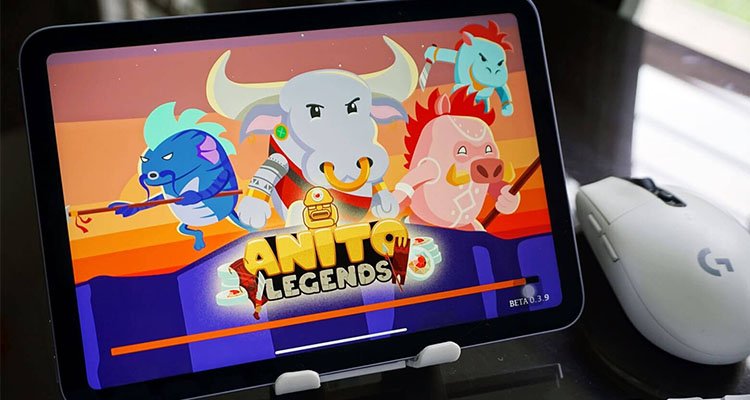 Anito Legends is headed for a very exciting time in the next few months. With our beta testers already having access to Cloud Save and the PVP system, they are given a deeper preview of what the Anito Legends early access will offer once it releases this August 2022.

Implementing Cloud Save and PVP before all other features in the game is extremely important at this stage of development. Cloud Save allows players to sync and access their game data across all devices where Anito Legends is currently playable. On the other hand, PVP lets players match and fight against other players within the game, offering another exciting game mode for competitive gamers.

Letting our beta testers utilize Cloud Save and PVP before early access helps us make everything work efficiently and securely on the back end. This provides a smooth and convenient gameplay experience for our player base and community.

Anito Legends is looking to release its early access version on the Binance Smartchain Mainnet this month. Sales of its Anito NFTs will also happen during the same month, with more optional play-and-earn features to follow in the future. To know more about Anito Legends you can head here.

Anito Legends is an upcoming auto-battler casual title developed by Filipino company Masayato Games. In the game, players are tasked to form a team of three (3) Anitos from four (4) different classes – the Kiwig, Sarangay, Siyokoy, and Tikbalang. Players can battle through single or multiplayer modes to earn in-game and physical rewards.

To create the game’s lore, the team worked with Palanca Award-winning horror writer Yvette Tan, while the in-game soundtrack is being produced by Myth_OS, composed of the duo Malek Lopez and Juan Miguel Sobrepena.

Anito Legends‘ tokens $LARO and $GINTO are also listed on Coingecko, the world’s most reliable source of independent cryptocurrency data, and CoinMarketCap, a trusted and accurate source for crypto market capitalizations, pricing, and information.

Anito Legends is a casual game that utilizes some ‘play and earn’ mechanics. It is not an investment opportunity nor is it an invitation to invest.