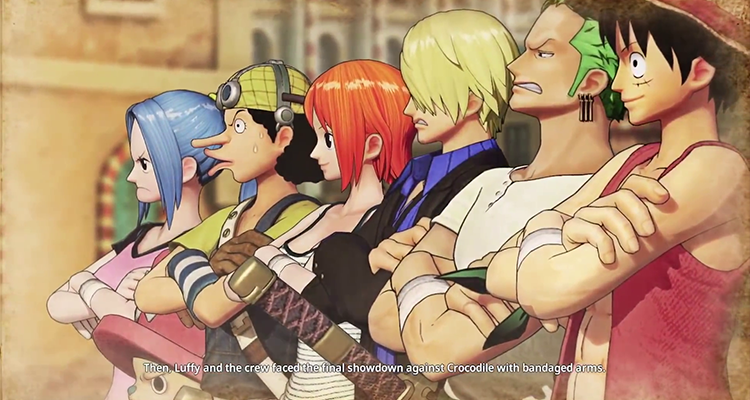 If there are a couple of things most people weren’t expecting to still be alive and relevant in 2020, it’s anime games and Musou games – more so when it’s an anime Musou game. Anime games haven’t exactly been popular as, even though their respective fandoms received them well,  the popular notion of them are that of cash-grab reskins of basic arena games meant only to trendjack with their associated franchise’s success – with the only mainstream exception of late being Dragonball FighterZ.

Musou games, on the other hand, have been extremely rare – having only have 1-2 titles at most released each year since the PS3 days. For those not familiar with the term, Musou games are large scale beat ‘em ups where you play a “one-man army” character in a rumble-type map and you hack and slash through droves of enemies at a time – which makes it a perfect genre for a shounen anime collaboration. 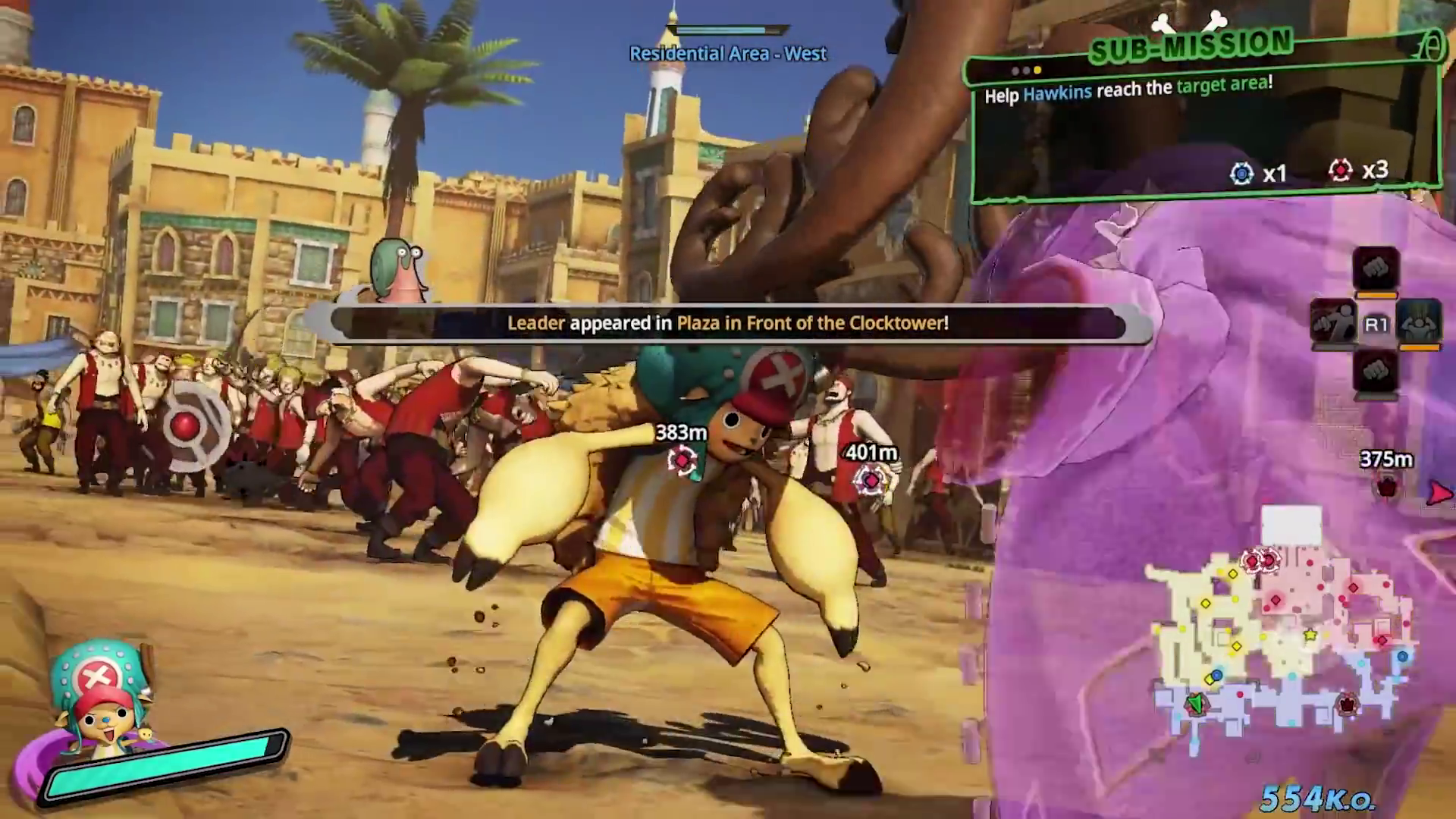 Though it hasn’t really quite caught on for some reason. That is, except for one particular anime franchise that seems to have found its perfect genre in terms of game adaptation, and that is the undying iconic Shonen Jump title, One Piece. 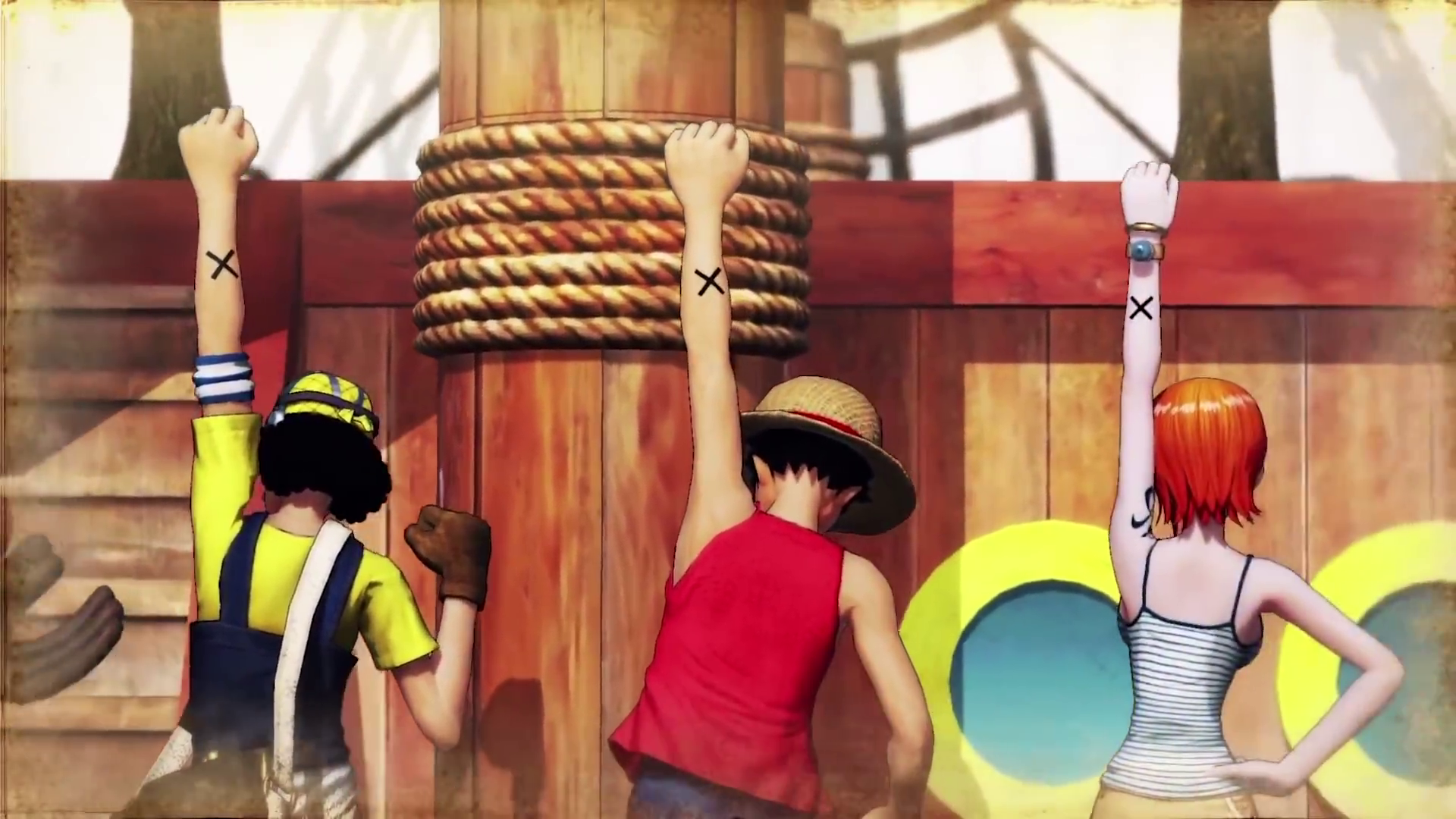 Pirate Warriors 4 covers 5 key story arcs from the manga: the Alabasta arc, the Marineford War arc, the Sabaody Archipelago arc, the Whole Cake Island arc, and the Wano Country arc (though I do use the term “cover” lightly as the game mostly just picks out key fights in said arcs to reenact and play.) – adding iconic heroes and villains from those storylines to the playable roster. As earlier mentioned, the game doesn’t exactly replicate the events of the anime/manga in their entirety, opting mainly to just replicate popular missions. Though there is a bit of exposition in between chapters to provide context, making story mode mainly fanservice for the more avid followers of the series as the lack of storytelling will leave newcomers lost and confused as to why these people are fighting. But on the other hand, if you’re a long-time fan, you’ll find yourself ugly crying most of the time. The very loose and limited adaptation in its story mode would take you at least 10 hours to play and it is still rather enjoyable to go through anyway whether you’re a fan or not.

But regardless of your fandom status as a player, understanding the plot would be the least of your concerns as the Pirate Warrior series’ main draw is in its gameplay – mainly through the Navigation Log which is a gauntlet of 100 or so randomized levels with varying missions such as reclaim a base, defeat all enemies, survive, protect an area, etc. There are no cutscenes or dramatic interludes here – it’s mainly pure and unadulterated Musou fun. Here you can grind through stages, earn materials and level up to unlock skills and grow your characters’ stats. Though it does sound repetitive, it makes it up with the many characters you can choose (43 unlockable in the base game and 9 upcoming ones from DLC) – each with their own flamboyant fighting style.

Pirate Warriors focuses on how outrageous and flashy each character’s skill set is with how extensive the combo system is, as well as with how destructive they all look with the Musou system – something that is true to canon but has just been a bit lacking in One Piece’s fighting game / arena adaptations. One slight “con” about this is that since the game expects you to pull off some devastating combos, enemies – especially the bosses – tend to be huge damage sponges so the more casual players would have to put in more work to get the job done. It’s not like it’ll be boring anyway since each character has a lot of combo branches that you can cancel into dashes, dodges, and specials.  So if you’re a button masher or a combo connoisseur, you’ll be spending hours on end discovering new ways on how to flashily wreak havoc on your enemies. It all makes for a really rewarding learning curve so replayability is definitely in PW’s strong suits.

That said, players may feel though that certain characters have more playability options and skills as compared to others. Surely enough, the more major characters like the main crew and the villains would have a lot more skills to pull from the source material, whereas the side characters – though much loved as fan favorites – are expected to have less options or feel underpowered compared to the main characters.

The game also offers a lot in terms of modes. While the Navigation Log can be done and completed by a single player, many missions have the option for you to go multiplayer either local or online coop for some friendly mayhem. For an anime game, it gets decent netcode which allows you and your friends to really collaborate on creative juggles, setups, and combos.

While it doesn’t exactly do a lot to completely beat out Pirate Warriors 3, Pirate Warriors 4 still delivers a lot of both classic and innovative Musou fun. Its diverse and colorful roster and many modes will ensure that you won’t just be spending one weekend on the game. The lack of a good story mode is regrettable, but it’s not really a major flaw as that’s not really what the game is for. In fact, I’m confident that any non-fan trying the game out might just be inspired to get into the series after playing a couple of rounds. Fans too will also be inspired to rewatch or reread iconic moments covered in PW4. 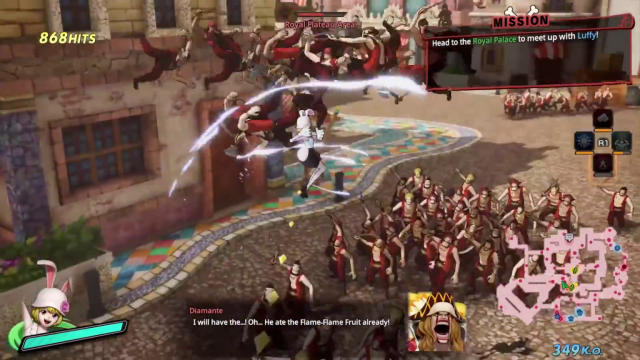 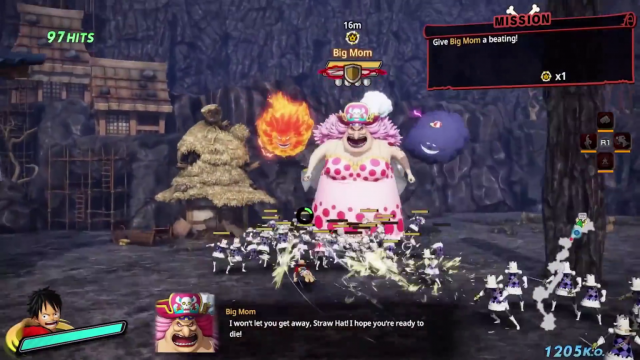 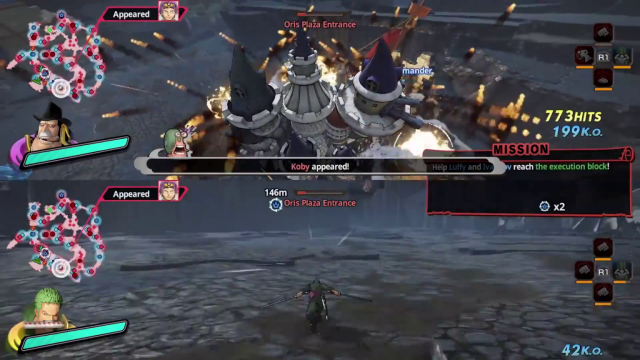