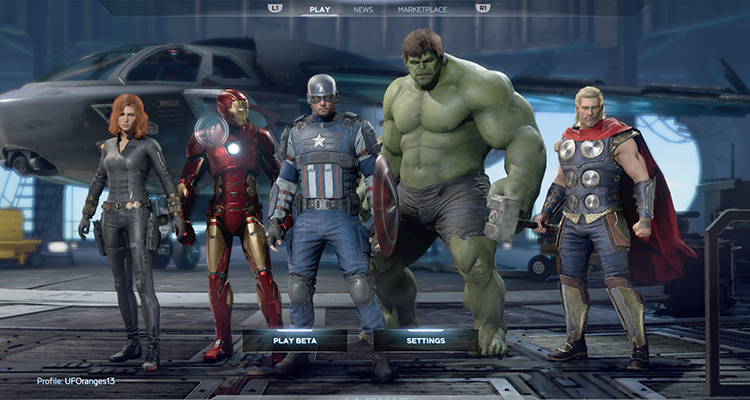 Ever since the showing of Avengers Endgame and Spider-Man: Homecoming last year, people have been STARVED for the next big Marvel content. While we did have several releases of great comic books, web movies, and even a few video games, these weren’t quite enough to satiate the hunger of mainstream MCU fans – especially since we’re all aware that we were supposed to get new movies this year like Black Widow and The Eternals – not to mention the Disney+-exclusive spinoffs. Sadly those have all been delayed indefinitely due to this cursed pandemic.

But don’t let your hearts be troubled, dear friends. These dark times are, in fact, the perfect time for heroes to rise and something has stepped up to the plate. Sure, it’s not MCU and they’re no Chris Evans or RDJ. In fact, they have been made fun for looking like stunt actors for the actual cast. But it is still something mainstream Marvel fans can sink their teeth into. 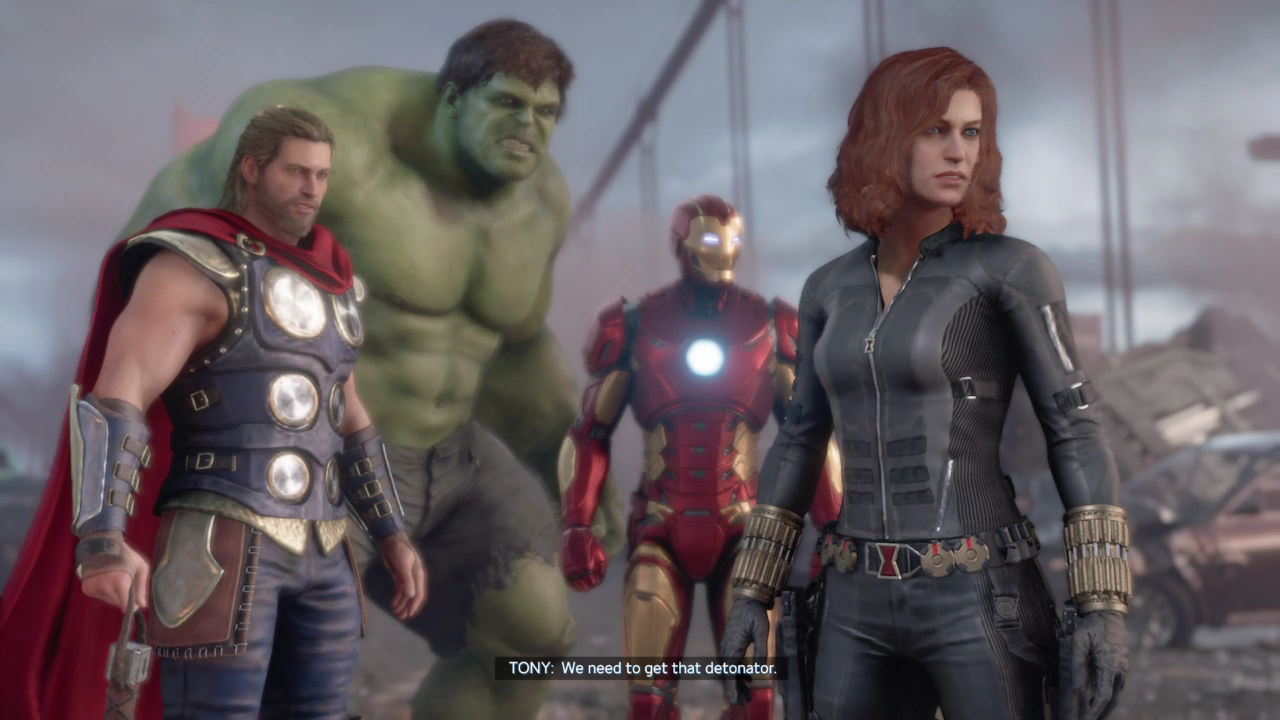 Marvel’s Avengers by Square Enix has had a rough start by being panned when it was first revealed as The Avengers Project back in 2017 for its character models, and was panned again during E3 2019 for showing off “generic, GoW clone” gameplay. While I was part of the camp that only saw it as a cash grab that coincided with the MCU’s success (as it wasn’t even a tie-in), my interest was eventually piqued as they released further trailers.

First off, though the game does take the MCU’s initial roster minus Hawkeye and has adapted a bit of their appearances (I use the term “adapted” loosely here), MA grabs attention by focusing on the Inhumans and AIM – 2 things the MCU has yet to explore. For those not in the know, Inhumans are kinda like Mutants, but instead of built-in genetic evolution, people mutated and gained powers through exposure of a substance called Terrigen Mist. MA begins with the public celebrating the Avengers as heroes. However, terrorists begin to attack with the goal of stealing and weaponizing the tech Stark has hidden aboard their helicarrier. The Avengers fail in subduing them, causing an explosion that sinks the city and exposes the world to Terrigen Mist – an event that has been dubbed as A-Day. This caused the government to forcefully disband the Avengers as they were seen as both threats and failures. Upon their dissolution, a surviving scientist from the explosion started a technology company called AIM with the purpose of filling the gap the Avengers left with science and technology in place of vigilante heroism. They were even taking on the responsibility of detaining berserk Inhumans and finding cures for their mutations. However, some felt that this was all a farce and that the Inhumans were actually just being experimented with or disposed of. Our hero, Kamala Khan – an Inhuman who will eventually take up the mantle of Ms. Marvel – joins with Bruce Banner in a mission to reassemble the Avengers and do something about it. 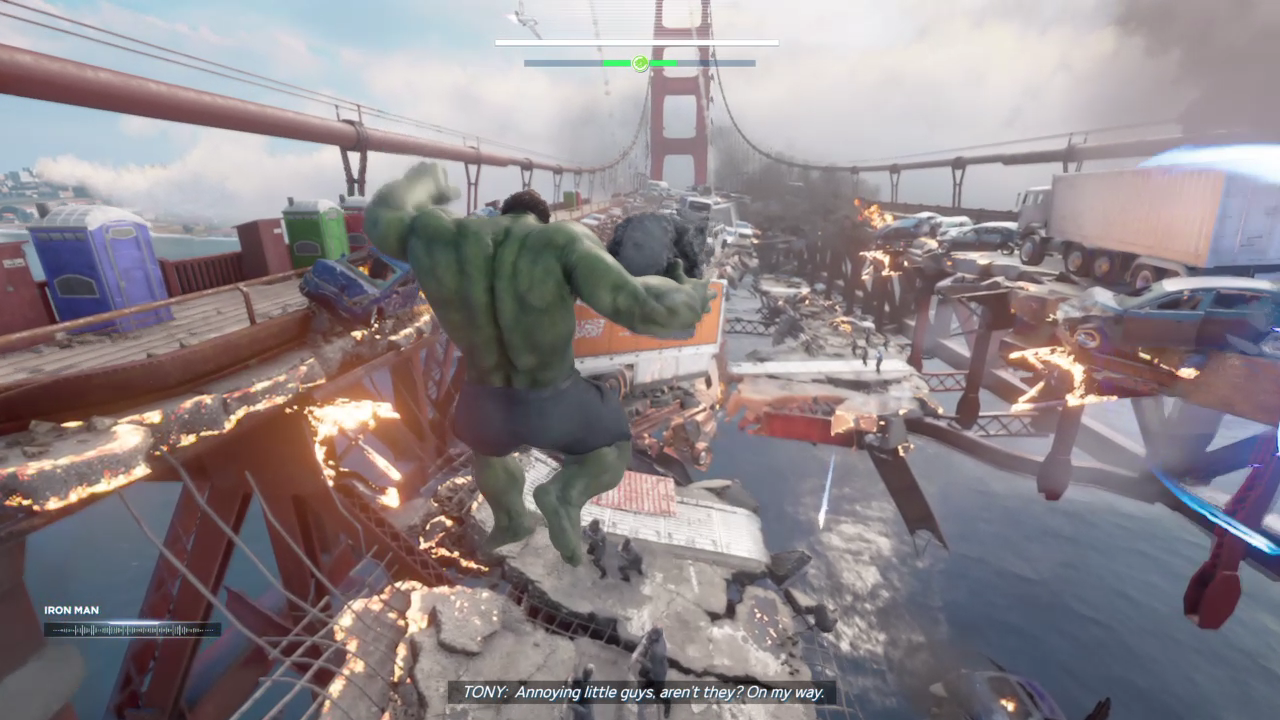 From the premise alone, I’m already salivating at the potential the plot could bring. It was smart of Squeenix to not completely ride on MCU’s content to avoid comparisons (besides the designs). There’s even potential for the game to be adapted into the movie-verse instead. The Beta only covers the initial events leading up to A-Day plus the first few missions of Kamala and the Hulk reassembling the Avengers, but it already delivers a lot of story to simmer through. Hopefully, the full game delivers a satisfying narrative.

The script and the pacing themselves feels a bit wishy-washy – trying hard to emulate the wit and charm of the MCU’s character chemistry, but it just feels awkward and a little cringey – but it is still true to its nature of being comic book camp so that’s something we can let slide. 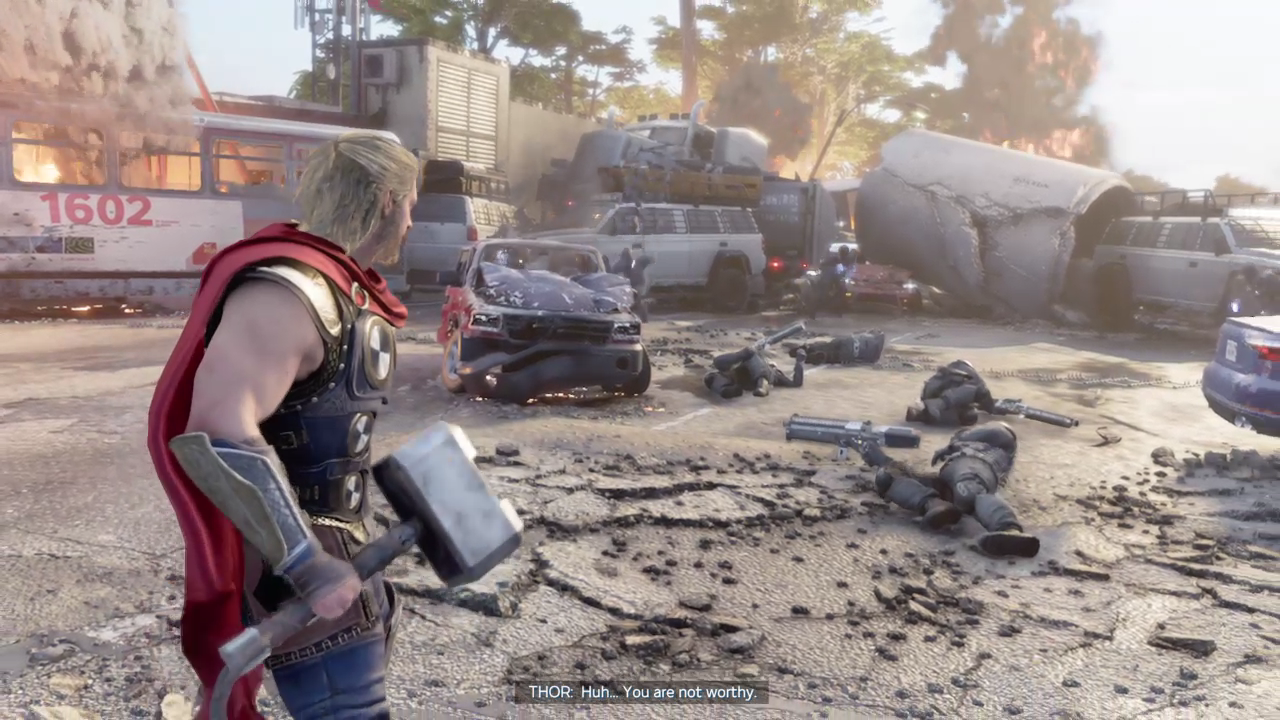 The gameplay itself is surprisingly simple. It has some exploration segments, but the game is mostly a beat em’ up  brawler – bordering on a Musou type game – that just requires you to defend an area, get to point B, acquire/destroy X amount of targets on the map. Typical campaign goals. The game starts out a bit mashy as you only have to lock on and press a button or two for combos, then a few other dedicated buttons and combinations for specials. You start out with basic combos, but as you progress and level your characters up, you get to unlock more combo routes that have different effects by allocating skill points. What’s good about the combo system is that even in its most basic routes, you are allowed the freedom to jump or evade to cancel your actions either as a defensive measure or to creatively extend your combos – allowing for some almost MVC-esque exhibitions – all while having a team of characters (either AI or player-controlled) fighting with you on the side. Honestly, it plays like a slightly more sophisticated version of Marvel Ultimate Alliance, or a more westernized Kingdom Hearts (those are good things). The online coop is also a welcome feature as it really allows you and your friends (or randos) to come together for an organized hero brawl-out, letting you live out your superhero fantasies.

The graphics, on the other hand, are indeed of Squeenix quality though. With Crystal Dynamics and Eidos developing the game, MA is a sight to behold. Imagine the environmental renders of Tomb Raider, but give the characters bombastic powers and flashier movements. The… questionable character models sadly are here to stay. With the exception of the unreasonably handsome render of Bruce Banner, I’m glad the characters will be spending the majority of their game time with their backs toward the screen. 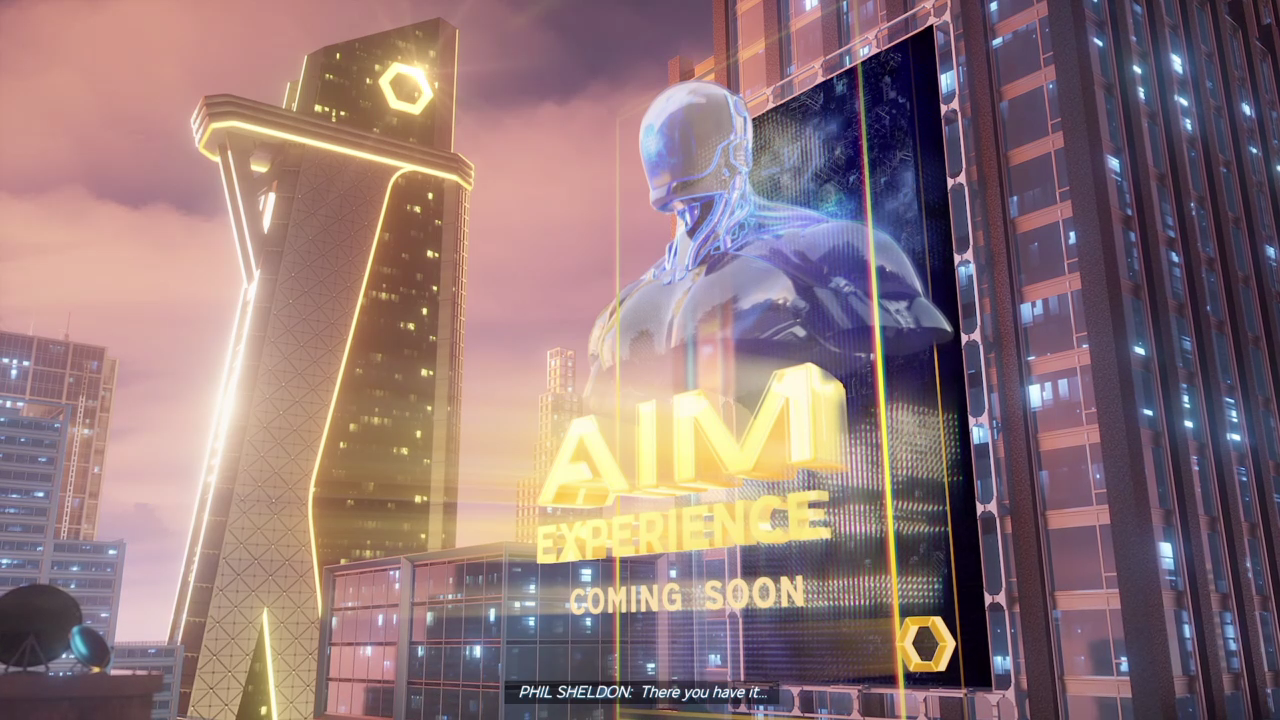 My only problem with the visuals is that it has a dizzying factor, which I hope they’ll fix come full release. The game is a bit high-speed and there’s often a lot happening on the screen. With how dynamic the action is, the camera often has to move at the same speed to keep the money shots on screen  However, as the camera hovers a little too close behind your character, and that there are a lot to keep track on screen, the results are that the game can cause a bit of vertigo. I ended up having to pause the game a few times. But it’s probably just something you could get used to. Or a setting they can fix up in the future. 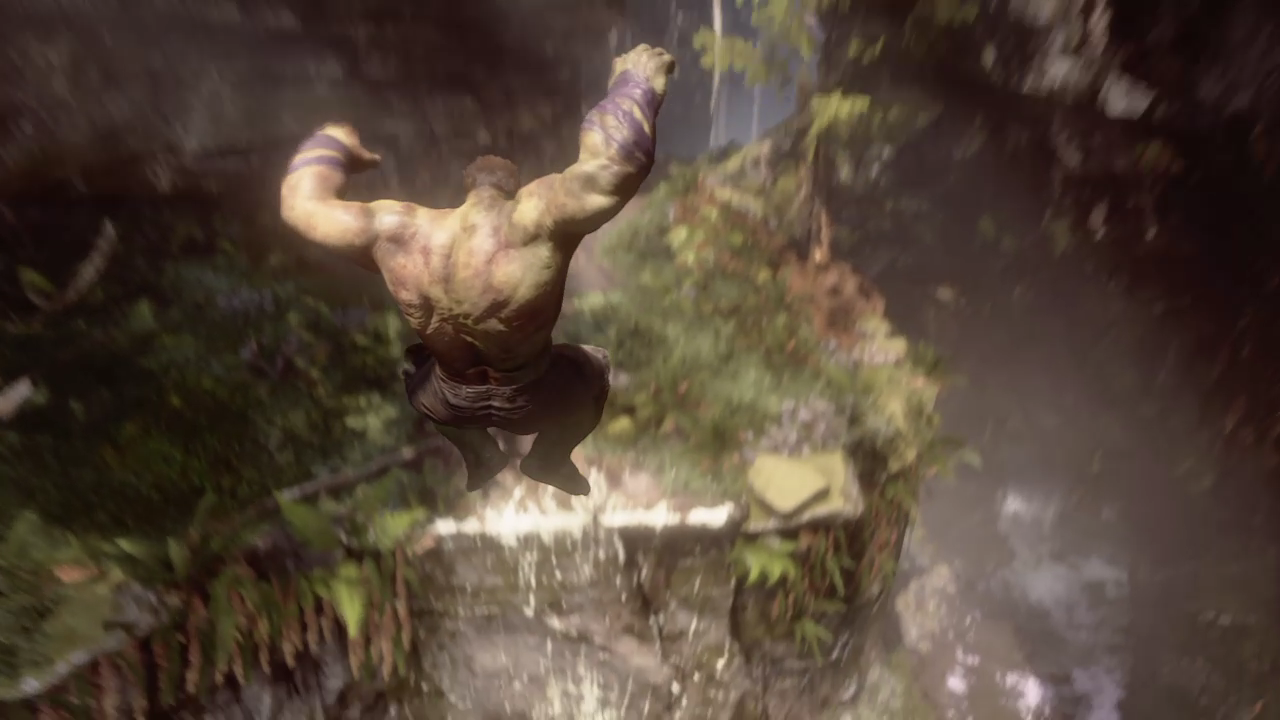 Despite how basic some features and mechanics appear to be, when you see it all come together on screen, it delivers a great mix of superhero fun. And that’s just all in the Beta. Squeenix can still polish things up and prepare something even better on its full release. Until then, we can opt to read some of the tie-in comics they prepared, collectively published as Marvel’s Avengers: Road to A-Day. The series follows each of the main cast (except Kamala) leading up to the fateful event that sets the game’s events in motion. All in all, Marvel’s Avengers is looking up to be a game for fans (and even non-fans) worth re-assembling for. 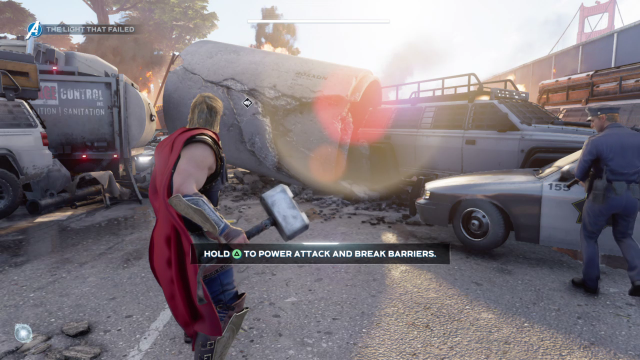 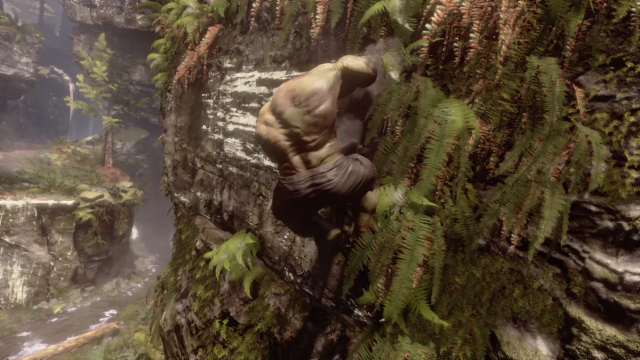