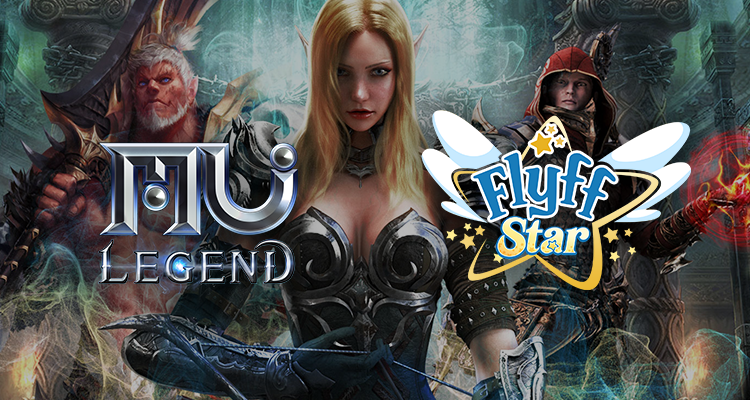 MU and Flyff Get Remastered in MU Legend, and Flyff Star

It has been a pretty long 2020, and the gaming industry has seen a lot more activity online. PlayPark is seeking to round out this year with more games added to their list of offerings.

After launching the popular rhythm dance game Club Audition Mobile last August, expect new games to come from PlayPark starting with the Closed Beta Test of MU Legend and following up with Flyff Star. Taking these classic games to the next level by offering new ways to indulge in nostalgia for longtime gamers while getting new players into the hype.

The world of MU is probably what most players still remember about it, and MU Legend takes full advantage of current-generation graphics to bring that world to the next level. MU Legend also combines the excitement of hack n’ slash games, with the elements of an MMORPG that results in a game that allows players to experience MU in a totally new way.

Players can choose from 5 classes, each with unique abilities to cater to their preferred role. Players who have played MU Online will notice the similarity in the classes but with a wider and deeper character skill customization. No matter what class you pick though, you can jump straight into the action alone or with friends. The dungeon instancing system generates unique environments for your group, so there is no need to fight others for loot.

For those that like to compete with other players, MU Legend has a PVP game mode for up to four players for each party. The PVP area is the perfect way to test your build and face other players to see if you can match their might.

from PC to Mobile! Flyff made a big splash when it debuted in 2004, and many years later, a new generation of fans have flocked to the game and the community has remained strong. Now, gamers can take the world of Madrigal with them anywhere.

Flyff Star boasts an epic story with over 300 quests that take players deep into the world and the different contents of Madrigal. Start your journey either as a Mercenary, Acrobat, or Magician to complete quests and upgrade to 2nd Job Classes depending on your playstyle. The Mercenary can either be the Knight or the Blade, Acrobats can choose to become Jesters or Rangers, while Magicians can take the path of the Psykeeper or Elementor.

You can definitely show off your unique style, as Flyff Star has a wide variety of armor sets and skins to obtain in the game. Not only do you grow in power, but you can also be the sharpest dresser and strut your stuff in Madrigal!

For more competitive players, Flyff Star offers challenges for both PvE, and PvP fans, such as World Boss fights, Colosseum matches, and Tomb of Ankou raids. These special game modes reward skilled players who can deal with the highest damage via their abilities and items. Players can also test their skills against other players in PK areas to get rare materials. One on one Duels can also be issued, while the Arena is the place where players can indulge in free for all fights. There are Battlefields for more experienced players in teams or in guilds, which will definitely be fun to join and spectate.

Players can jump into the Closed Beta Test for MU Legend from now until September 16, 2020. Players who get at least one character to level 20 and a combined playing time of 10 hours will be eligible to receive rewards to be inserted into their accounts during the Open Beta period. Check out the official Facebook Page for updates. Players can download the client here.

Meanwhile, SEA and Oceania servers for Flyff Star under PlayPark are scheduled to open in November 2020.