The event is a showdown between rivals Method and Aversion Gaming. They will face each other in 3 intense competitions set in WoW‘s endgame content. The first match will be a Shadowlands Alpha Ny’alotha Raid Race, which will test the speed of each guild. Following the race will be a Shadowlands Alpha Dungeon competition, followed by a PvP dueling competition. VOD of the matches will be available on MSI‘s Gaming Global YouTube channel and Facebook page on May 15, 3AM CEST.

We are incredibly excited to collaborate with Method on such a thrilling event and showcase the power of our new GE66 Raider and GS66 Stealth, gamers of all levels have come to expect the best from our technology, and we’re proud to help some of the best players in the world reach peak performance during the event with the latest 10th Generation Intel processors and NVIDIA graphics cards. 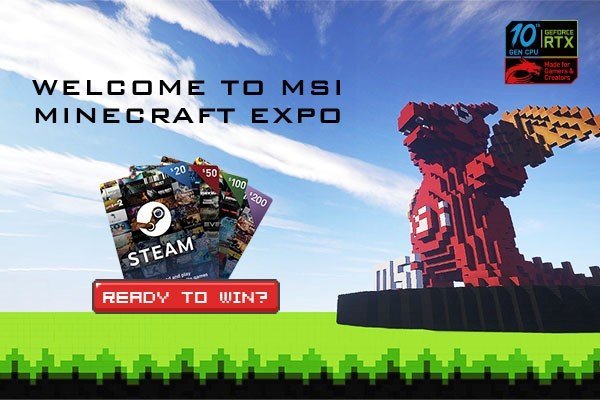 MSI also announced an online Minecraft Expo, featuring the Run Lucky Run parkour challenge, which features MSI‘s own mascot, Lucky. The event will run from May 13 to June 13, 2020. Participants will have a chance to win exciting prizes in a raffle on June 13. To qualify, participants should post a screenshot of their completed challenge on Instagram, tag @msigaming and use the hashtags #MSIMinecraftChallenge and #Evolve.