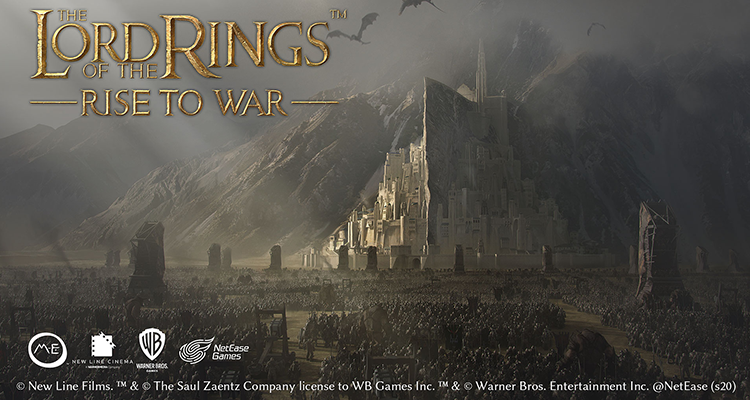 Mobile Game, The Lord of the Rings: Rise to War CBT Happening on July 15

A surprise Lord of the Rings game appears!

NetEase Games and Warner Bros. Interactive Entertainment announced that the Closed Beta Test for the officially licensed mobile strategy game, The Lord of the Rings: Rise to War will start on July 15.

According to the release:

In The Lord of the Rings: Rise to War, players will take on the role of a leader and build their armies for conquest, strategically expand their territory and form new alliances in pursuit of the One Ring. The game also features iconic characters who offer unique skills in battle, including Aragorn and Elrond, among other beloved characters.

Key to The Lord of the Rings: Rise to War is the formation of Fellowships, which encourages social interaction and teamwork. Players can build a small group of allies for a perfectly coordinated and executed attack or defense, but as stakes become higher and territories are won, it will be crucial to band together into a larger network of alliances. Where there are Fellowships there are also enemies; players will have to face and defeat fierce forces to ensure their dominance doesn’t come to a premature end.

The CBT will run on Google Play from July 15 and will last about three (3) weeks. The game is slated to be released this year.

You can check out the website for more info.