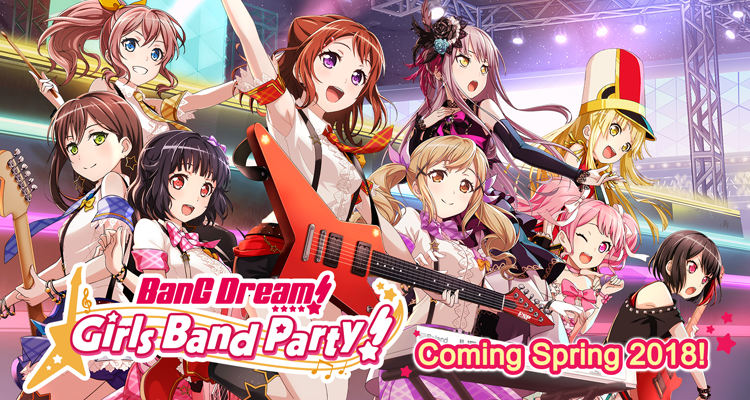 The Japanese mobile game, BanG Dream! Girls Band Party! is getting a worldwide release this coming spring (March to May) according to Bushiroad. Pre-registration for the game is now ongoing here for the iOS and Android versions of the game.

Here’s the brief from Bushiroad:

With simple controls, “BanG Dream! Girls Band Party!” is an exciting rhythm game that is easy to pick up. As well as having many original songs to play, fans of Japanese animation will be delighted to find many covered versions of popular anime songs such as “Silhouette”, “Butter-Fly”, “Guren no Yumiya”, and “Soul’s Refrain”. One unique function of the game is the completion of songs together with a maximum of 5 players through the “Multi Live”.

The popular game is part of a mixed media franchise titled “BanG Dream! Project”. The project consists of elements such as comics and live performances by voice actresses of the corresponding characters and original animation.