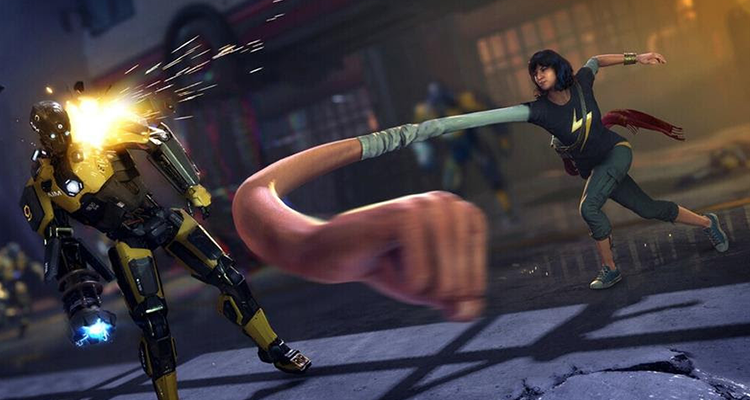 Bandai Namco Entertainment Asia has announced that Ms. Marvel, Kamala Khan, is added to the list of playable characters for the upcoming Marvel’s Avengers game.

Players first encounter a young Kamala during A-Day, where Captain America, Iron Man, Hulk, Black Widow, and Thor are unveiling a hi-tech Avengers Headquarters in San Francisco — including the reveal of their own helicarrier powered by an experimental energy source. The celebration turns deadly when a catastrophic accident results in massive devastation. Kamala is exposed to the mysterious Terrigen Mist, and finds herself developing extraordinary polymorphic powers, which she subsequently hides for years. Blamed for the tragedy, the Avengers disband. Five years later, with all Super Heroes outlawed and the world in peril, Kamala, a self-avowed Avengers fan, uncovers a shocking conspiracy and embarks on a quest to reassemble the heroes she believes in and to become the hero she was destined to be.

Kamala plays a major role in bringing back the disbanded Avengers together.

Marvel’s Avengers is slated to be released on the PlayStation 4, Xbox One, and PC Digital platforms next year, May 15.