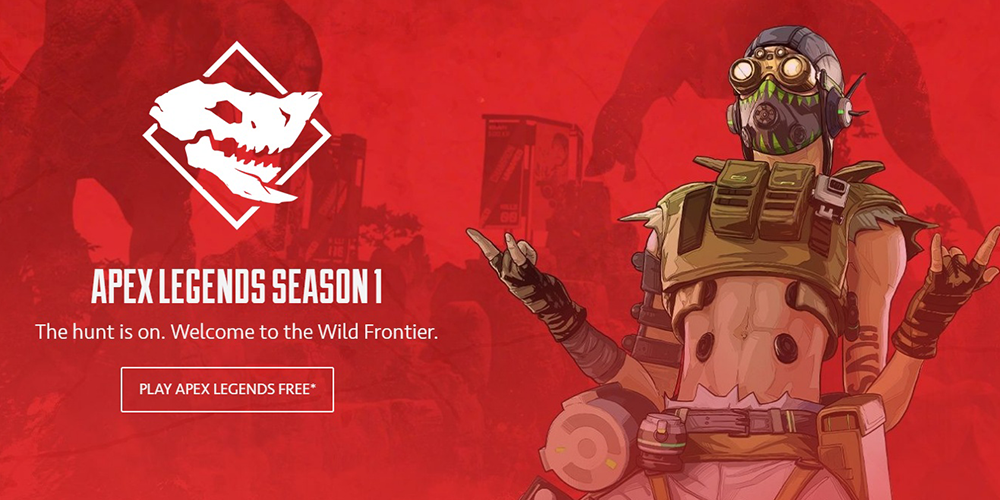 Repawn Entertainment finally released details on how they are doing their version of Apex Legends‘ game’s battle pass system.

The season 1 battle pass, titled as Wild Frontier will feature what you pretty much expect:

You can level the season pass from level 1 – 100 where each level unlocks all the aforementioned unlockable items.

Also Respawn Entertainment is providing these free stuff for those who will play Apex Legends season 1 which are:

As for the price, the Season 1 Battle Pass costs only 950 Apex Coins for the pass itself. You also have the option of getting the Battle Pass Bundle worth 2,800 Apex Coins if you’re one of those people who either are too impatient to grind and have enough money to throw around. 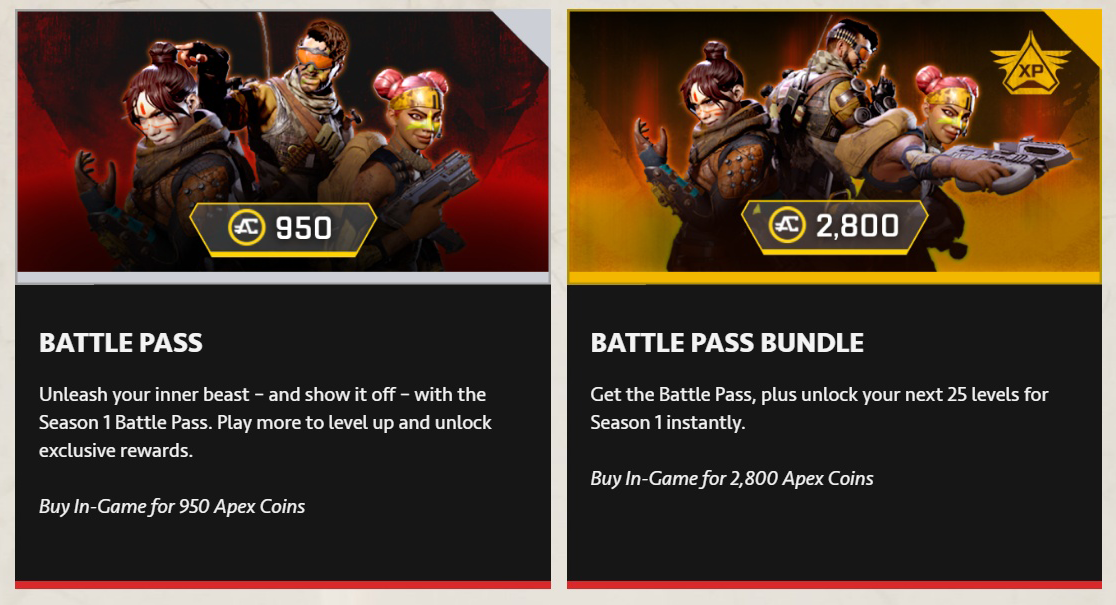 Here’s also the rundown of the FAQ for the Battle Pass:

How do I buy the Battle Pass?

What happens if I buy my Battle Pass late in the season?

You’ll receive all the rewards up to your Battle Pass level (which is your current level for the season) retroactively! For example, if you’re on level 20 for the season when you buy the Battle Pass, you’ll unlock all rewards for every level up to 20, plus three special Battle Pass skins.

Can I keep leveling my Season 1 Battle Pass after the season ends?

No, the rewards available in the Season 1 Battle Pass can only be earned until the season is over. After it ends, you won’t be able to earn new Wild Frontier content.

Do I keep my stuff after the season ends?

Yes! You keep every Battle Pass reward you’ve unlocked after the season is over.

If I buy the Battle Pass, can I also get the free rewards?

Yes! Everyone can earn the free rewards during Season 1.

The Pass will be released by Wednesday 1:00 P.M. our time (since it’s coming out on 10:00 A.M. March 19, 2019 pacific time) so it’s going to be interesting to see what more will be revealed especially with the new Legend, Octane. Check out all the details for the Apex Battle Pass here.