The webcomic is illustrated by New York Times bestselling comic artist, Babs Tarr (Batgirl, Motor Crush) and written by Eisner Award winner Mariko Tamaki (Laura Dean Keeps Breaking Up with Me, Lumber Janes). The series follows a young Tracer as she goes through the streets of her hometown.

Tracer – London Calling will be a series of five (5) issues, with the first issue now available digitall for free exclusively via Dark Horse Digital website and on the Overwatch website. The comic is available in over 13 languages. Issues #2 – #5 will be released monthly and the physical copy will hit shelves on December 2, 2020.

In line with the release of the comic, the game is having a Tracer Comic Challenge event.  Players can earn a brand new epic skin, Comic Book Tracer, and other cosmetic items by winning games in the game which started last September 16 up until September 29 on PC, PS4, Xbox, and Nintendo Switch. The Comic Challenge features original art from the London Calling comic book issue, and a variety of comic book-themed sprays by watching Overwatch streamers on Twitch during the period. 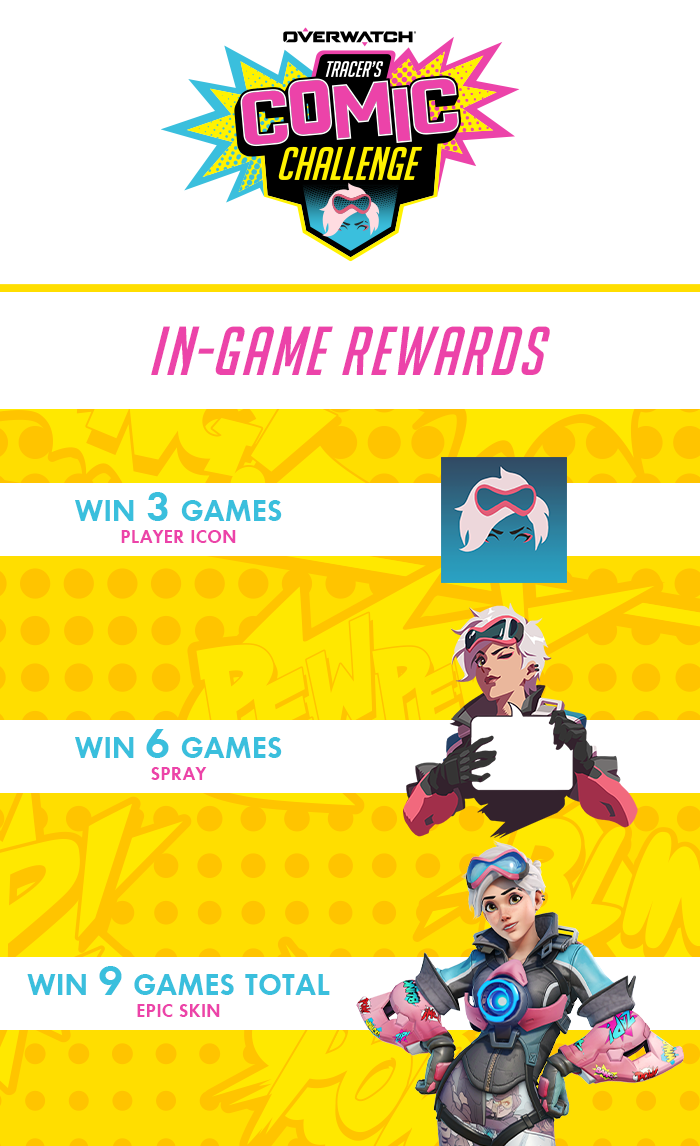 As you watch Twitch streamers before, during, or after matches to unlock even more cosmetics. These rewards have voice lines, so tune into any Twitch streamer playing Overwatch now through September 29 to earn these six Tracer’s Comic Challenge sprays.

More details can be found here.