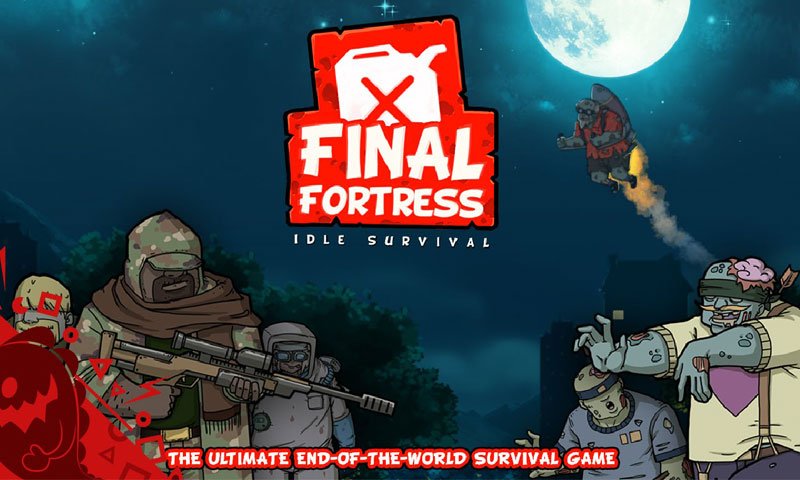 Final Fortress, a game published by Alleylabs, is a game set in a zombie apocalypse. You, the player, are building a safe house for survivors.

In this game you basically have a house that you upgrade either by adding rooms or upgrading said rooms, to gather gasoline. Gasoline is the in game currency use to upgrade your facilities, how it’s used I don’t know. Anyway back to the game, this is an idler game, basically you can leave the game to gather gas, for you to harvest later on.

What makes this game different from those other idler games is that you use the upgraded rooms along with items you get from chests to fight off the zombie hordes in a mini game to get more chests.

The mini game sets your “fortress” to the left of the screen with the zombies running in from the right. Depending on what you have equipped on each floor, they will attack the zombies. For example if you equipped a can or say a potted plant, they will be thrown from the respective floor onto the incoming zombies. Now the game doesn’t just let you watch, because there are skills to use, and they are made available depending on what skills you equipped before starting the mini game. Now like any other idler game there is a prestige system which lets you start over but with a bonus depending on how you did the previous time.

Personally I don’t really like idler games, because they don’t really offer much outside of feeling accomplished for barely doing anything. Some of you may like it, and at least the game tries to change it up by giving players goals to strive for in the mini games.

You can download the game on here for Android, and here for the iOS. 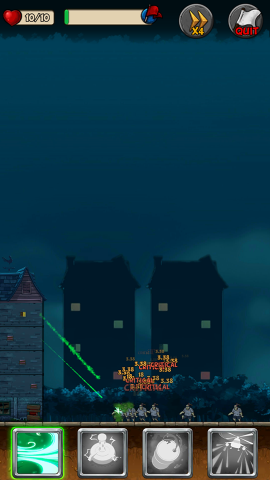 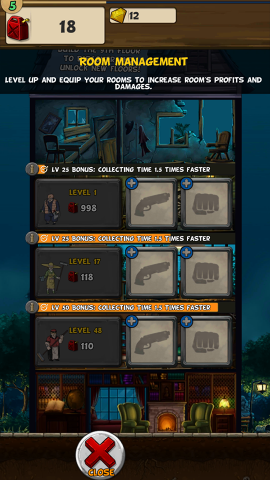 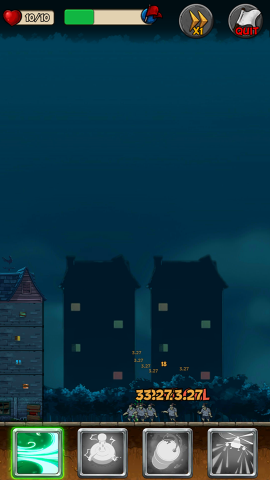 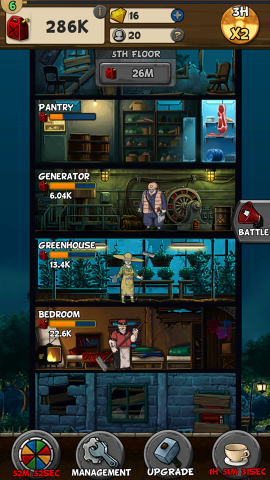 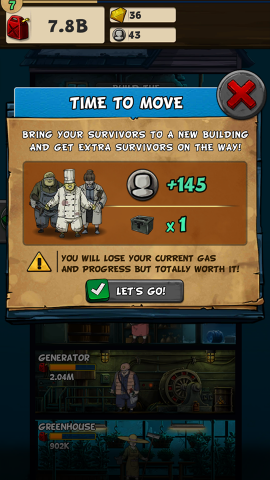 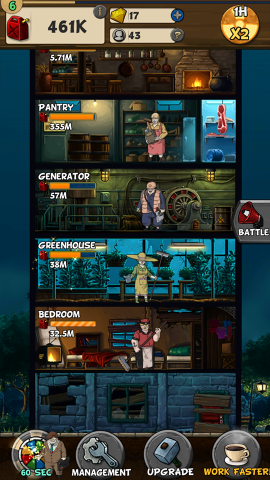