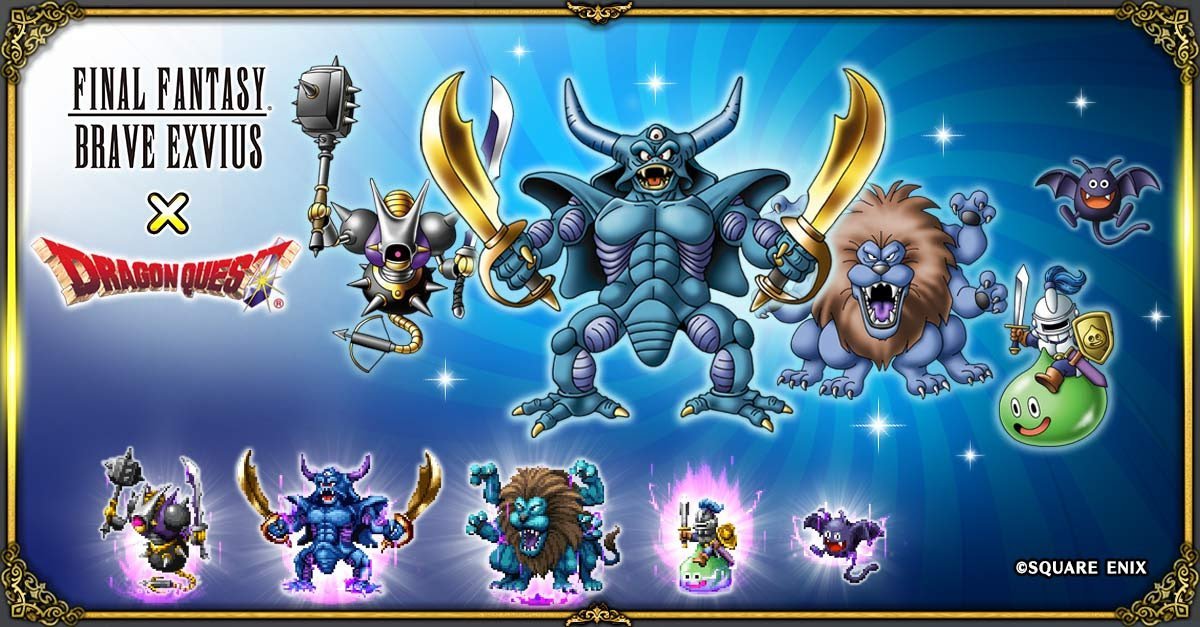 With the new week comes a new update. Today the mobile RPG Final Fantasy Brave Exvius celebrates the long-awaited launch of Dragon Quest XI: Echoes of an Elusive Age with an exciting in-game Dragon Quest series collaboration from September 10, 2018 to September 20, 2018. In addition to new content, this collaboration also brings back past limited-time Dragon Quest content for all players to enjoy.

The mighty Estark awaits players who are ready for a challenge and seeking generous rewards, now through September 20, 2018 in a new raid event. Players can also add Estark, Uberkilling Machine, and Slime Knight to their ranks through a new featured summon. The iconic Marquis de Leon, Dracky, and Slime units will also be available to players through a raid summon.

In addition to this new content, adventurous players can also take battle-type quests to face off against consecutive groups of monsters in this returning event. In addition, beloved Dragon Quest series monsters Golem and Robbin’ ‘Ood can be found in regular battles, while boss battles will include the formidable foes Dragonlord and Orochi. Medals earned from emerging victorious in these battles may be exchanged for Erdrick’s sword, among other trademark equipment and items from the Dragon Quest series.

Dragonlord, Liquid Metal Slime, Robbin’ ‘Ood, Golem, Killing Machine, and Orochi are also back and available through a featured summon until September 20, 2018.