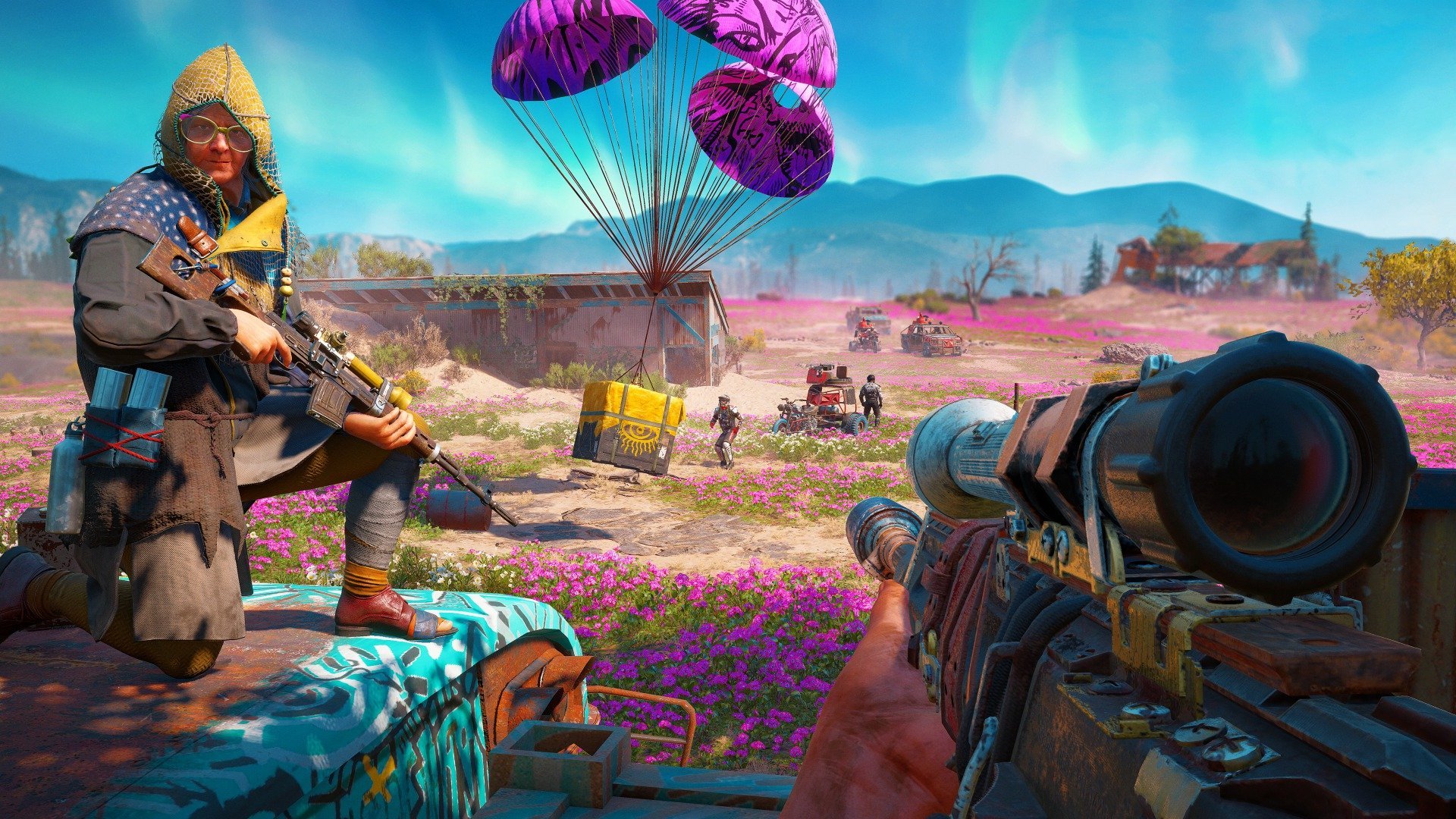 The latest addition to the Far Cry franchise is now out for the PlayStation 4, Xbox One family and Windows PC.

Far Cry New Dawn is developed by Ubisoft Montreal with help from Ubisoft Shanghai, Kiev, and Bucharest. New Dawn is a direct sequel to Far Cry 5, and is set in a post-apocalyptic setting where we will encounter The Twins, Mickey and Lou. And to take them out, players can recruit a new set of Guns and Fangs for Hire, or a Friend for Hire co-op play.

Seventeen years after a global nuclear event dramatically transformed the world, Far Cry New Dawn thrusts players into a wildly beautiful and dangerous environment reclaimed by nature and characterized by a vibrant superbloom. As the captain of security for a man named Thomas Rush, players will arrive in Hope County to help the Survivors of the nuclear catastrophe fight back against a marauding band of Highwaymen. The new villains, The Twins Mickey and Lou, grew up in the lawless post-apocalyptic frontier and their only philosophy is to live for today. Each with their own distinct approach, together The Twins provide both the brains and brawn to lead the Highwaymen and solve the problems they face… in any way they see fit.

Players must help the Survivors grow stronger by upgrading the Homebase, called Prosperity. As players progress, they can upgrade the Homebase to craft more powerful weapons and gear, as well as face off against higher ranking enemies through Far Cry New Dawn’s “light RPG” gameplay mechanics. Along the way players will encounter a mix of new and familiar faces, including new furry companions Timber the Akita and Horatio the boar. New to the franchise, players can also venture to replayable locations called Expeditions, set in unique locations across America. These snatch-and-grab missions will let players acquire valuable resources and get out – quickly.

Far Cry New Dawn is available in the following editions: