Bandai Namco deserves credit for aiming right for your nostalgia in one of its Japanese TV spots for Dragon Ball Z: Kakarot, the latest video game outing of the seminal shonen manga and anime franchise. This time around, the reins are handed over to CyberConnect2, the masterminds behind the .hack series and the Naruto Ultimate Ninja games. If anything, they’ve got the experience in making meaty JRPGs and story-focused arena fighters. Will that same magic rub off on a property that I continue to make references to even as a grown adult?

Dragon Ball Z: Kakarot is a strange beast. It’s billed as an RPG mixed with arena fighter-style combat akin to the Budokai Tenkaichi and Xenoverse games. Outside of its mechanical stylings, it’s also being pushed as a mostly faithful retelling of the events Dragon Ball Z across all four major sagas covered in the manga and anime. 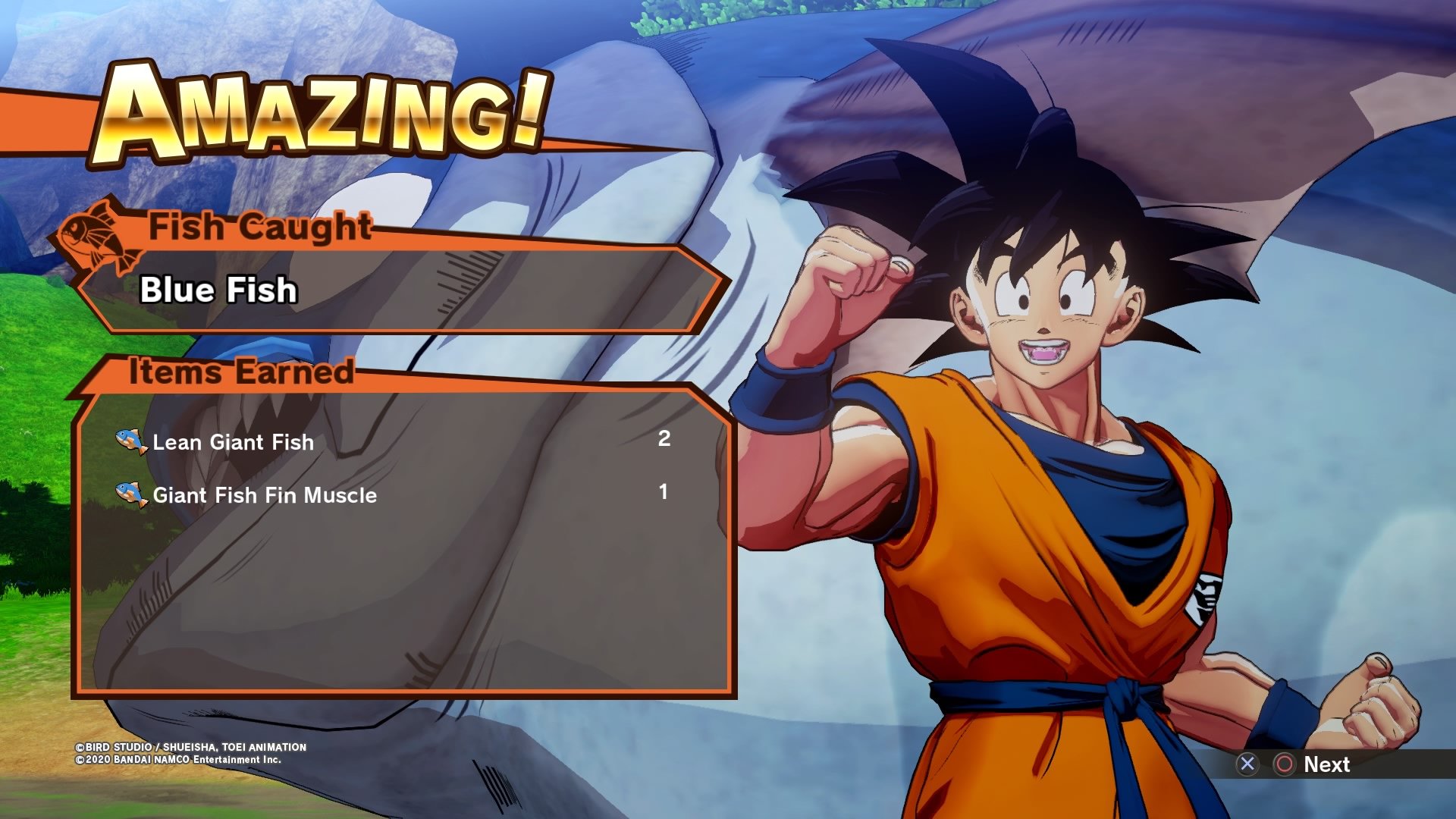 You’re probably wondering how Kakarot manages to blend RPG elements alongside story beats and moments that we’re all familiar with. It’s a weird beast, to put it simply. It sorely wants to be a semi open-world RPG by throwing all sorts of systems and activities at you which have varying levels of forethought put into them, but beneath it all you do have to question whether Dragon Ball Z was the right pick for a franchise to use with that framework. There’s certainly some ambition here, the execution just leaves quite a bit to be desired.

The bulk of your time spent in Kakarot will see you exploring expansive areas tied together by an even larger world map that allows you to travel between major regions of DBZ’s take on Earth. These areas are dotted with gathering points for resources, the occasional NPC that provides side quests, and wildlife that you can sort of hunt. I say sort of because taking down animals for their loot drops just needs a press of the circle button. Larger game like dinosaurs require ki blasts, but don’t expect anything else beyond that. Also, what’s a JRPG without fishing? That’s present here, and certain characters use a particularly charming means of luring fish in for a bite that throws things back all the way to the original Dragon Ball.

All this resource gathering goes towards the game’s cooking and vehicle building systems. The meals made here provide both permanent stat boosts and temporary buffs for use in combat. The higher the rarity of the dish, the better the bonuses. This one aspect in particular feels at home lore-wise in DBZ: Kakarot, given the voracious appetites of its main cast. However, it does have a problem that can apply to the other mechanics in the game: it feels negligible at times. More often than not, you’ll find your characters leveled up sufficiently to take on major story battles.

Combat in Kakarot should feel familiar for anyone that’s touched any of the past decade and a half’s worth of 3D arena fighters based on Dragon Ball Z. You’ve got dedicated buttons for melee strikes, ki attacks, and charging your ki pool. Powered up states like Kaioken and Super Saiyan are also present, but all that extra attack power comes at the cost of either continuously draining HP or ki. The presence of a party of characters who you can call on to dish out special attacks and time slowing down when pulling up your super attack and items are some little bits of RPG DNA that made their way into Kakarot’s fights.

The increasingly powerful assortment of foes you face, however, pale in comparison to the game’s camera when in combat. You don’t have control over it, and when there are larger groups of enemies on screen, you’ll be under the impression that the camera is actively working against you. This is also the case when you have to repeatedly dodge super attacks during boss battles. 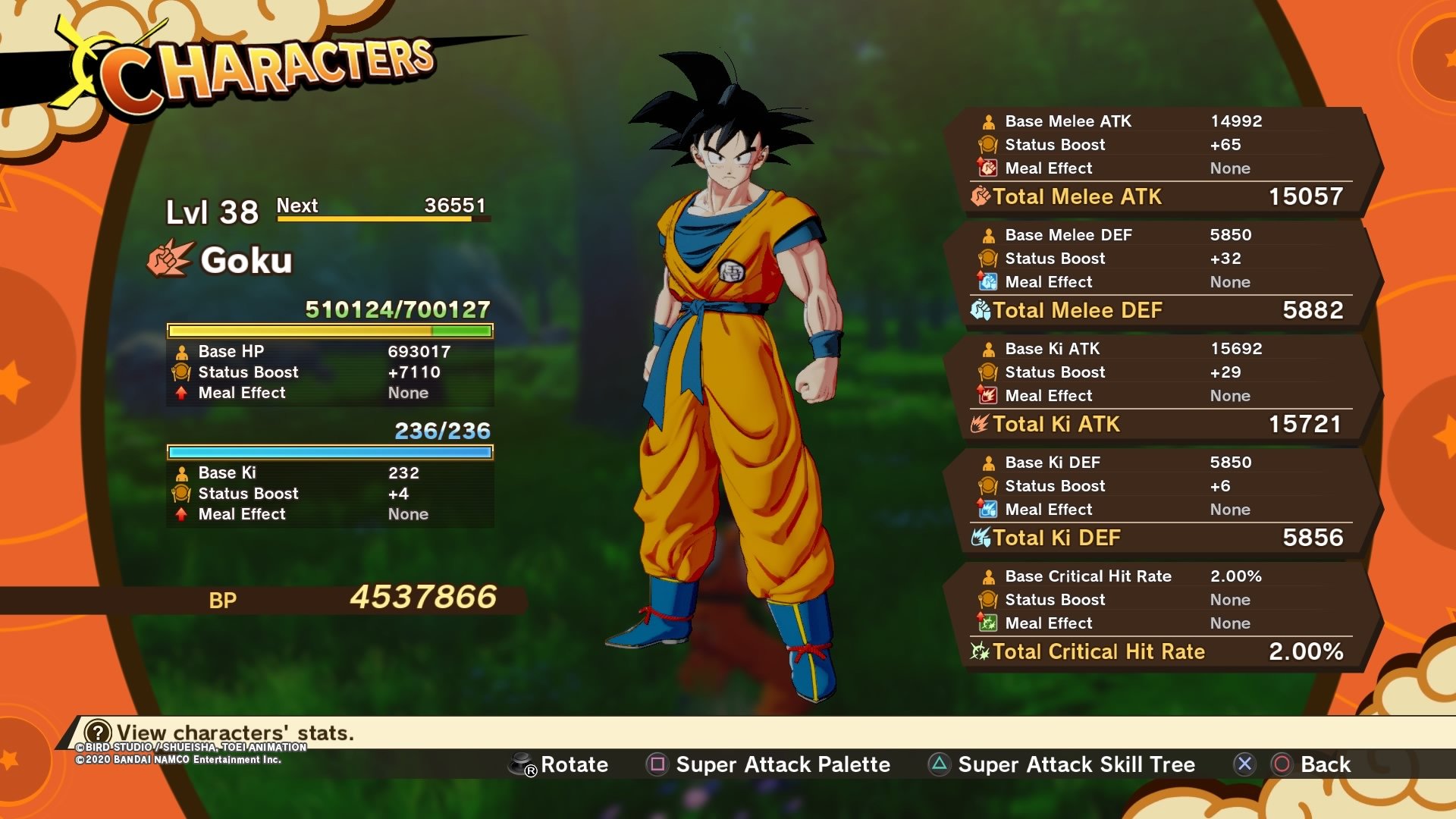 There’s still much to be enjoyed in Kakarot’s 40-something runtime. Dragon Ball Z’s entire story is mostly lovingly retold in that dependable cel-shaded style CyberConnect2 has long been known for. I’m saying “mostly” because for every faithfully recreated scene, there’s a glut of cutscenes presented through stiff animation, grunts from the voice cast, and text recaps against black screens. And personally, I would consider Kakarot’s greatest crime to be the omission of a certain scene that has to do with a scouter power level reading.

Presentation and combat gripes aside, Kakarot truly shines during the semi open-world segments in between major story arcs. You’re free to roam around, form your own party, and tackle side content at your own leisure. It even manages to make filler content like the driving episode into its own mini-game. Flight and traversal controls may seem a little janky at first, but the ability to just fly around and explore the scenery makes up for it. Dragon Ball Z’s world, sparsely populated as it seems, still feels alive somehow, thanks to the way it’s rendered in Unreal Engine 4.

Dragon Ball Z: Kakarot is ambitious with the way it tries its best to marry RPG elements with the arena-style that started in the PS2 era. It doesn’t quite stick the landing and it feels like CyberConnect2 could’ve used more in the way of budget and development time, and it’s glaringly present in certain parts of the game. Oddly enough, this game is at its best when it’s not trying to tell a story. 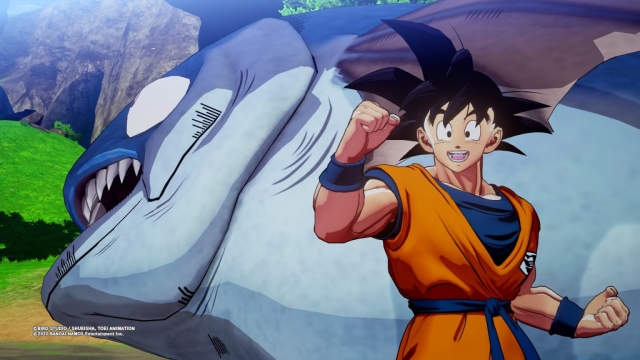 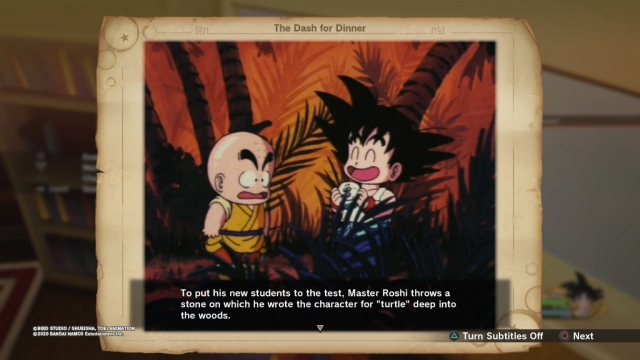 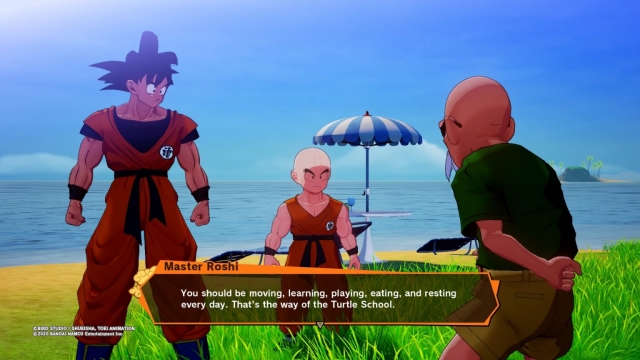 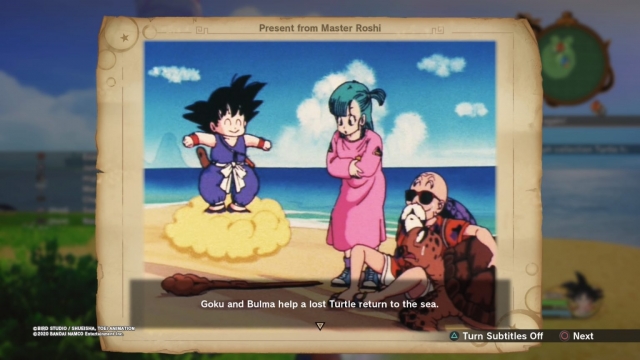 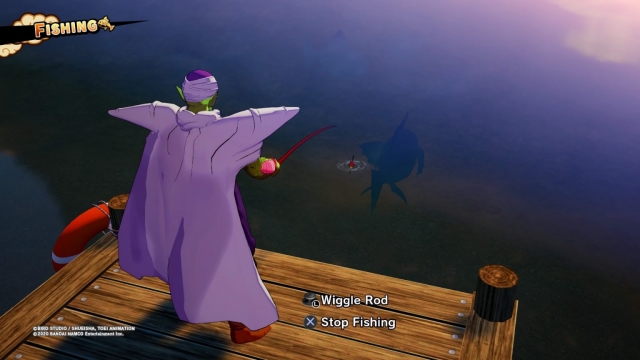 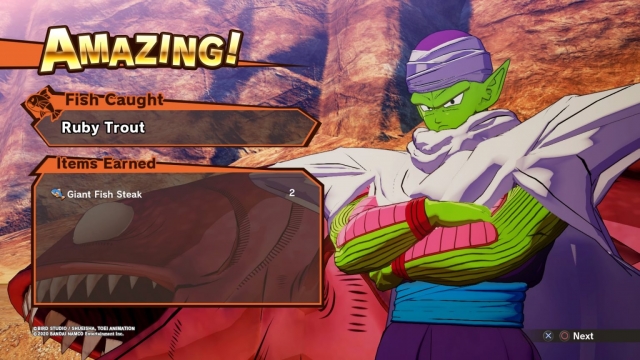 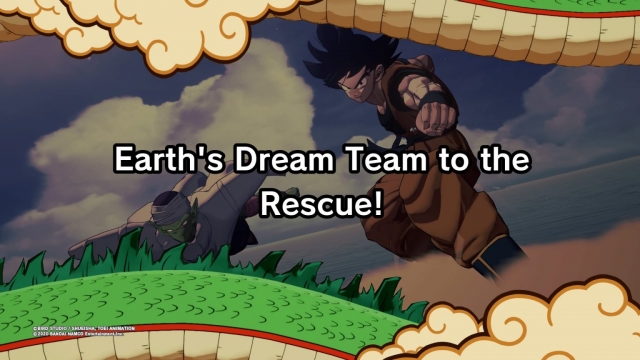 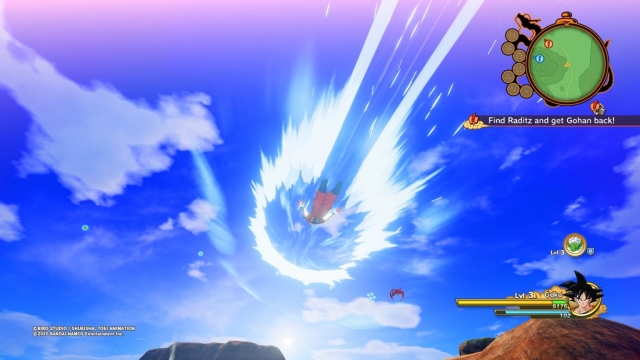 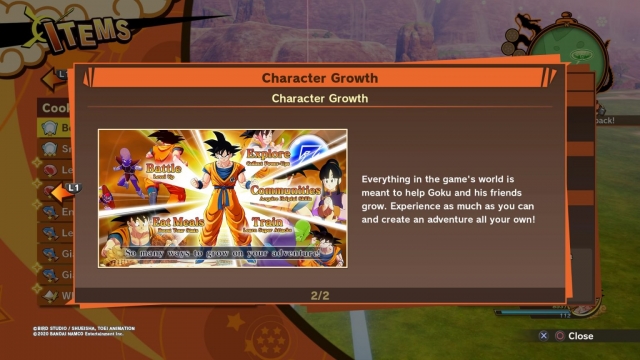 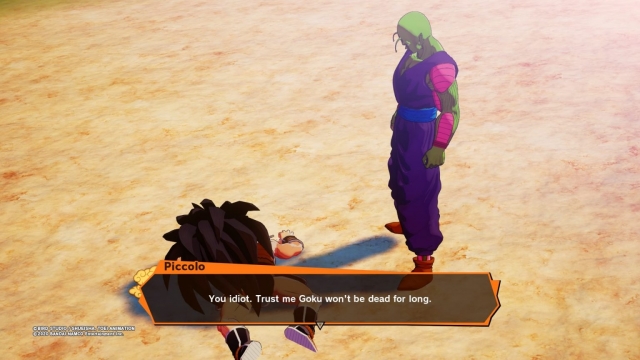 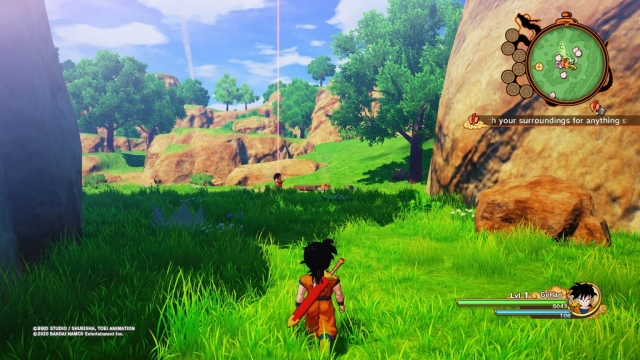 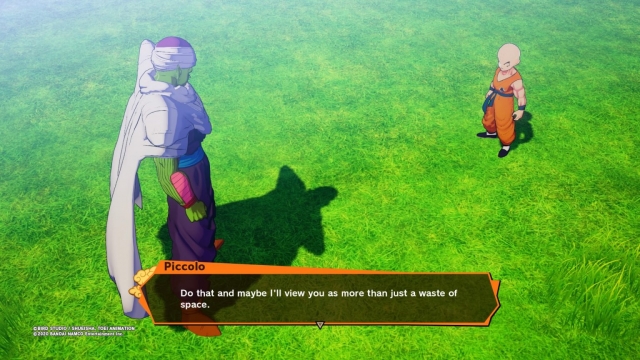 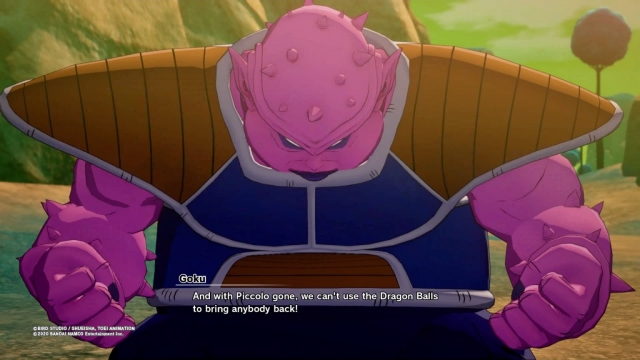 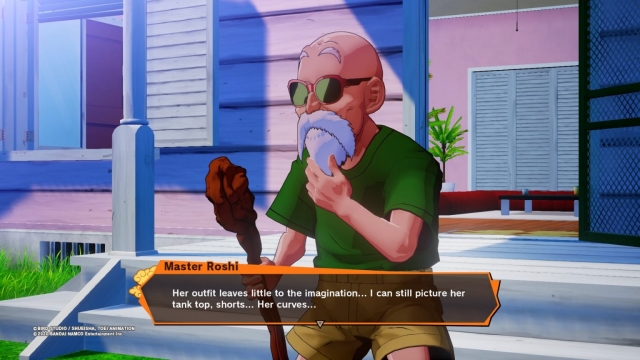 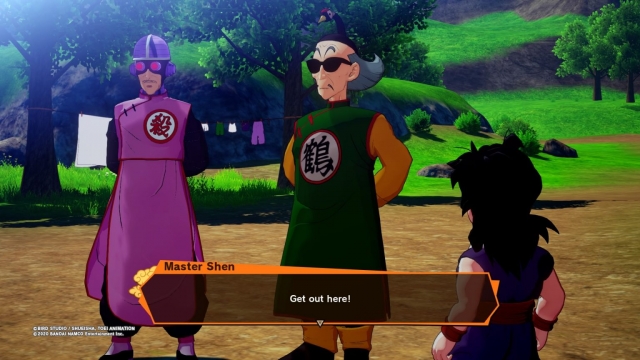 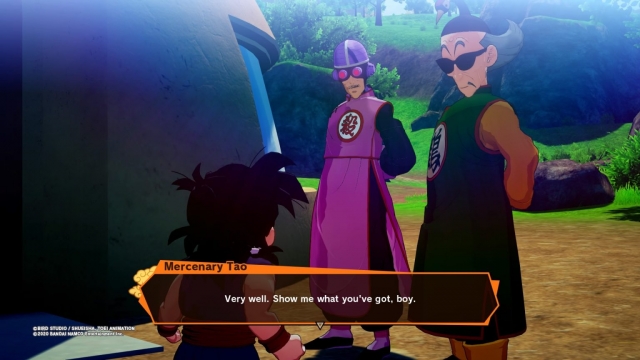 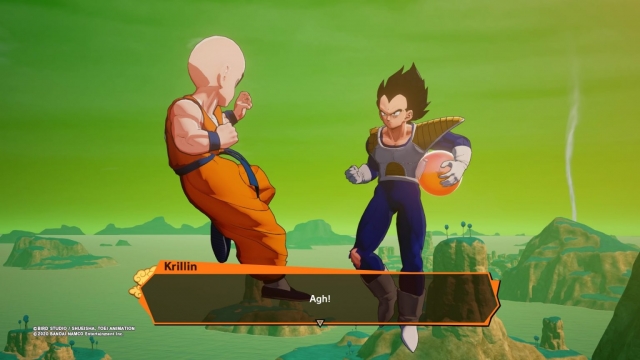 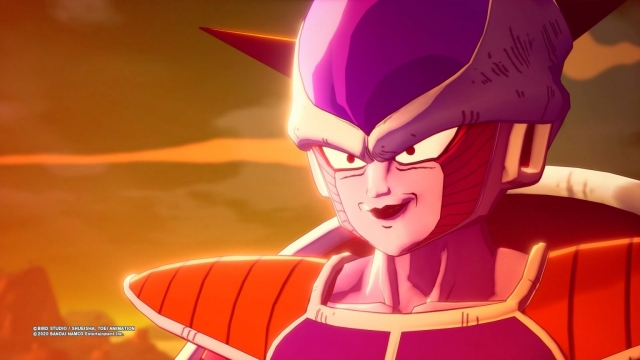 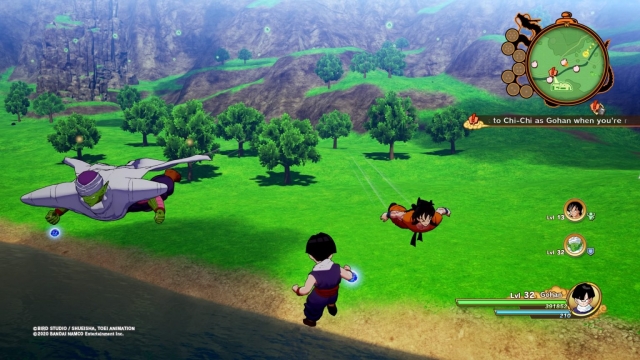 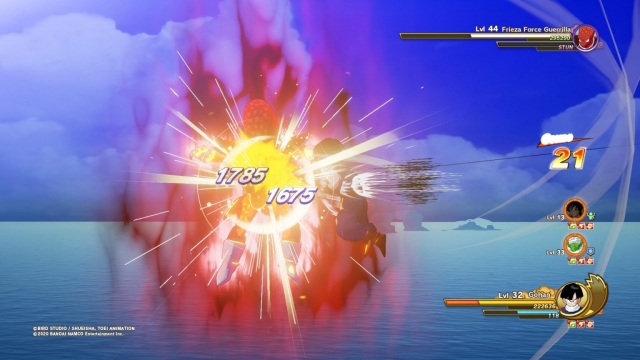 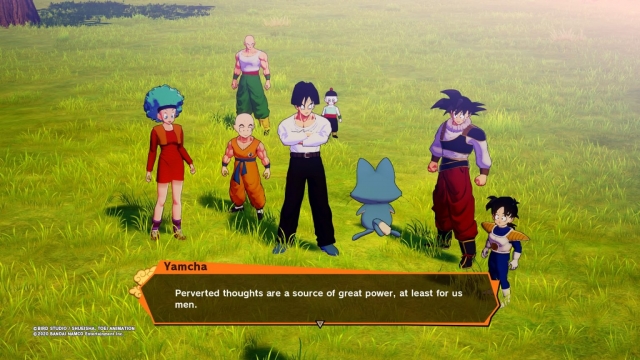 Graphics
80
Gameplay
70
Controls
70
Sound
85
Replayability
65
Story
70
Reader Rating0 Votes
0
The Good
Expansive, explorable worlds
Systems and RPG mechanics are fun to mess around with for a while
The writing in some of the side content is worth a chuckle or two
The Bad
How many times have we seen Krillin die in games by now?
Combat can get repetitive
You get huge dumps of EXP one way or another, which feels a little too hand-holdy
73
Type to search or hit ESC to close
See all results