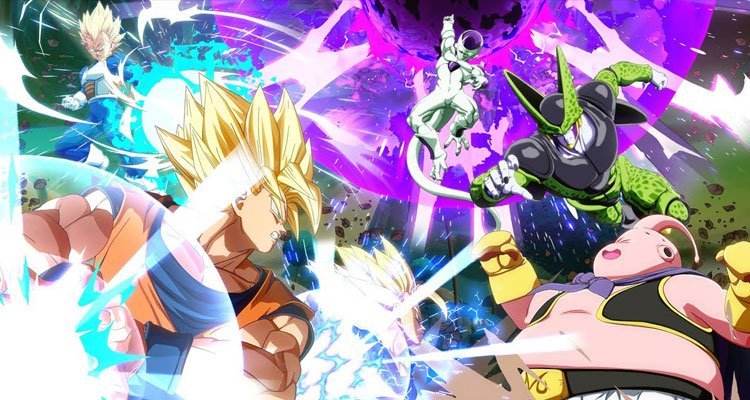 Dragon Ball has always had a rich ton of video game adaptations during it’s almost-30-and-still-going lifespan – not that it needed them to keep popular; the franchise was already very much loved worldwide as a shonen anime classic by the time it launched its first few games in the Famicom. Now, even though there had been almost a hundred official video games to its name, not every one of them attests to the great legacy of the anime. Some of them are good, a lot of them forgettable novelties, and a few that actually made a mark in video game history. Now as we enter the new year with the first official fighting game release of 2018, Arc Systems delivers one of DBZ’s best, if not the greatest one yet.

Dragon Ball FighterZ is a 2.5D 3v3 anime fighter. It’s no Ultimate Marvel Vs Capcom 3, but it is currently the best legacy of it – maybe even better. If you’ve seen or played any Arc System games in past decade, you’d be familiar with how FighterZ rolls – magic series, aerial raves, supers, bursts and cancels, and the like. As previously mentioned, UMVC3 is iconic in the fighting game hall of fame, but it was far from perfect. There were infinites, assist abuse, and unavoidable tech traps. And even though those takes high execution to pull off, it still presents exclusivity from casual players, as well as emphasizes the flaws in its system. With the game potentially having 6 characters on-screen at the same time, it may have looked exciting for a spectator, but coupled with turbo speed gameplay, there’s only so much sensory overhead a player can take.

FighterZ takes on UMVC3’s 3 on 3 tag system as well as a lot of other things that made UMVC3 a classic, and improves on it. You may call on one of two of your team members to support you in battle, or even both at the same time, but at a cost of not being able to raw tag into them for a time. Another thing it improved on as every time a character is knocked out, a special animation kicks in that lets the next character enter the stage safely. This is a huge deal as with most tag fighters, the characters that remained onscreen had time to setup traps for the incoming character – allowing the one in control to snowball his advantage unless the defending player manages a very specific counter or exit for that setup. As with Arc Systems’ recent fighters, there also is an auto-combo system targeted for casual players. Tapping any face button repeatedly creates a simple combo, with each button producing a different string. Now auto-combos may be frowned upon by veterans, but it doesn’t lose depth just by being accessible. Super attacks and vanish teleports are made easy to perform as well, but timing and strategic combo play is still key to making the most out of your game. Beyond that, everything else is as expected from a fighter. My only real complaint about gameplay is there isn’t much variety with the characters – almost everyone has the same moves, only slightly tweaked to appear unique, and only a handful of characters having notable movesets.

Content-wise, unlike most anime fighters that are mere adaptations of broadcasted arcs, FighterZ delivers a completely new and original storyline that still connects to actual canon. It’s not a cop-out either. It’s a long, arduous, and grindy, but filled with lots of animated snippets and engaging cutscenes, making you feel as though you are watching a new season of the anime itself. The game is rich in fan service as well. If you manage to fulfill certain conditions, like pitting the right characters against each other in specific stages, you would manage to recreate some of the series’ iconic scenes. 8 hours down and about 150 battles in, I’ve finally managed to beat story mode and I can assure you that it’s not of filler or spin-off quality. It was hours and hours of fun gameplay outside of the usual online versus – which is something most fighters lack these days – and I’m pretty sure there are still a lot of hidden interactions and special scenes I have yet to unlock.

Something I can truly probably hate on about this game is the awkward lobby system, wherein you can only connect to about 30-50 people in the entire internet. If you were trying to play with a friend but he isn’t in the lobby, one of you would have to exit and find each other. It’s kind of awkward but it is a new and creative approach to dealing with internet traffic. It also feels weird that you can’t select characters while you’re matching online. You’d have to create preset teams and be stuck with it until you go back to the lobby. They’re currently patching this up though, so we have yet to see how this will turn out in the future.

But what really needs to be discussed is FighterZ’s special standing in the fighting game community, as well as the the entire video game community as well. Most games tend to put players into a divide, with some players creating factions. It’s very seldom we see someone who likes playing Smash also say he likes playing Mortal Kombat or Tekken. For some reason, players have created camps. FighterZ, on the other hand, is in a special place where it is universally appreciated as it is pulls together players from all over because of its source material. And with the gameplay being very much accessible while still maintaining a generous level of expert sophistication, it has become a revolutionary force that has led to everyone in the fighting game world to join together and try it out. From casuals to veterans to purists to dabblers, there is not much of a barrier stopping anyone to come in and join a fray.

That is the gift of Dragon Ball Z. It’s such a well-loved series that it makes everyone want to pull together. With its amazing aesthetics, high octane action, comprehensive gameplay, and a deep love and respect for its source material, FighterZ is offering us so much of what anyone can ask for in a fighting game (except maybe for more female characters). It’s still not the perfect fighting game, but it’s looking to be the greatest one this year. 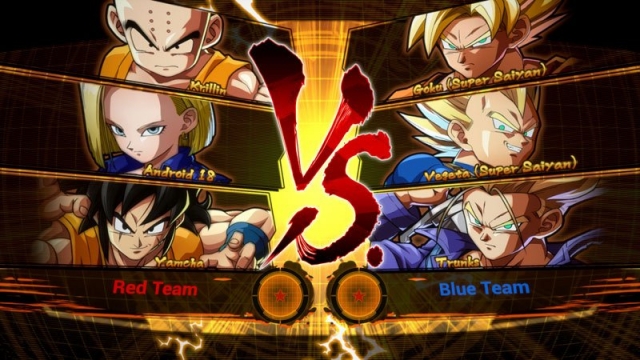