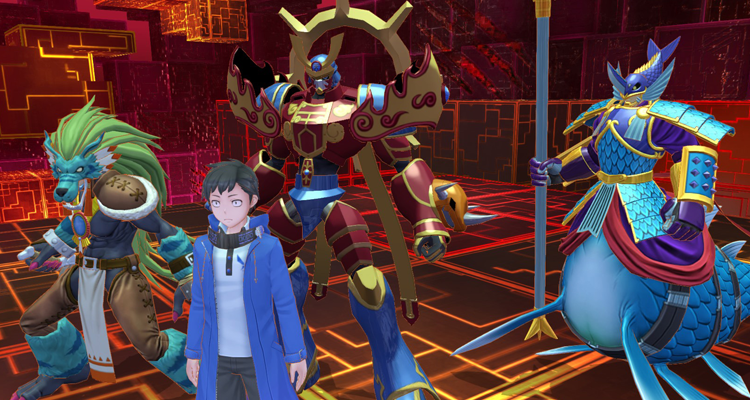 Digimon Story: Cyber Sleuth provided a solid Digimon-flavored JRPG experience back in 2016 when it launched on Playstation 4 and Playstation Vita. About two years later as of this writing,
the exhaustingly named Digimon Story: Cyber Sleuth – Hacker’s Memory drops into the scene. The latter acts as both a prequel and side story to the 2016 RPG with characters and events
that lead up into the plot of the first Cyber Sleuth. Despite that, you’ll still get a good 60-70 hours out of this even if this is your first time diving into the Digimon Story games. 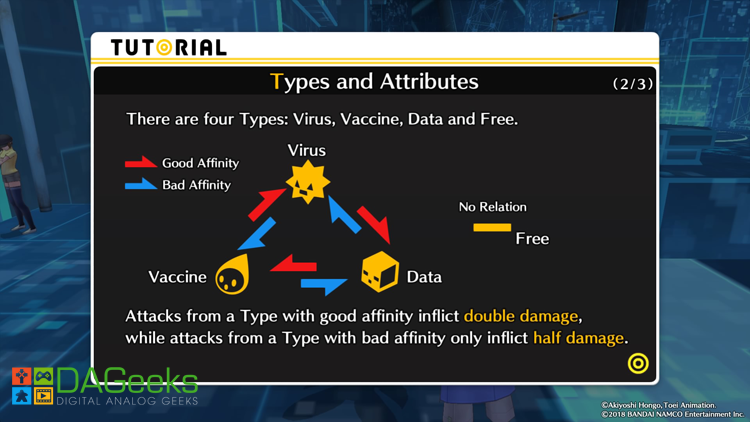 The plot of Hacker’s Memory revolves around protagonist Keisuke’s efforts to clear his name after becoming the victim of identity theft. Apparently, in this fictionalized version of Tokyo, your
Eden account is a pretty big deal, with Eden being a sort of amalgamation of cyberspace and social network. Your initial adventures bring you to the attention of a hacker group named
Hudie, and you guessed it, everyone’s in hoodies. Painfully obvious fashion choices aside, your time in Hudie will include taking the main quest to reclaim your account and clear your name,
side quests for extra cash and rewards, and inevitably getting tangled up in a larger conspiracy with the fate of both the real and digital worlds at stake. Nothing groundbreaking here, but it
does provide ample motivation for the real meat of this game which is the monster collecting and combat. 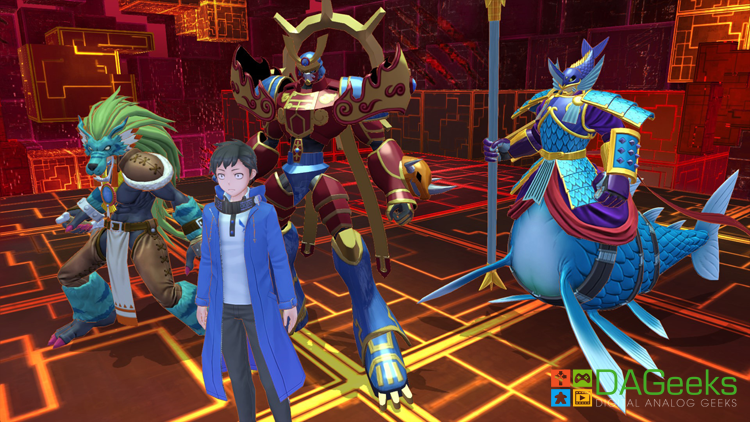 Hacker’s Memory carries over the first Cyber Sleuth’s turn-based combat that revolves around Digimon affinities and weaknesses. You’ll find yourself breezing through battles in the game’s
first couple of hours and eventually being a little more thoughtful about your tactics and party composition as you sink more hours into it. Collecting Digimon is done by way of simply
encountering them out in battle, letting a scan meter fill up, then digitizing them in the lab. Evolving and devolving is a matter of meeting requirements in a menu and hitting confirm. All
this, while not incredibly deep, makes up by way of the sheer number of evolution paths and team compositions. The simple loop of collecting Digimon, training them up so they can take on
more powerful foes that you can in turn bring into your own collection satisfyingly scratches that database-filling itch. 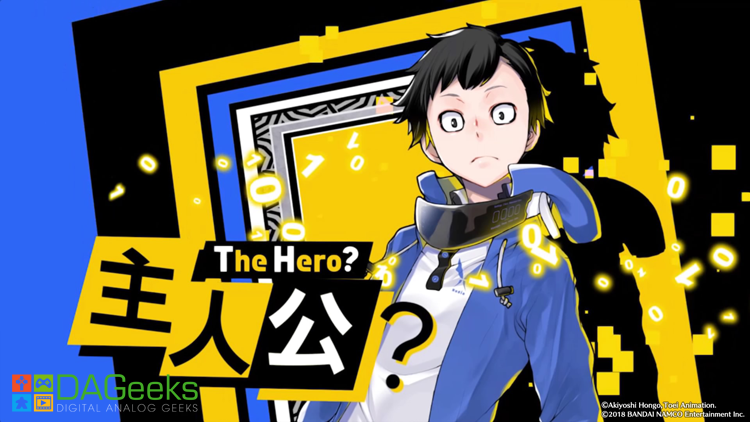 It’s in everything else that Hacker’s Memory could’ve used a little more love, and probably a little more funding to work with. While the Digimon themselves are rendered aptly, it’s the environments, menus and most of all human characters that lack a certain punchiness to their design to make them stand out. In a year that brought us Persona 5, Tales of Berseria, and Xenoblade 2, coming up short in terms of art direction is one way to get lost in the sea of 2017’s JPRG releases. 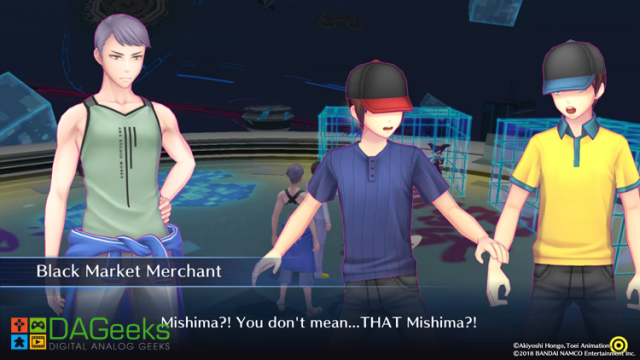 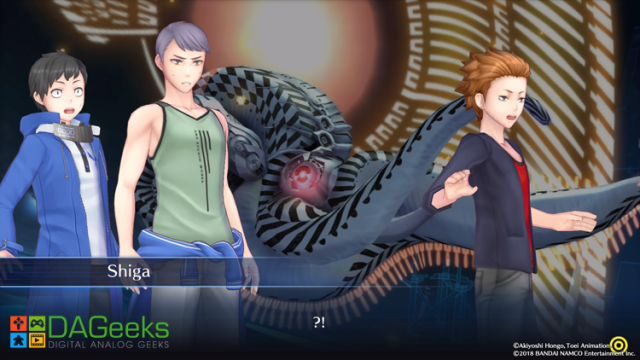 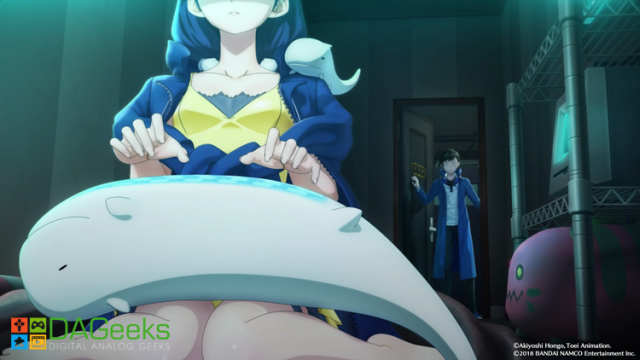 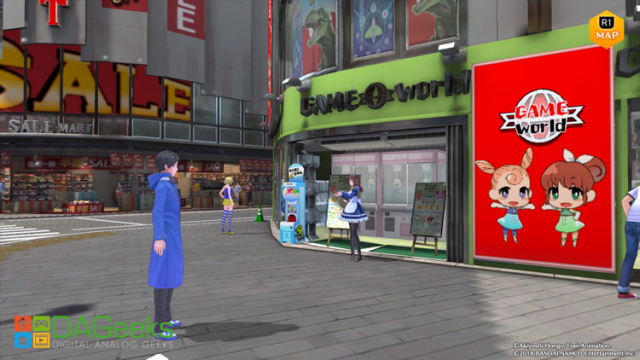 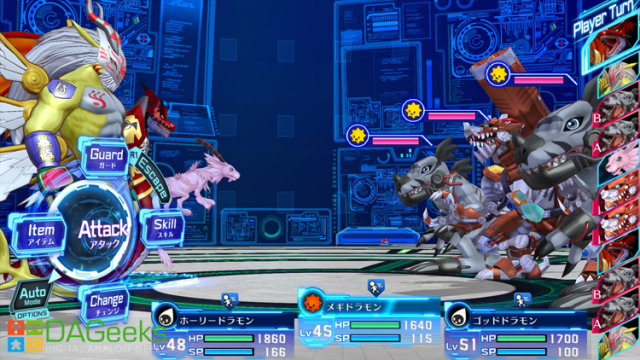