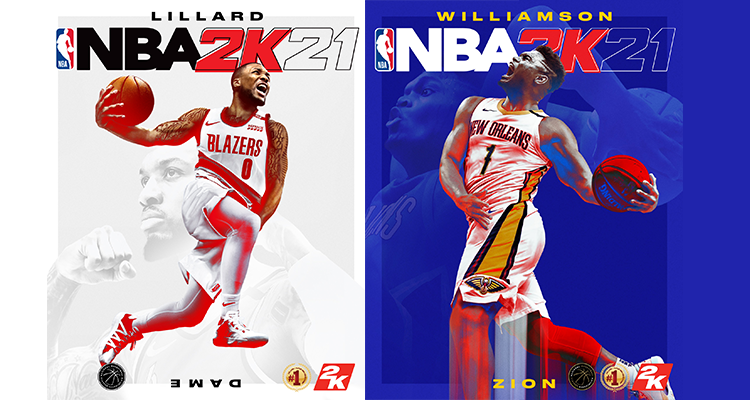 Damian Lillard and Zion Williamson Gets the Cover for NBA 2K21

As the cover athlete for NBA 2K21 on current-generation platforms, players around the world will see Lillard‘s skywalking dunk on PlayStation 4, Xbox One, Nintendo Switch, Windows PC and Google Stadia.

This is a special moment for me in my NBA career, I’ve been a fan of NBA 2K for years and love how they represent all aspects of basketball culture. I’ve been playing 2K my whole life and I’m honored to join the other NBA greats who have been on the cover. I’m grateful to all my fans and can’t wait for everyone to experience this game later this year.

NBA 2K and Lillard will also partner through 2K Foundations, 2K’s program to support underserved communities by revitalizing basketball courts and community centers across the nation, to renovate a site in his hometown of Oakland, CA for the local community.

Being on the cover of NBA 2K has been a dream since I was a kid and to be the first NBA 2K21 cover athlete for the next-generation of gaming is really special, since the day I joined Team 2K, I’ve wanted to make an impact on basketball culture both on and off the court, and being the cover athlete for NBA 2K21 on next-gen consoles lets me do that. I can’t wait to be part of this global phenomenon and hoop with all the ballers out there on NBA 2K21.

NBA 2K and Zion’s partnership also extends off the court. 2K Foundations, 2K’s program to support underserved communities by revitalizing basketball courts and community centers across the nation, will work directly with Zion to renovate a site in New Orleans for the local community.