Yes, it’s legit, we’re actually seeing Contra mainstays Bill Rizer and Lance Bean and then some more with the return of the Action-Platformer game that defined a generation with Contra: Return. Though the hitch is that, the game is going to be available, free-to-play mobile game. 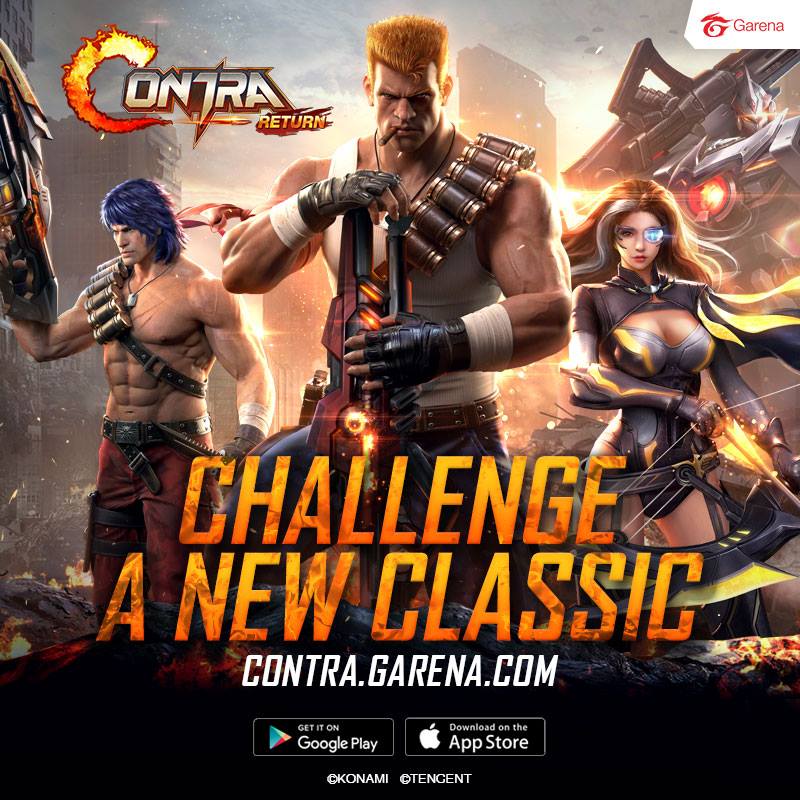 Contra: Return promises to update and provide a newer, “fresh” experience for new players especially who are unfamiliar of the video game classic. New gameplay mechanics and characters are also included in the roster, plus weapons and pets in the game.

One of the biggest game features though is the Player vs Player mode for Contra: Return. The game mode has a 1v1, 2v2, 3v3, and even ranked matches for those who want to be a bit more competitive in the game.

In PvP: Choose from over 20 playable characters, with each character possessing their own unique active, passive and ultimate abilities. Players can also collect EXP and other bonuses with monster and item spawns in the arena – allowing for different strategies and play styles in each battle.

You can now download the game over at Google Play or the iOS app store.

The game is official from Konami and is being developed by Tencent Games.