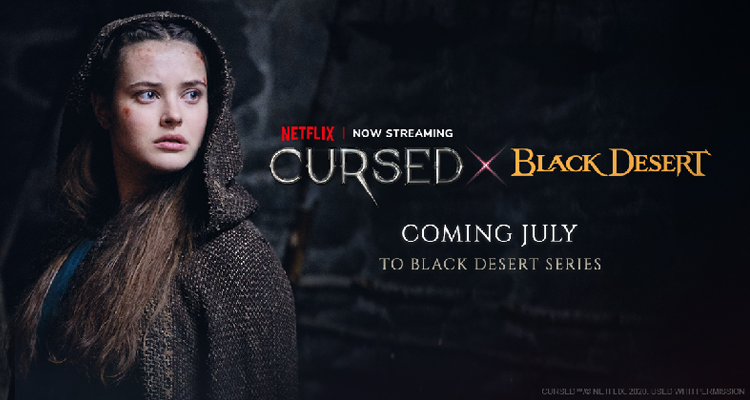 I guess it’s time to watch Cursed now ain’t it?

Pearl Abyss announced that they are developing in-game content for Black Desert Online based on the Netflix ten-episode series, Cursed which premiered on the streaming service last July 17, 2020.

Cursed stars Australian star Katherine Langford, (whose breakout role was that of Hannah Baker on the highly controversial Netflix series, 13 Reasons Why) in this re-imagining of the Arthurian legend, told through the eyes of Nimue, a teenage heroine with a mysterious gift who is destined to become the powerful (and tragic) Lady of the Lake. After her mother’s death, she finds an unexpected partner in Arthur, a young mercenary, in a quest to find Merlin and deliver an ancient sword. Over the course of her journey, Nimue will become a symbol of courage and rebellion against the terrifying Red Paladins, and their complicit King Uther.

The series was adapted by comic book legend Frank Miller and screenwriter Tom Wheeler and is also starred by Devon Terrell (Barry) and Gustaf Skarsgård (Vikings).