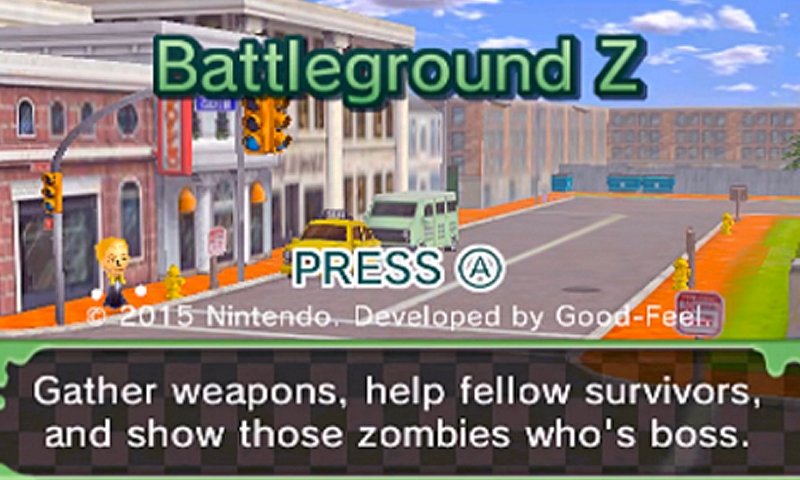 Battleground Z is one of the premium StreetPass Mii Plaza games for the 3DS. The game lets the character’s avatar fight against the zombie horde that suddenly cropped up. Using various weapons and what not, your avatar will have to face the undead horde with the given weapons provided through StreetPass.

Aside from the usual zombie grunts you will be facing in-game. Battleground Z has a rare zombie list that you can also accomplish to not only complete your achievements in-game but also to earn StreetPass tickets as well. Here’s the complete list taken from the compiled list of Gamefaqs user, maskeXD. The guide is also improved on by other Gamefaqs users which are noted in the guide.