One of the things that I experienced while playing Lord of Dice is the importance of having a decent team specially whenever you go through the various dungeons found in game. For those who are wondering what I am talking about, Lord of Dice is a free-to-play mobile game from GameTayo.com which, well the name states, that puts a spin in the whole concept of gaming with Dices, at least in the mobile F2P sense. If you’d like to know more though, you can just check out my review of the game found here.

These tips I have shared would mostly cover the basics and the earlier-mid stages of the game. I hope to provide at least the foundation for people to play around with your own build because it’s more fun to create your own rather than just netdeck right?

So moving along to the tips:

One of the first things you have to think whenever your building your teams is what attack types you want to focus on as you play? If you’re like me, you’ll probably build a well balanced team that basically has all the attack types in the 6 slots. This kind of setup is usually the safest bet for general solo teams but this won’t do when you start PvPing. Usually, what I’d like to go for are usually teams composed of half snipers and the other half would most probably be Piercers.

Here are some of the suggested team setups I have if we’re just mostly considering the attack types for PvP, because I don’t really think I can suggest anything more for the PvE because it really depends on your preference.

The next thing you have to consider when your building your team is the dice types that you’re putting in. Since they’re integral during dice battles and the game practically lets you choose dicers that contains various dice types from the usual D6s, to the D4s, and D10s.

Try to find dicers that have pairs of D6s as they have the best chance of giving you high numbers when you get them right. And it’s always, always better in pairs. The next best thing though is to get dicers that have D10s so at least you have dicers that can provide a decently high dice number at a higher probability. 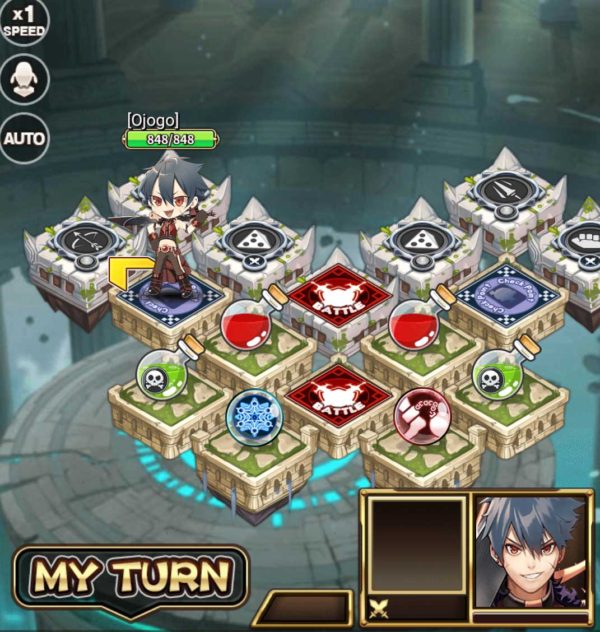 Consider that boards provide you with HP recovery items, traps, treasure boxes and that opponents can also damage you with their own set of abilities, try to keep your team of 6 movements diverse.

The third and last thing you have to think about is the abilities your dicers have. Each dicer’s abilities fall into three categories which are namely, Movement Skill, Enhance Dice and Full Charge effect.

While I just basically categorized the first dicer ability. Movement abilities would mostly fall under direct attack, Attack augment, or defensive abilities. You need to check all your 6 dicer abilities in play as you have to remember what you have before you can use them. 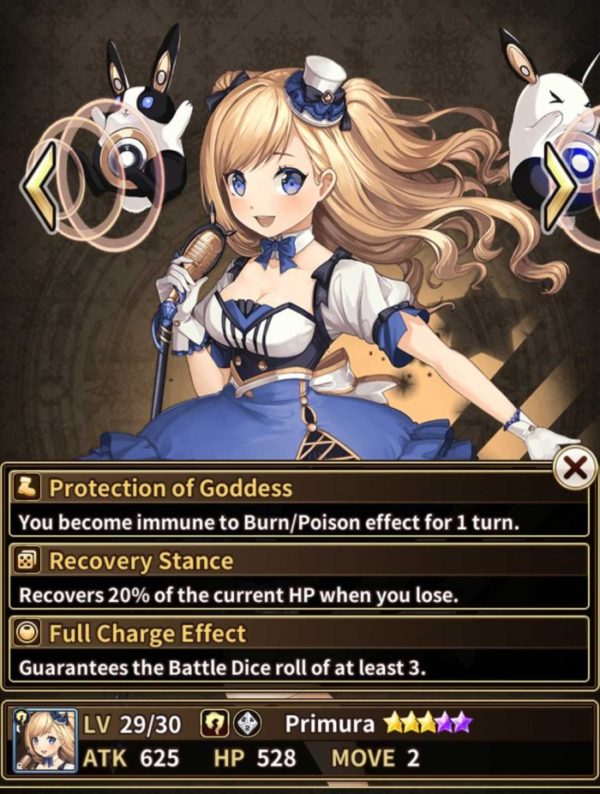 I’d suggest putting a pair of similar defensive dicers like Primura into your team because she provides you with a defensive shield that will be integral during boards that have tons of traps. 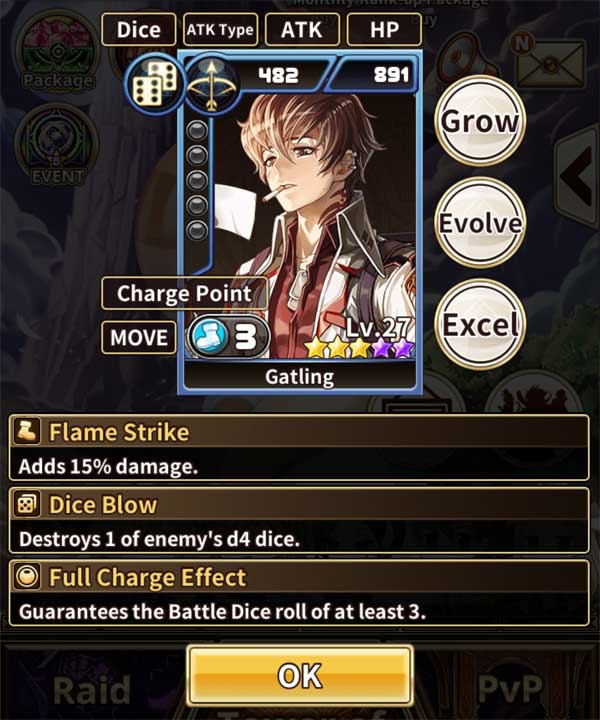 The third and last Dicer ability you have to consider is the full charge effect. This ability, just like the enhance dice abilities aren’t also frequently used in the earlier stages of the game. But in PvP, where battles are longer and or in Raid battles where you need to dish out a high DPS, Full Charge effects are integral in keeping not only yourself safe, but also to bring down the roof on your opponents. 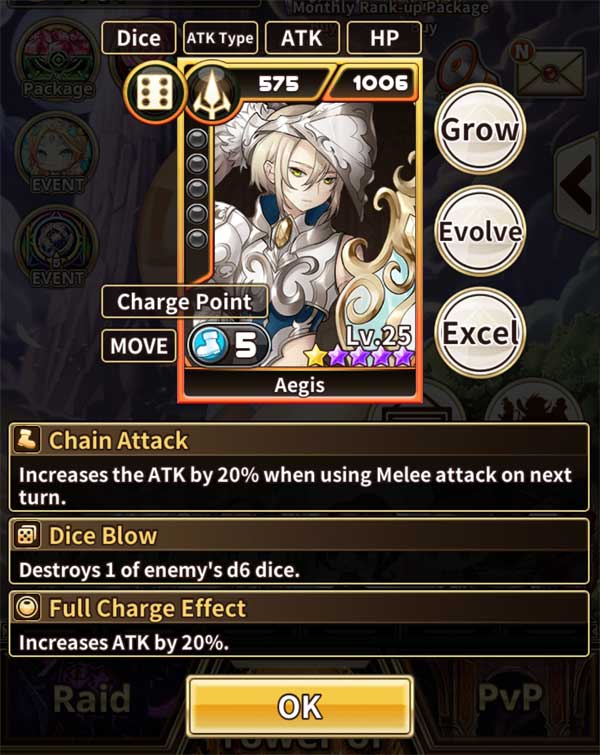 For this one, I don’t have any strong suggestions because this would primarily be based on the build you have for the team. But as always, remember to balance out the offensive full charge abilities with the utilities because you can only use one per turn.