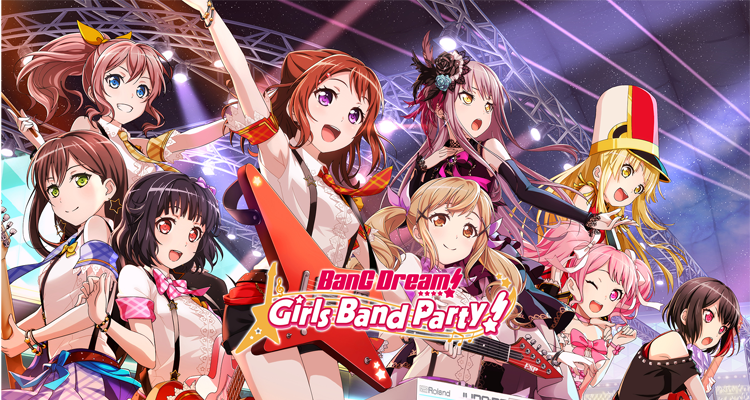 A pre-registration campaign was held for the game in the beginning of February and has garnered more than 30,000 pre-registrations to date. As such, all players will receive a bonus amounting to a total of 500★ (in-game credits) when they log into the game for the first time.

BanG Dream! Girls Band Party! is a simple but exciting rhythm game that is easy to pick up. As well as having many original songs to play, fans of anime will be delighted to find many covered versions of popular anime songs such as “Silhouette”, “Butter-Fly”, “Guren no Yumiya”, and “Soul’s Refrain”. One unique function of the game is the completion of songs together with a maximum of 5 players through the “Multi Live”.

The popular game is part of a mixed media franchise titled BanG Dream! Project. The project consists of elements such as comics and live performances by voice actresses of the corresponding characters and original animation.