The Turnabout Terror returns in the 6th installment of the Ace Attorney franchise. The story starts with our protagonist, Phoenix Wright, having just arrived in Khura’in, the land of spirit mediums, to visit his long time friend, Maya Fey. She has been there for 2 years and is just about to complete her training so that she may take on the title of master of her village. Unfortunately as his luck always is, he is dragged into yet another series of murders, and framed innocents, and it is up to him to find out what really happened. 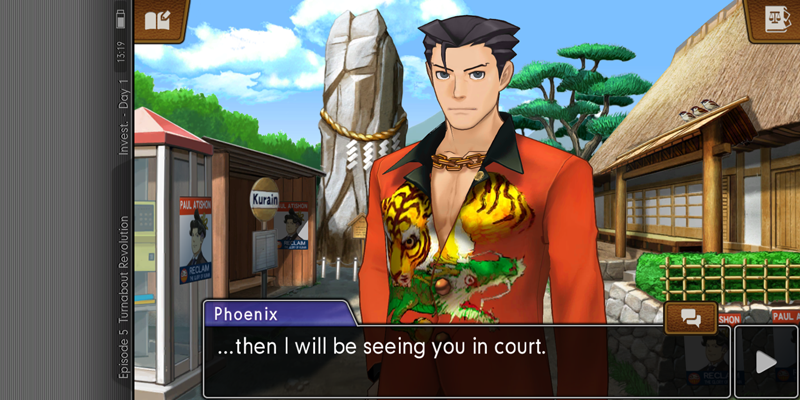 This game just like the previous 5 games is a murder mystery visual novel with 5 episodes. Players will take on the roles of the 3 lawyers of the Wright Anything agency; Phoenix Wright, Apollo Justice, and Athena Cykes. As the lawyers players will have to investigate crime scenes, cross examine witnesses, and present evidence all to find out what truly happened in each of the cases.

The game showcases complex story lines, and shocking plot twists. Along with the story the game also features a cast of wacky characters with punny names, like the monk, Alhbi Ur’gaid, or even the magician Mr. Reus. The game also has great character development, which is better enjoyed, if players have played the previous games.

The game has a very engaging storyline, encouraging players to form their own theories as the story unfolds. The game also comes with 5 episodes packed with a lot of content and plot twists, which is a staple of the franchise. Controls are really simple, and actually is more at home on the mobile phone than on the Nintendo handheld, apart from the need to have an internet connection to start the app. 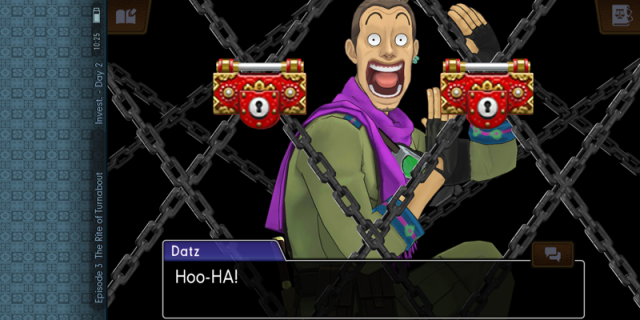 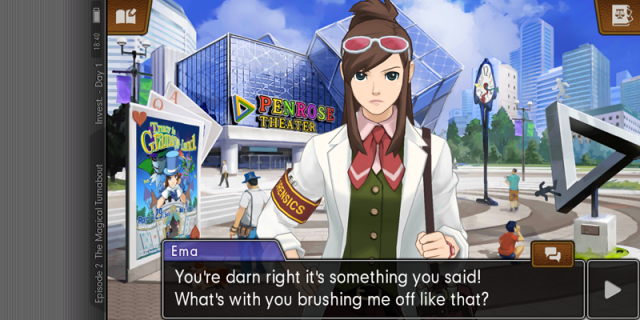